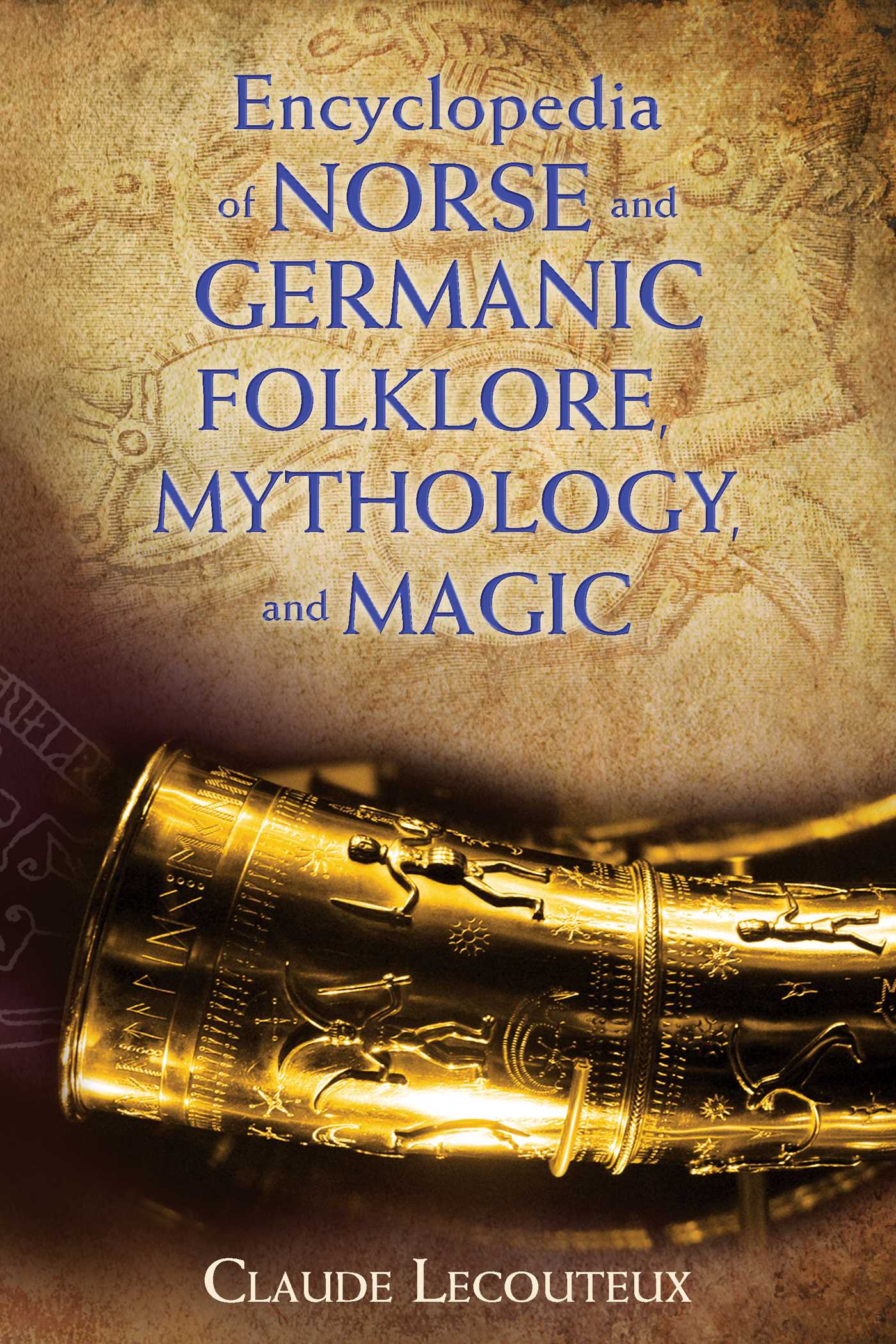 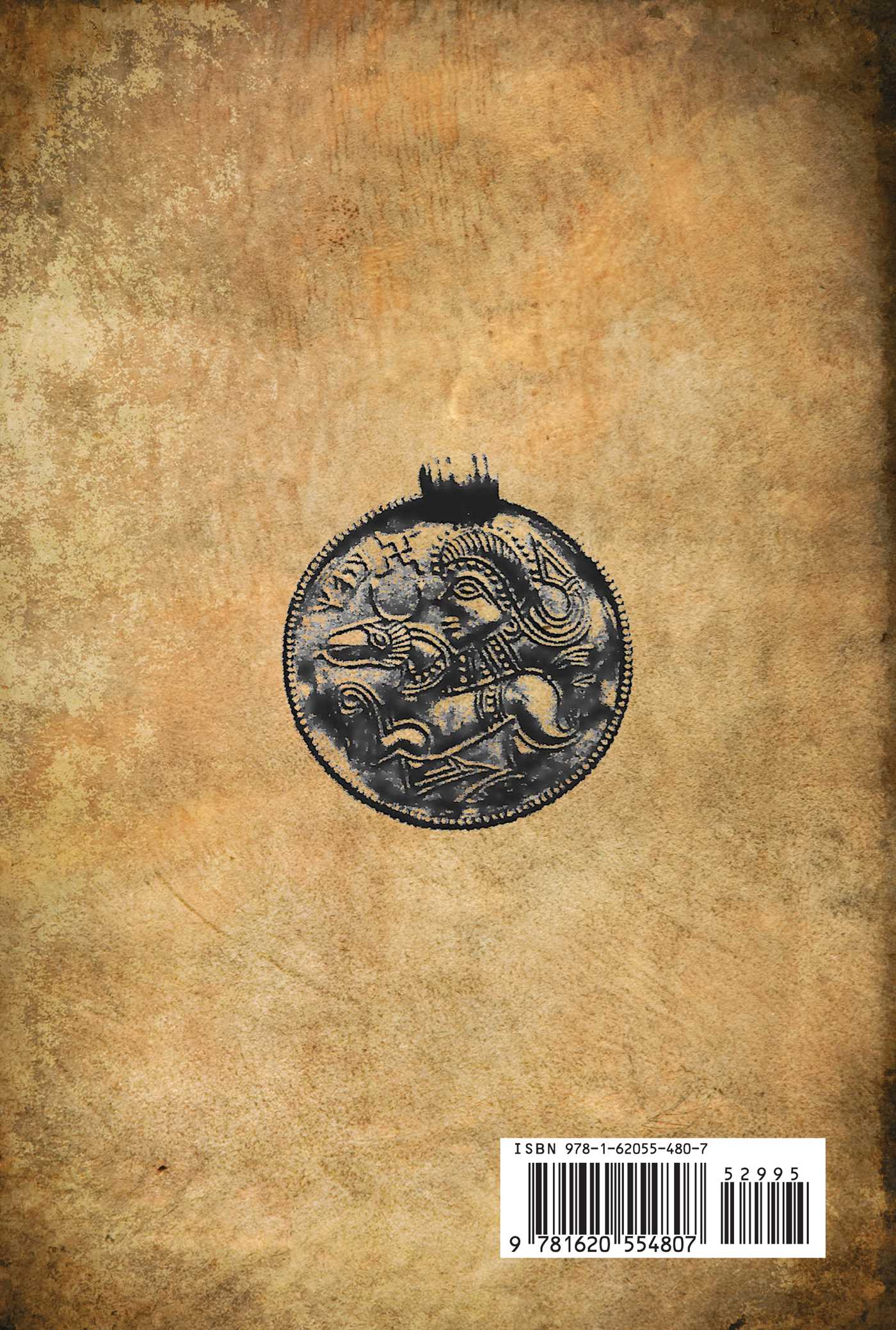 Encyclopedia of Norse and Germanic Folklore, Mythology, and Magic

The legends of the Norse and Germanic regions of Europe--spanning from Germany and Austria across Scandinavia to Iceland and England--include a broad range of mythical characters and places, from Odin and Thor, to berserkers and Valhalla, to the Valkyries and Krampus. In this encyclopedia, Claude Lecouteux explores the origins, connections, and tales behind many gods, goddesses, magical beings, rituals, folk customs, and mythical places of Norse and Germanic tradition.
More than a reference to the Aesir and the Vanir pantheons, this encyclopedia draws upon a wealth of well-known and rare sources, such as the Poetic Edda, the Saga of Ynglingar by Snorri Sturluson, and The Deeds of the Danes by Saxo Grammaticus. The author describes the worship of the elements and trees, details many magical rituals, and shares wild folktales from ancient Europe, such as the strange adventure of Peter Schlemihl and the tale of the Cursed Huntsman. He also dispels the false beliefs that have arisen from the Nazi hijacking of Germanic mythology and from its longtime suppression by Christianity.
Complete with rare illustrations and information from obscure sources appearing for the first time in English, this detailed reference work represents an excellent resource for scholars and those seeking to reconnect to their pagan pasts and restore the old religion.

THE SURVIVAL OF THE GODS

The ancient mythological figures that have survived Christianization are rare. After a transitional period during which paganism and Christian faith were commingled, they only survived on the level of language: in frozen expressions and metaphors. This is how “Odin” and “Troll” became synonyms for the devil. Some figures were transformed and incorporated into folk legends--the Troll became a dwarf in Scandinavia and the Shetland Islands, where it is called drow--but examination of charms and spells reveals their persistent survival.

During the eighteenth century, Odin became the leader of the Wild Hunt, as we are informed by the scholar Johann Peter Schmitt in 1742:

It is said in particular that this younger Odin was an archmagician and had no peer in the arts of making war. This is why some people have sought to see his name Woden as a derivative of “to rage” (wüten). Further, no one is unaware of the senseless belief held by countless folk, especially some hunters, that the time around Christmas and on the eve of Carnival is when the one called Woor or Goor or the wild huntsman passes. They say the devil organizes a hunt with a troop of rapping spirits. If we get to the bottom of this superstition, we see that it emerged from the story of this younger Odin, and that the common man thinks that Odin/Wotan passes. This is why a company of ghosts is called the Furious Army, Eotan’s/ Odin’s Army, Gooden’s Army, or the Army of Odin.

In tandem with the scholarly mythology, passed down by the ancient mythographers, there is a network of constantly evolving representations and beliefs. An image of a distinctive world emerges from this in which elemental and supernatural beings are no longer residents of a remote pantheon but live in close proximity to humans--in the forests and mountains, beneath the stones, and so forth. We sometimes find the faded figures of high mythology here, but we also find many elements that are not present. The bulk of these creatures, which are labeled as fantasy creatures today, continue to live in tales and legends, a source that should never be overlooked. The work of the Grimm brothers, for example, provides a fine overview, with its proliferation of nixies and kobolds, ogres and giants, changelings and dwarves, not to mention the major figures like Dame Holle or Holda, Percht, the Faithful Eckhart,
or the Cursed Huntsman.

German romantic poets and writers, in the footsteps of Herder and the Grimm brothers, took hold of themes, creatures, and folk beliefs that we can now also see in Frédéric de la Motte-Fouqué’s Undine, Adalbert de Chamisso’s Peter Schlemihl, by way of The Alder King, Lorelei, and Tannhäuser.


Encyclopedia of Norse and Germanic Folklore, Mythology, and Magic

ABWASCHL: The “washer” is a rapping spirit (poltergeist) of the Alpine meadows where the herds are taken in summer. He takes possession of these areas once the herds are taken back into the valleys for the winter, washing and scraping all the utensils left behind while making such a racket that all who pass by flee in terror. Sometimes he shows up to express his irritation when a cowherd goes dancing without his master’s permission.

ÆGIR: Sea giant whose name means “merman.” He possesses all the features of a sea god. His other names are Gymir and Hler; the latter name can be found in Hlesey, which means “Isle of Hler” where he resides. He is the son of Fornjotr and the sea goddess Ran is his daughter or wife. He has nine daughters who are identified with the waves. Their names are: Himinglaeva, Blodughalda, Hefring, Dufa, Udr, Hrönn, Bylgja, Bara, and Kolga.

AESIR: One of the two major families of the Germanic pantheon, the other being the Vanir.

The Aesir consist of Odin and his sons, Thor and Baldur, as well as the following deities: Njördr, Freyr, Tyr, Heimdallr, Bragi, Vidar, Vali, Ullr, Hoenir, Forseti, and Loki. The Asyniur are Frigg, Freyja, Gefjon, Idunn, Gerdr, Sigyn, Fulla, Nanna, to which are sometimes added Eir, Ljöfn, Lofn, Var, Vör, Syn, Hlin, Snotra, and Gna. The Aesir live in Asgardr, and the more important among them have homes whose names are known to us. They are primarily of the martial function (the second function according to Dumézil), but spill over into the first (royalty/priesthood) and the third (fertility/productiveness).

ALBERICH 1 (“Powerful Elf ”): The elf or dwarf who is defeated by Siegfried in the Nibelungenlied (Song of the Nibelung). Alberich guards the treasure of Achilbung and Nibelung, mythical rulers whose names refer to mist and water--and he owns the cape of invisibility known as the Tarnkappe (called the cape folette in old French). In the Norse Deed of Sigurd, he corresponds to Andvari. He entered French letters under the name of Aubéron and English letters as Oberon.

ALBERICH 2 (Elberich): In the legend of the Lombard king, Otnit, the dwarf Alberich is the father of heroes. He is invisible to everyone except to Ortnit, who wears a magic ring that Alberich gave to his mother. This guardian dwarf provides assistance to her son, Otnit, who is seeking to wed the daughter of the sultan Machorel who lives
at Muntabur (Mount Thabor). He gives the king a full suit of armor and the sword Rose. During the campaign against the infidels, Alberich plays all kinds of tricks on the pagans, breaking their idols and throwing their weapons into the castle moat. He makes fun of Machorel, who is unable to see him.

“For libraries with specialized collections in anthropology, folklore, and mythology.”

Encyclopedia of Norse and Germanic Folklore, Mythology, and Magic