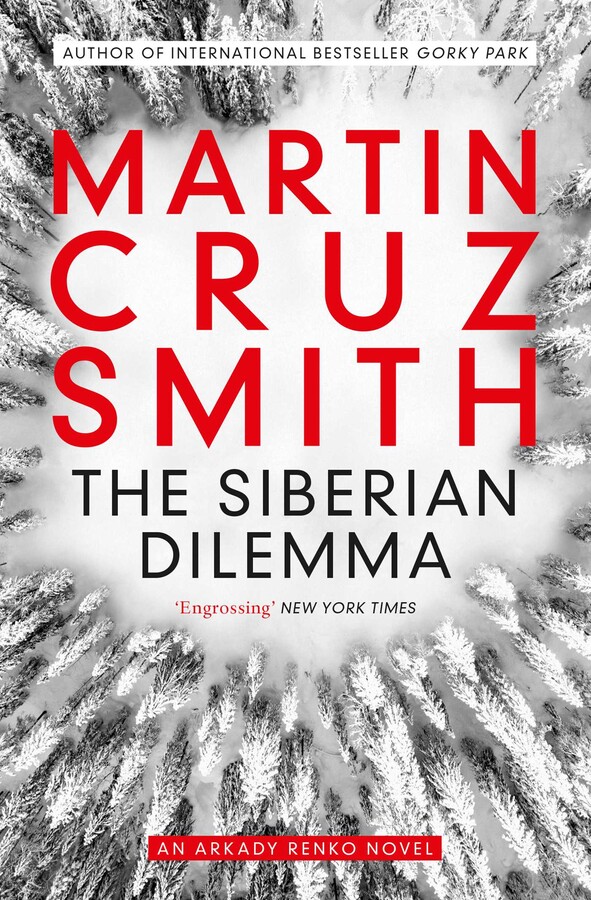 'Martin Cruz Smith’s deftness of touch, lightness of humour and depth of knowledge are on display as ever in The Siberian Dilemma' Observer

Investigator Arkady Renko, described as ‘one of the most compelling figures in modern fiction’ by USA Today, finds himself travelling deep into Siberia when journalist Tatiana Petrovna disappears on a case.

Journalist Tatiana Petrovna has disappeared. Arkady Renko, iconic Moscow investigator and Tatiana’s on-off lover, hasn’t seen her since she left on a case over a month ago. No one else thinks Renko should be worried – Tatiana is known to disappear during deep assignments – but he knows her enemies all too well and the criminal lengths they will go to keep her quiet. Given the opportunity to interrogate a suspected assassin in Irkutsk, Renko embarks on a dangerous journey to Siberia to find Tatiana and bring her back.

Renko finds Siberia to be a land of shamans and brutally cold nights, oligarchs wealthy on northern oil and sea monsters that are said to prowl the deepest lake in the world. With these forces at work against him, Renko will need all his wits about him to get Tatiana out alive.

Martin Cruz Smith’s novels include Gorky Park, Stallion Gate, Nightwing, Polar Star, Stalin’s Ghost, Rose, December 6, Tatiana, The Girl from Venice, and The Siberian Dilemma. He is a two-time winner of the Hammett Prize, a recipient of the Mystery Writers of America’s Grand Master Award and Britain’s Golden Dagger Award, and a winner of the Premio Piemonte Giallo Internazionale. He lives in California.

More books in this series: The Arkady Renko Novels