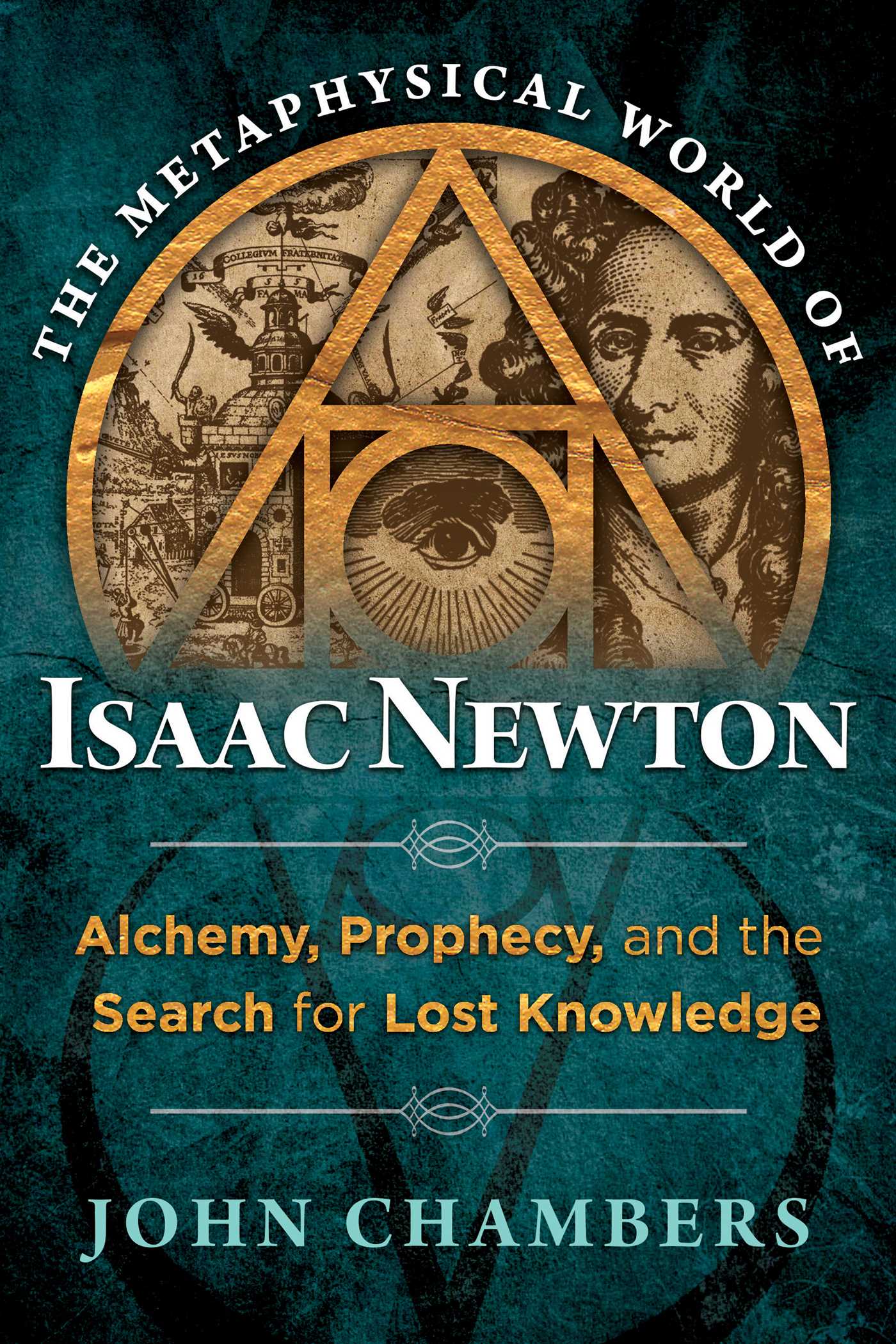 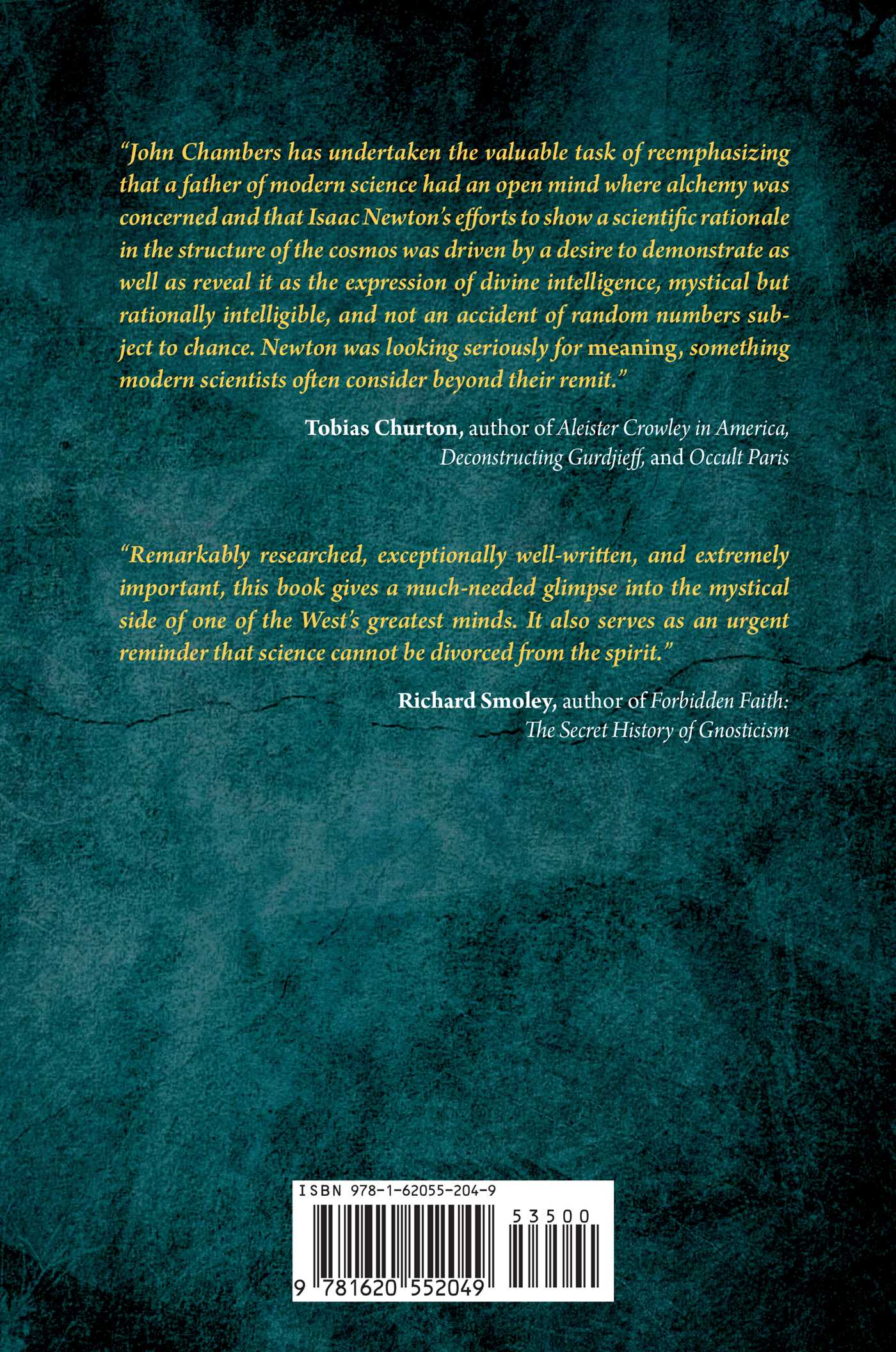 The Metaphysical World of Isaac Newton

Alchemy, Prophecy, and the Search for Lost Knowledge

By John Chambers
LIST PRICE £25.00
PRICE MAY VARY BY RETAILER

Isaac Newton (1643-1727) is still regarded by the world as the greatest scientist who ever lived. He invented calculus, discovered the binomial theorem, explained the rainbow, built the first reflecting telescope, and explained the force of gravity. In his famous masterpiece, Principia Mathematica, he described the mechanics of the physical universe with unimagined precision, proving the cosmos was put together according to laws. The perfection of these laws implied a perfect legislator. To Newton, they were proof that God existed. At the same time Newton was writing Principia Mathematica, he was writing a twin volume that he might have called, had it been completed, Principia Theologia--Principles of Theology. This other masterpiece of Newton, kept secret because of the heresies it contained, consists of thousands of essays providing equation-incisive answers to the spiritual questions that have plagued mankind through the ages. Examining Newton’s secret writings, John Chambers shows how his brilliance extended into alchemy, spirituality, the search for lost continents such as Atlantis, and a quest to uncover the “corrupted texts” that were rife in the Bibles of his time. Although he was a devout Christian, Newton’s work on the Bible was focused not on restoring the original Jewish and Christian texts but on rediscovering the one true religion that existed prior to the Flood of Noah, when science and spirituality were one. The author shows that a single thread runs through Newton’s metaphysical explorations: He is attempting to chart the descent of man’s soul from perfection to the present day. The author also examines Newton’s alternate timeline of ancient history and his study of prophecy through the Book of Revelations, including his prediction of an Apocalypse in the year 2060 followed by a radically transformed world. He shows that Newton’s great hope was that these writings would provide a moral compass for humanity as it embarked upon the great enterprise that became our technological world.
Chapter 18
Son of Archimedes

In 1694, word got around the scientific community that Isaac Newton had gone mad.

Christiaan Huygens wrote in his journal that he had been told that Isaac Newton, the celebrated mathematician, eighteen months previously, had become deranged in his mind, either from too great application to his studies, or from excessive grief at having lost, by fire, his chemical laboratory and some papers. Having made observations before the Chancellor of Cambridge, which indicated the alienation of his intellect, he was taken care of by his friends, and being confined to his house, remedies were applied, by means of which he has lately so far recovered his health as to begin to again understand his own Principia.2

Huygens took it for granted that Newton's career was ended. The mathematician John Wallis was informed in the summer of 1695 by the philosopher Johann Christoph Sturm that Newton's house and all his books had been destroyed in a fire and that Newton himself was “so disturbed in mind thereupon, as to be reduced to very ill circumstances.”3

Wallis knew this wasn't the case; that Newton had had a nervous breakdown; and told Sturm so. 3 Two other Englishmen, both of them very distinguished, had known about the breakdown from the start: Samuel Pepys, the diarist and chief administrator of the Royal Navy, and the philosopher John Locke. On September 13, 1693, Pepys had received a letter from Newton that read:

I am extremely troubled by the embroilment I am in, and have neither ate nor slept well this twelve month, nor have my former consistency of mind. I never designed to get anything by your interest, nor by King James's favor, but am now sensible that I must withdraw from your acquaintance, and see neither you nor the rest of my friends anymore.4

Being of opinion that you endeavored to embroil me with women and by other means I was so much affected with it as that when one told me you were sickly and would not live I answered 'twere better you were dead. I desire you to forgive me this uncharitableness.5

Newton confessed that he had accused Locke in the presence of others of trying to set him up with prostitutes. He apologized for harboring evil thoughts that he was an immoral man and a follower of the atheist Thomas Hobbes. Newton signed the letter:

Your most humble and most unfortunate servant, Is. Newton.”6

Pepys and Locke responded calmly and compassionately to these letters. Richard Westfall writes: “One cannot sufficiently admire Pepys and Locke. Confronted without warning with such letters, neither gave thought to taking offense. Rather both assumed at once that Newton was ill and acted accordingly.7

Pepys made discreet inquiries at Cambridge and received reassurances that Newton was perfectly sane, though he had been indisposed. Two months later, the diarist sent the mathematician a dignified letter in which, rather than inquire about Newton's health, he set him a complex question about gambling odds; not only was Pepys testing Newton's powers of reasoning, but he needed the information for a lottery investment he was making. (Newton solved the problem upon receiving the letter, and mailed the answer the next day.)

Locke replied with a letter that was a simple expression of, in Dr. Westfall's words, “humanity and forgiveness, a tender witness of his ‘love and esteem.’”8

By the end of 1693, Newton was apparently his old self again. He sent apologies to both men, explaining, as he had already done to Pepys, that for a year he had been in a state of exhaustion and anxiety that culminated in his not being able to sleep for more than an hour a night for two weeks

and not being able to sleep at all for five days. His letters, he assured them, were solely the result of his sadly disordered state of mind at the

What caused Newton's nervous breakdown? It's easy to say it was the immense labor of writing the Principia Mathematica. But that book had been completed six years before. Was mercury poisoning a factor? Newton had been doing alchemical experiments almost every day for thirty years, and almost every day he tested mercury on the tip of his tongue. And we can’t discount the role Newton’s young protégé Nicholas Fatio de Duillier might have played, but he was only an element. Perhaps there is a more fundamental reason.

Newton had his nervous breakdown at about the time he decided to leave Cambridge and look for a position in London. He didn’t actually move to London until 1695, but the decision was made in 1693, and it unleashed in Newton a storm of conflicting psychic forces that immobilized him for many weeks and sent the rumor flying about Europe that he had gone mad.

Up until early 1687, when he was completing Book Three of the Principia Mathematica, Newton was not much interested in the world beyond the gates of Trinity College, and relatively innocent of the evil that flared up often in the bloody arena of Augustan political life. What little he knew of evil, he’d gleaned from the ancient tomes.

But this second-hand exposure to evil wasn’t enough to make Newton heed the warning of Moses and Pythagoras that the highest knowledge should be hidden from the commonality of mankind if only for its own sake, since the ordinary run of man and woman couldn’t be expected to do more than misunderstand and abuse such knowledge, and might well turn it to evil purposes. He took this seriously--but not seriously enough to make him say no to Edmund Halley when the latter begged him to write a book that would reveal Newton’s own highest knowledge to the world. Instead, he went ahead with the Principia.

Something was about to happen that would make Newton regret his decision.

He was about to have a personal encounter with evil.
John Chambers

John Chambers (1939-2017) had a Master of Arts in English degree from the University of Toronto and spent three years at the University of Paris. He was the author of Victor Hugo’s Conversations with the Spirit World, The Secret Life of Genius, and The Metaphysical World of Isaac Newton. He published numerous articles on subjects ranging from ocean shipping to mall sprawl to alien abduction and contributed essays to Forbidden Religion: Suppressed Heresies of the West.

John Chambers has undertaken the valuable task of reemphasizing that a father of modern science had an open mind where alchemy was concerned and that Isaac Newton’s efforts to show a scientific rationale in the structure of the cosmos was driven by a desire to demonstrate as well as reveal it as the expression of divine intelligence, mystical but rationally intelligible, and not an accident of random numbers subject to chance. Newton was looking seriously for meaning, something modern scientists often consider beyond their remit.”

“Remarkably researched, exceptionally well-written, and extremely important, this book gives a much-needed glimpse into the mystical side of one of the West’s greatest minds. It also serves as an urgent reminder that science cannot be divorced from the spirit.”

"In this detailed book, the late academic Chambers (1939-2017) takes readers into the strange spiritual and occult world of Isaac Newton (1643-1727). Newton, known primarily as a physicist, a mathematician, and the author of Principia Mathematica, also practiced alchemy, researched prophetic biblical notions, and wrote extensively on theology and religion.The book is aimed squarely at Newton fans, who will be delighted by Chambers’s insightful, thorough investigation."

"Though I have studied both theology and philosophy through my academic career and practice astrology professionally, I was consistently bombarded with new information about all of these topics. Chambers, who unfortunately has passed since this book was published, has done a tremendous job of documenting his historical research and bringing it together for a cohesive and insight look into the theological studies of Newton. I highly recommend The Metaphysical World of Isaac Newton for anyone interested in ancient history, science, astronomy, alchemy or theology."

The Metaphysical World of Isaac Newton

Alchemy, Prophecy, and the Search for Lost Knowledge

By John Chambers
LIST PRICE £25.00
PRICE MAY VARY BY RETAILER