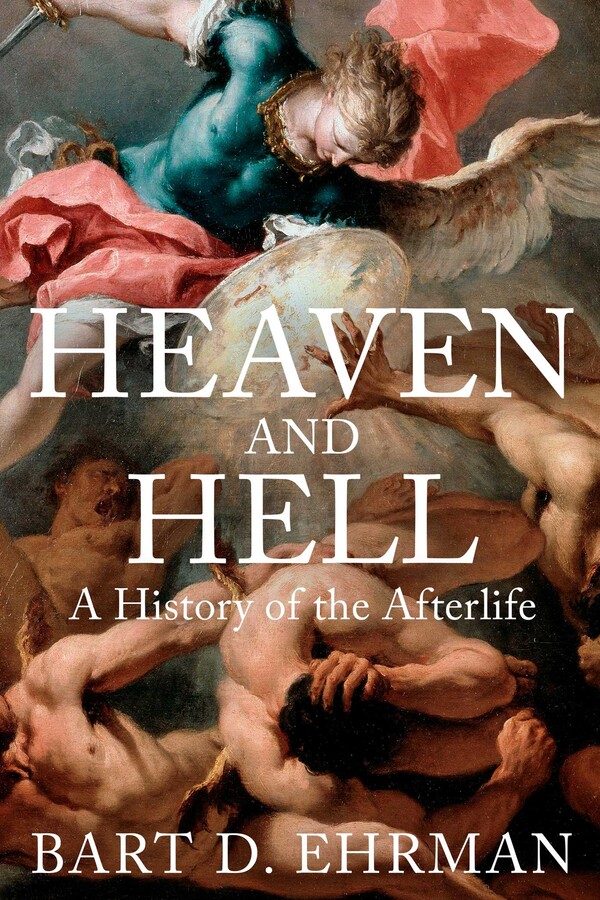 A History of the Afterlife

Whether we believe in them or not, we are all familiar with the concepts of heaven and hell. There was a time, however, when no one thought they would go to either of these places after they died. In fact, Jesus didn’t believe a dead person’s soul was bound for heaven or hell, and these ideas are nowhere to be found in the Old Testament. So, where did they come from?

From the Epic of Gilgamesh to the writings of Augustine, Bart Ehrman provides a fascinating and thought-provoking history of the afterlife. He traces how beliefs changed over time and reveals the social, cultural and historical roots of competing views held by Greeks, Jews and Christians. Ultimately, he shows that many of our ideas about heaven and hell emerged long after Jesus’s time, through the struggle to explain the injustices of our world.

‘[Ehrman’s] is a vast learning worn wonderfully lightly and he is an engaging but expert guide around how religious ideas were formed and shaped our world.’

‘Many redoubtable volumes have been written about all this, but Ehrman, who already has more than two-dozen books on early Christianity under his belt, merrily blows the dust off the subject.’

‘Ehrman, as always, writes in a very accessible way, and gives the reader plenty to think about.’

‘A number of religions and philosophies give detailed accounts of post-mortem existence; in this learned and highly readable book, Bart Ehrman offers a tour of the whole field… There are many nuances possible here; Ehrman presents them all with great clarity and massive scholarship.'

‘This elegant history explores the evolution of the concept of the afterlife in Western thought... Well-trod subjects are presented with engaging clarity, and more contentious theories are laid out carefully.’

‘As lucid, learned and fascinating as ever, Ehrman has written a brilliant book on a profoundly important topic. Wonderful.’

‘Do after-life threats and promises distract from this-world problems and hopes? Could heaven and hell be options in the present here-and-now rather than locations in the future then-and-here? Read this book and think.’

‘There’s no one I’d rather read on what Christians believe, and why they believe it, than Bart Ehrman. This is a wise and fascinating book.’

‘Ehrman’s eloquent understanding of how death is viewed through many spiritual traditions is scintillating, fresh, and will appeal to scholars and lay readers alike.’

‘Ehrman writes like a great storyteller, and he rivals Dante’s Virgil as a guide into mysterious realms.’

‘Ehrman’s ongoing project of thinking critically about belief has never mattered more – not only to rescue culture from fundamentalism but also to retrieve an authentic language in which to express hopes that might outweigh death.’

‘Honest discussion about this is long overdue… [‘Heaven and Hell’] is a wide-ranging book.'

A History of the Afterlife