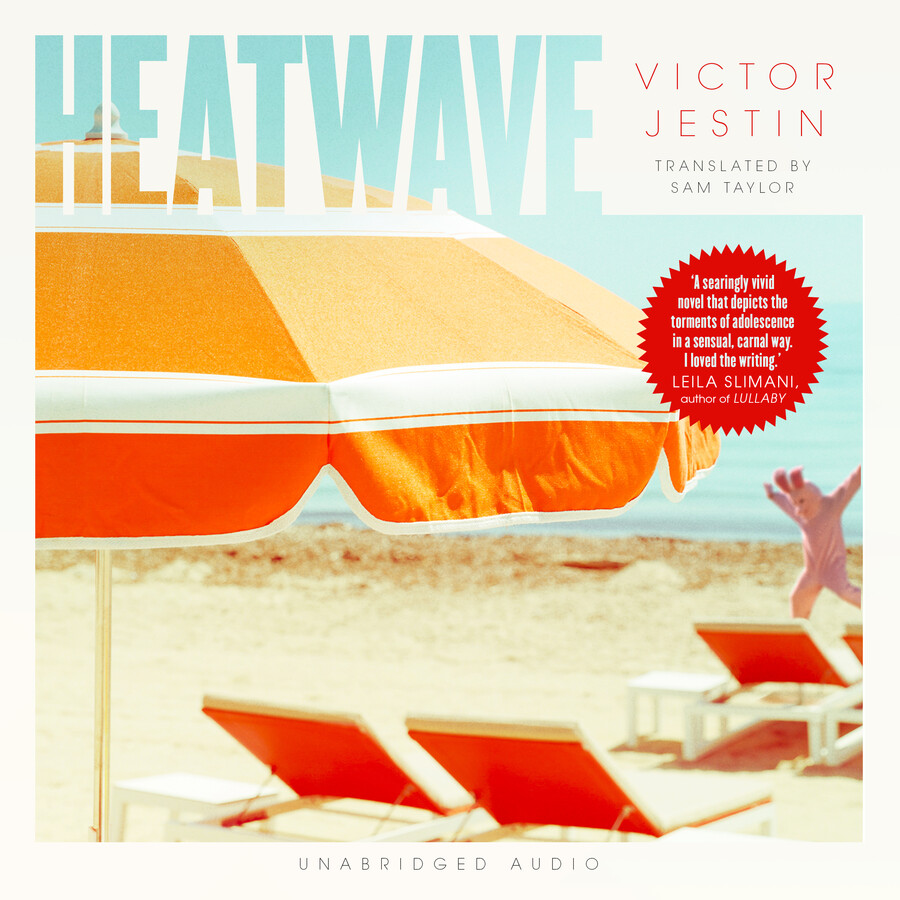 Oscar is dead because I watched him die and did nothing.

Translated by Sam Taylor, translator of Lullaby by Leila Slimani, The Truth about the Harry Quebert Affair by Joël Dicker and HHhH by Laurent Binet

Leonard is an outsider, a seventeen-year-old uncomfortable in his own skin who is forced to endure a family camping holiday in the South of France. Tired of awkwardly creeping out of beach parties after only a couple of beers, he chooses to spend the final Friday night of the trip in bed. However, when he cannot sleep due to the sound of wild carousing outside his tent, he gets up and goes for a walk.

As he wanders among the dunes, he sees Oscar, one of the cooler kids, drunk in a playground, hanging by his neck from the ropes of a swing. Frozen into inaction, he watches Oscar struggle to breathe until finally his body comes loose and falls lifeless to the ground. Unable to think straight, he buries Oscar in the sand and returns to the campsite where, oppressed by the ferocious heat and the weight of what he did and did not do, he will try to spend the remaining hours of the holiday as if nothing had happened.

Told over the space of a long weekend, this intense and brilliant novel is the story of an adolescent struggling to fit in. Heatwave is a gripping psychological thriller that poses the existential question:

Is doing nothing sometimes the very worst thing you can do?

"This is a searingly vivid novel that depicts the torments of adolescence in a sensual, carnal way. But it is also a profound meditation on the mystery of evil, our deadly urges, and the savagery that lies deep within each of us. I loved the writing, which is spare but highly evocative, and I admired the way that the author used the enclosed world of the campsite to fuel the claustrophobic tension that mounts throughout."  Leila Slimani, author of Lullaby and Adèle

‘Eerie, propulsive, sexy, and unsettling, Victor Jestin’s Heatwave carries the coming-of-age novel into darkly surprising new territory. With echoes of the films of Francois Ozon, this intense, slim novel is a hot summer read that lingers long after you finish the last page’ Laura Sims, author of Looker

‘Jestin’s charged and chilling debut turns on a stifling vacation that descends from purgatory into a nightmarish inferno’ Publishers Weekly
?
‘With a searing voice, Victor Jestin captures the stale air of tents, the cheap music, the guys disguised in pink bunny suits who force you to have fun, teenagers as poignant as they are idiotic, rage, desire, absurdity. In effect, scorching’ Grazia

Victor Jestin is 25 years old. He grew up in Nantes and now lives in Paris. Heatwave is his first novel.