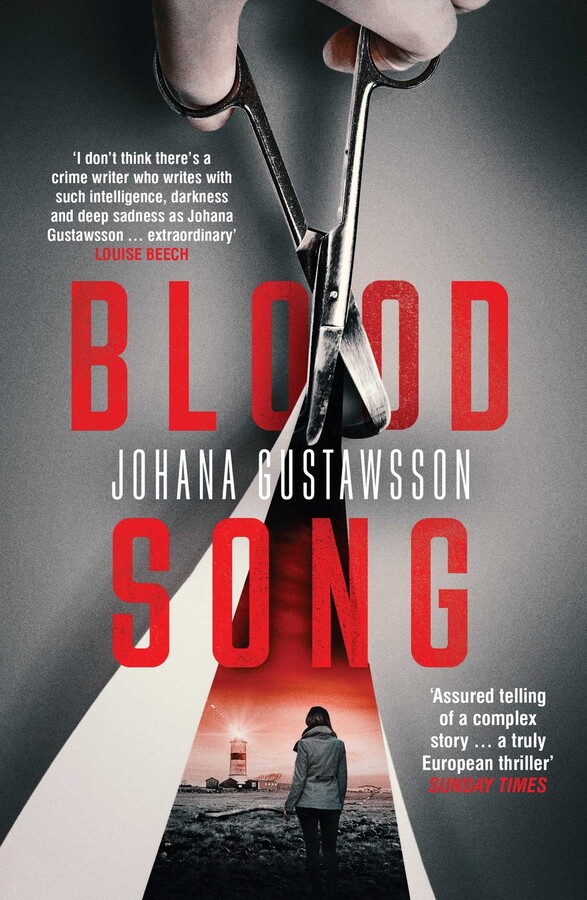 The action swings from London to Sweden, and then back into the past, to Franco’s Spain, as Roy & Castells hunt a monstrous killer … in the latest instalment of Johana Gustawsson’s award-winning, international bestselling series.

***Longlisted for the CWA International Dagger***

‘Historical sections highlight, in distressing detail, the atrocious treatment of mothers-to-be in Franco’s Spain … A satisfying, full-fat mystery’ The Times

Spain, 1938: The country is wracked by civil war, and as Valencia falls to Franco’s brutal dictatorship, Republican Therese witnesses the murders of her family. Captured and sent to the notorious Las Ventas women’s prison, Therese gives birth to a daughter who is forcibly taken from her.

Falkenberg, Sweden, 2016: A wealthy family is found savagely murdered in their luxurious home. Discovering that her parents have been slaughtered, Aliénor Lindbergh, a new recruit to the UK’s Scotland Yard, rushes back to Sweden and finds her hometown rocked by the massacre.

Profiler Emily Roy joins forces with Aliénor and soon finds herself on the trail of a monstrous and prolific killer. Little does she realise that this killer is about to change the life of her colleague, true-crime writer Alexis Castells. Joining forces once again, Roy and Castells’ investigation takes them from the Swedish fertility clinics of the present day back to the terror of Franco’s rule, and the horrifying events that took place in Spanish orphanages under its rule.

Terrifying, vivid and recounted at breakneck speed, Blood Song is not only a riveting thriller and an examination of corruption in the fertility industry, but a shocking reminder of the atrocities of Spain’s dictatorship, in the latest, stunning instalment in the award-winning Roy & Castells series.

‘Her sleuths tracking a monstrous killer, transporting us from modern-day fertility clinics in Sweden to the abuses of Spanish orphanages under the brutal rule of General Franco … a truly European thriller’ Financial Times

‘Gritty, bone-chilling, and harrowing – it’s not for the faint of heart, and not to be missed’ Crime by the Book

‘A relentless heart-stopping masterpiece, filled with nightmarish situations that will keep you awake long into the dark nights of winter’ New York Journal of Books

‘Intricately plotted, visceral and emotional the author ramps up the tension and the unfolding keeps the reader guessing to the very end. Scenes are raw, vivid and gripping’ Promoting Crime

‘I don’t think there’s a crime writer who writes with such intelligence, darkness and deep sadness as Johana Gustawsson. This was extraordinary’ Louise Beech

‘Blood Song caught and has held onto my thoughts, it is clever, provocative, and a seriously good read’ LoveReading

‘A fascinating and engrossing read, but also one that I found intensely harrowing, deeply intimate and which made me cry’ Live & Deadly

‘A real page-turner, I loved it’ Martina Cole

Born in 1978 in Marseille and with a degree in political science, Johana Gustawsson has worked as a journalist for the French press and television. She married a Swede and now lives in London. She was the co-author of a bestseller, On se retrouvera, published by Fayard Noir in France, whose television adaptation drew over 7 million viewers in June 2015. Her debut, Block 46, became an international bestseller, with Keeper following suit. She is working on the next book in the Roy & Castells series.
Follow Johana on Twitter @JoGustawsson