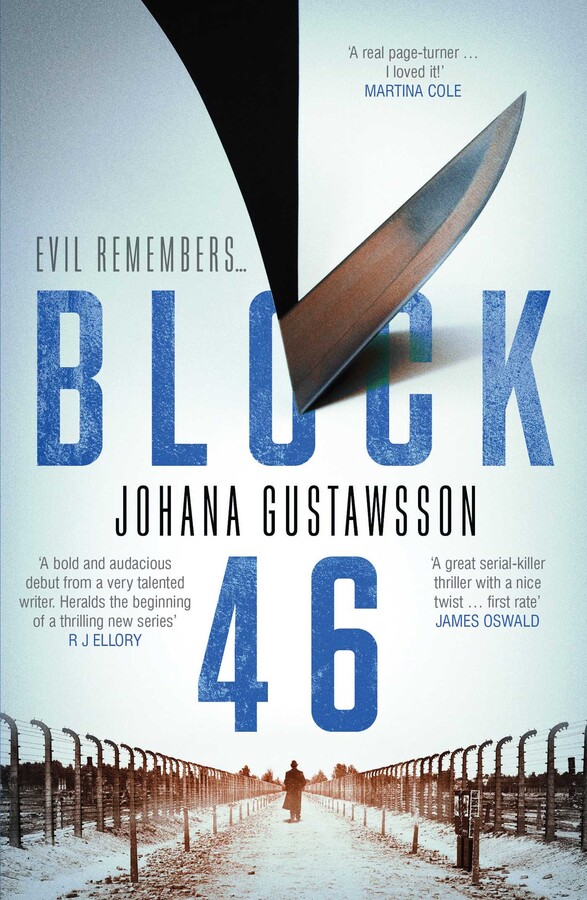 The hunt for a serial killer takes criminal profiler Emily Roys and true-crime writer Alexis Castells from London to Sweden, and back into the past, to Buchenwald Concentration Camp, in the first instalment an addictive, award-winning new series from the Queen of French Noir

Hampstead Heath, London. The body of a young boy is discovered with similar wounds to Linnea's.

Buchenwald Concentration Camp, 1944. In the midst of the hell of the Holocaust, Erich Hebner will do anything to see himself as a human again.

Are the two murders the work of a serial killer, and how are they connected to shocking events at Buchenwald?

Emily Roy, a profiler on loan to Scotland Yard from the Canadian Royal Mounted Police, joins up with Linnea's friend, French true-crime writer Alexis Castells, to investigate the puzzling case. They travel between Sweden and London, and then deep into the past, as a startling and terrifying connection comes to light.

‘A terrific, original duo’ The Times

‘Multi-layered, superbly plotted, brimming with mystery, tension and bone-chilling violence, and with two very different – but equally fascinating – lead female characters, Block 46 is not for the squeamish or faint-hearted … this is a book that has the power to shock and the artistry to impress long after the last page has turned’ Lancashire Post

‘A bold and audacious debut from a very talented writer. Heralds the beginning of a thrilling new series’ R J Ellory

‘A truly unique and chilling blend of Nordic Noir’s dark atmosphere … gritty, bone-chilling, and harrowing – it’s not for the faint of heart, and not to be missed’ Crime by the Book

‘A real page-turner, I loved it’ Martina Cole

‘There’s a touch of Hannibal Lector in this one, and the final plot twists are harsh and sudden. You’ll want to double check the door locks and keep a few extra lights on, as you read … the suspense is brutal’ Kingdom Books

Born in 1978 in Marseille and with a degree in political science, Johana Gustawsson has worked as a journalist for the French press and television. She married a Swede and now lives in London. She was the co-author of a bestseller, On se retrouvera, published by Fayard Noir in France, whose television adaptation drew over 7 million viewers in June 2015. Her debut, Block 46, became an international bestseller, with Keeper following suit. She is working on the next book in the Roy & Castells series.
Follow Johana on Twitter @JoGustawsson