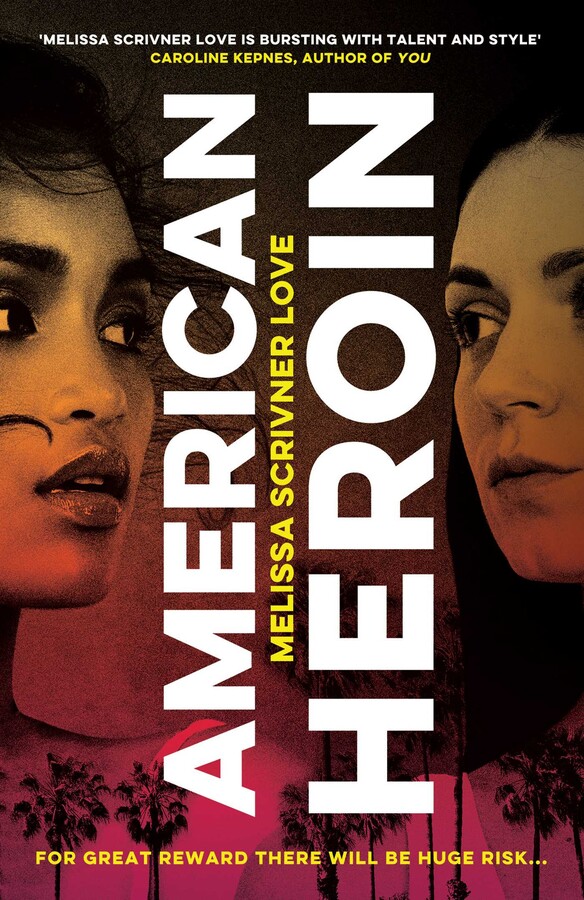 
American Heroin is the eagerly-awaited sequel to Lola, featuring a ruthless woman who will stop at nothing to protect her growing drug empire

It took sacrifice, pain, and more than a few dead bodies, but Lola has clawed her way to the top of her South Central Los Angeles neighborhood. Her gang has grown beyond a few trusted soldiers into a full-fledged empire, and the influx of cash has opened up a world that she has never known. But with great opportunity comes great risk, and as Lola ascends the hierarchy of the city’s underworld she attracts the attention of a dangerous new cartel who sees her as their greatest obstacle to dominance. Soon Lola finds herself sucked into a deadly all-out drug war that threatens to destroy everything she’s built.

But even as Lola readies to go to war, she learns that the greatest threat may not be a rival drug lord but a danger far closer to home: her own brother.

Edgy, complex, and breathtakingly propulsive, Melissa Scrivner Love has crafted a novel sure to please not only those who loved her first book but everyone who enjoys a gripping thriller.

'The story of Lola, the Latina Los Angeles drug kingpin, reaches its second book, taking the narco novel into unfamiliar areas: family ties and female friendship. But it's still a tough, violent world, and Lola must outsmart friend, foe and lover to remain on top. Long may she reign.'

‘A shot in the arm. Melissa Scrivner Love delivers the goods with a pure fix of adrenaline that doesn’t subside until the final page. In Lola, we have a character who feels all too rare in contemporary crime fiction – a protagonist who’s prepared to fight tooth and nail for everything she holds dear, including her own compassion. American Heroin is addictive. A rip-through-it-in-one-sitting thrill ride that will leave readers hooked.’

– Joseph Knox, author of Sirens and The Smiling Man

‘Melissa Scrivner Love has done the near impossible: She’s made us care deeply about a gang-leading drug dealer, her friends, her enemies, and her world. And done it beautifully. Lola is a marvellous creation, brave but soft, smart but not mistake-proof, unique but completely believable. In short: American Heroin is a terrific book.’

‘Raw, gritty, and excruciatingly real, Melissa Scrivner Love’s American Heroin features one of the most brutal and conflicted anti heroines in new crime fiction. Lola Vasquez is a ruthless gang leader and a protective mother, funneling heroin to her South Central Los Angeles neighbourhood in order to finance a life for her daughter and her mother away from the mayhem she herself inflicts. A can’t-look-away, just-one-more-page thriller, American Heroin opens a window into a pitiless world where loyalty is rewarded and betrayers pay the price.’

‘Melissa Scrivner Love’s latest has an engine that won’t quit and a heroine I couldn’t help but love. Damaged, brilliant, loyal to a fault, Lola lives by her own code, straddling a chasm between motherhood and drug queenpin that runs down the center of her own heart. American Heroin is a white-hot bullet of a book that blasts its way under your skin and stays there – do not miss this ride.’

‘Hardboiled crime fiction with a twenty-first century twist; fast, gritty, aware and explosive with an anti-hero who breaks the mould…. Lola is a class act. A bleak noir that plays the theme of male dominated gangs and the toxic macho atmosphere on the streets. Take a deep breath before you start, it might be a while before you come up for air.’

‘A fascinating read….adds increasing depth to an already unforgettable character.’

'A brilliant debut, a bleak and cynical noir set in the patriarchal gangland world of LA's South Central.’ Irish Times

'A worthy sequel to the author's debut and continues Lola Vasquez's story nicely.'