A lesson in Dark Academia 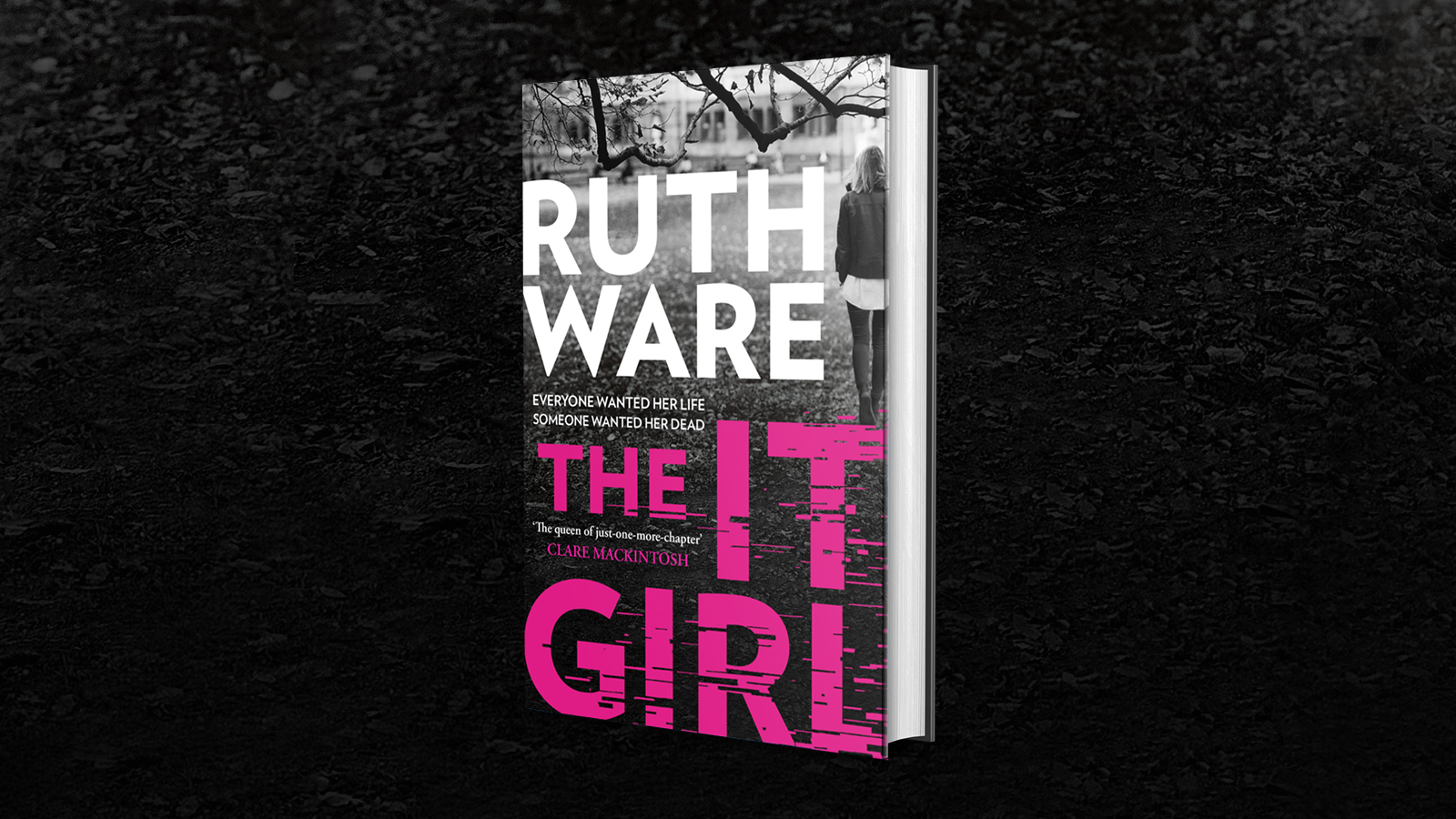 The It Girl author Ruth Ware reveals the Dark Academia books and films that inspired her new novel...

A closed community. Passionate friendships. The pressure-cooker stress of academic success… or failure. It’s no wonder that boarding schools and universities make some of the best settings for murder – in fact it’s surprising to me that there aren’t more whodunnits centred on colleges.

I’ve set two of my books in the halls of “dark academia” – The Lying Game takes place at Salten House, a kind of last-resort private boarding school for girls who have been kicked out of more selective institutions, or who, like my main character Isa, find themselves with no other options.

I’m often asked whether I went to boarding school or an Oxford College myself, but the rather mundane truth is that I went to a regular state school, and later to Manchester University – both of which featured plenty of fun and a fair amount of the kind of bad behaviour exhibited in both The Lying Game and The It Girl but thankfully absolutely no murder.

If you loved The It Girl or The Lying Game, or you’re as obsessed with dark academia as I am, here are a few of the books and films that fed into my novels, all simply begging to be added to your watchlist or “to be read” pile.

The Secret History by Donna Tartt

I don’t know if you can call Donna Tartt the Grandmother of Dark Academia because she’s not old enough to be one, but leafy, exclusive Hampden College is certainly one of my favourite academic settings, and The Secret History is one of the most delicious examples of the genre. This isn’t exactly a whodunnit, as we know from the outset exactly who dies and our narrator’s complicity in it. Perhaps it would be better described as a whydunnit. Either way, Tartt’s slow unravelling of her protagonist, Richard Papin, is masterful. The star of the show however has to be louche, contradictory Hampden itself – a place where you can walk past a Brideshead Revisited scene of students arguing over Virgil beneath an ancient oak, and then stumble straight into a keg party.

I’ve written before about Josephine Tey, and the fact that her novel Brat Farrar was an inspiration for The Death of Mrs Westaway, so it's probably not a surprise to see one of her novels included on this list – a murder mystery set in a boarding college that specialises in physical education. Although this is, ultimately, a whodunnit, the murder doesn’t actually take place until a long way into the book, which is both its strength and weakness. The first half of the book isn’t really about detection at all – but rather a long set up for the crime, which makes the beginning a little slow. However the strength is that we are absorbed into this closed community, and slowly confronted with the realisation that not only is one of its members going to be murdered, one of them is going to be the killer too.

A different sort of question lies at the heart of this inspired reimagining of Les Liasons dangereuses – will the unspeakable Kathryn and Sebastian succeed in their systematic destruction of the lives of the other students at their exclusive prep school, or will they receive their comeuppance? Reese Witherspoon is luminous as the unsuspecting innocent who wanders into their orbit, but somehow psychopaths are always the most fun characters – both to read and watch – and Sarah Michelle Geller as Kathryn has never been better or badder than in this role.

I was very annoyed not to be able to get a college Gaudy into The It Girl, because one of my first introductions to the bell jar atmosphere of Oxbridge life was via this clever whodunnit, centred around just such an event – Gaudy being the Oxford name for a college reunion. Harriet Vane takes centre stage here over her lover, Sayers’ longtime sleuth Lord Peter Wimsey, when she returns, somewhat reluctantly, to her old alma mater. Harriet is expecting to spend a few days catching up with old friends and fending off questions about her own scandalous past. Instead she discovers a very nasty poison pen is at work – and is persuaded to stay on at the college to try to solve the mystery. The alluring spell of Oxford’s dreaming spires is beautifully evoked here, but if you’ve never read Sayers before I probably wouldn’t advise starting with this book. As well as having some particularly annoying examples of classism and academic snobbishness, it’s the culmination of a decade-long love affair between Harriet and Peter, and you really need to go back at least to Strong Poison to understand the context.

I can’t pretend that this is remotely crime – although of course it does have a death at the heart of it (if you haven’t seen it, take tissues). But it’s one of my favourite boarding school settings, and when I first watched it at around 12 or 13, it was my first introduction to a different kind of school experience. In contrast to Enid Blyton’s wholesome hockey sticks and midnight feasts, The Dead Poets’ Society shows students in rebellion – drinking, smoking, and trying to find out who they are – with their school acting both as a conduit and a constraint for the type of person they want to be. With its arcane rules, cliques and complicated teacher-student relationships, it definitely fed into both The It Girl and The Lying Game.

One of Us is Lying by Karen McManus

This one is a whodunnit, a whydunnit, a howdunnit – all the questions really. Unlike the others on this list it’s not set in a residential institution, but at a regular everyday high school. But here McManus shows that you don’t need to eat and sleep somewhere to feel trapped by its walls. When internet gossip Simon Kelleher dies during detention, the finger points at the four students in the room with him at the time. Which one of them is lying – or are all of them? The solution is twistily clever, and although the novel is classed as YA, readers my age who remember The Breakfast Club will enjoy the sly winks to the 80s classic.

This is probably the most obscure pick on the list – a 1970s slasher horror set and filmed at Toronto University, which I somehow got hold of on VHS as a student myself. Back then it was really hard to find – these days it occasionally pops up on Amazon prime. One of the earliest slasher movies, it both set and upended a lot of what later became tropes of the genre. It’s also absolutely quintessential dark academia – deeply chilly with a truly unsettling ending. 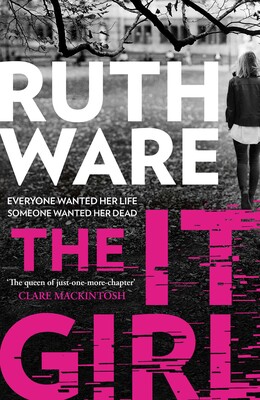 The It Girl
By Ruth Ware

She needs to know the truth.

Because if the killer wasn’t a stranger, it's someone she knows…

Praise for The It Girl:

'A cracking read – and that ending!' Shari Lapena

'Every Ruth Ware novel is a unique and unexpected gem and this one is no exception. A heady, tense, slowburn dream of a book, multi-layered and steeped in atmosphere and peril. I loved every page' Lisa Jewell

‘Ruth Ware’s richly-textured The It Girl is at once an engrossing murder mystery while also a perfectly crafted and haunting examination of lost youth and the compromises of adulthood, as a woman unpicks the past secrets of her university friends to finally lay to rest her murdered best friend, the dazzling April. Reminiscent of The Secret History, Ware has surpassed herself with this gripping, absorbing whodunnit. I loved it! All hail the Queen' Sarah Pinborough

‘If you ever idly wish that Agatha Christie would write a new book, Ruth Ware has got you covered. The It Girl has all the clues, twists and red herrings you could wish for, in a thoroughly modern setting. An impeccably constructed mystery from start to finish' Jane Casey

'It’s brilliant. Ruth is the master of the fiendishly twisty, yet completely believable, plot' Elly Griffiths

'Just finished The It Girl by Ruth Ware and now my life is divided in two: before and after. Before: cool, calm, chilled. After: What? No! OMG! A wild ride that’s deliciously twisting, with countless gasp-out-loud moments' Janice Hallett

'A new Ruth Ware is always a treat and The It Girl is one of her best.  You can almost see her smiling as she feeds you the little morsels that should help you work everything out - if only you were as clever as Ruth! As sleek and chilling as a knife between the ribs' Sarah J. Naughton

‘Clever. Compelling and with a terrific sense of place. Ruth Ware’s The It Girl grips to the end’ Jane Shemilt