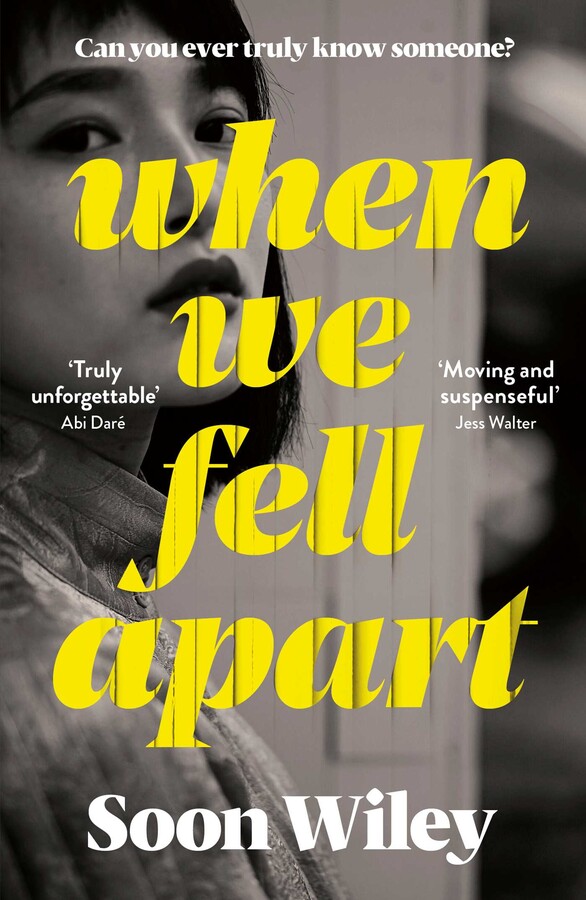 When We Fell Apart

By Soon Wiley
LIST PRICE £9.49
PRICE MAY VARY BY RETAILER

'Takes on the friction between family bonds, cultural expectations, and personal desires in a way that feels both urgent and intensely real . . . For me the true heart of the book was Min, and his search for a sense of belonging that neither America nor Korea is quite able offer him. His story is truly unforgettable' Abi Daré, New York Times bestselling author of The Girl with the Louding Voice

When the Seoul police inform Min that his girlfriend Yu-jin has taken her own life, he’s sure it can't be true. She was successful, ambitious, happy, just on the cusp of graduating from university and claiming the future she’d always dreamed of.

Min, on the other hand, born to an American father and Korean mother, has never felt quite the same certainty as Yu-jin about his life’s path. After growing up in California, where he always felt ‘too Korean’ to fit in, he’s moved to Seoul, hoping that exploring his Korean heritage will help him find a sense of purpose. And when he meets Yu-jin, little does he know that their carefree relationship will set off a chain of events with tragic consequences for them both.

Devastated by Yu-jin’s death, Min throws himself into finding out why she could have secretly wanted to die. Or did she? With a controlling and powerful government official father, and a fraught friendship with her alluring and destructive roommate So-ra, Yu-jin’s life was much more complex than she chose to reveal to Min. And the more he learns about her, the more he begins to doubt he ever really knew her at all.

For fans of Celeste Ng, this is a profoundly moving and suspenseful drama that untangles the complicated ties that bind families together – or break them apart.

Praise for When We Fell Apart

'Melancholic, atmospheric, and consistently surprising. Like Norwegian Wood, there is a minor key running through this love story played out on the frenetic and lonely streets of Seoul' Susie Yang

'In this gorgeous, poignant meditation on identity, love, and desire, Soon Wiley illuminates the liminal state of being biracial, of belonging but not, of desperately wanting the world to let you be as you are' Angie Kim

'This is a magical debut' Amy Gentry

'An absolutely mesmerizing and important novel, delving into all sorts of issues that everyone will find relatable . . . A bravado debut' Don Lee

When We Fell Apart

By Soon Wiley
LIST PRICE £9.49
PRICE MAY VARY BY RETAILER