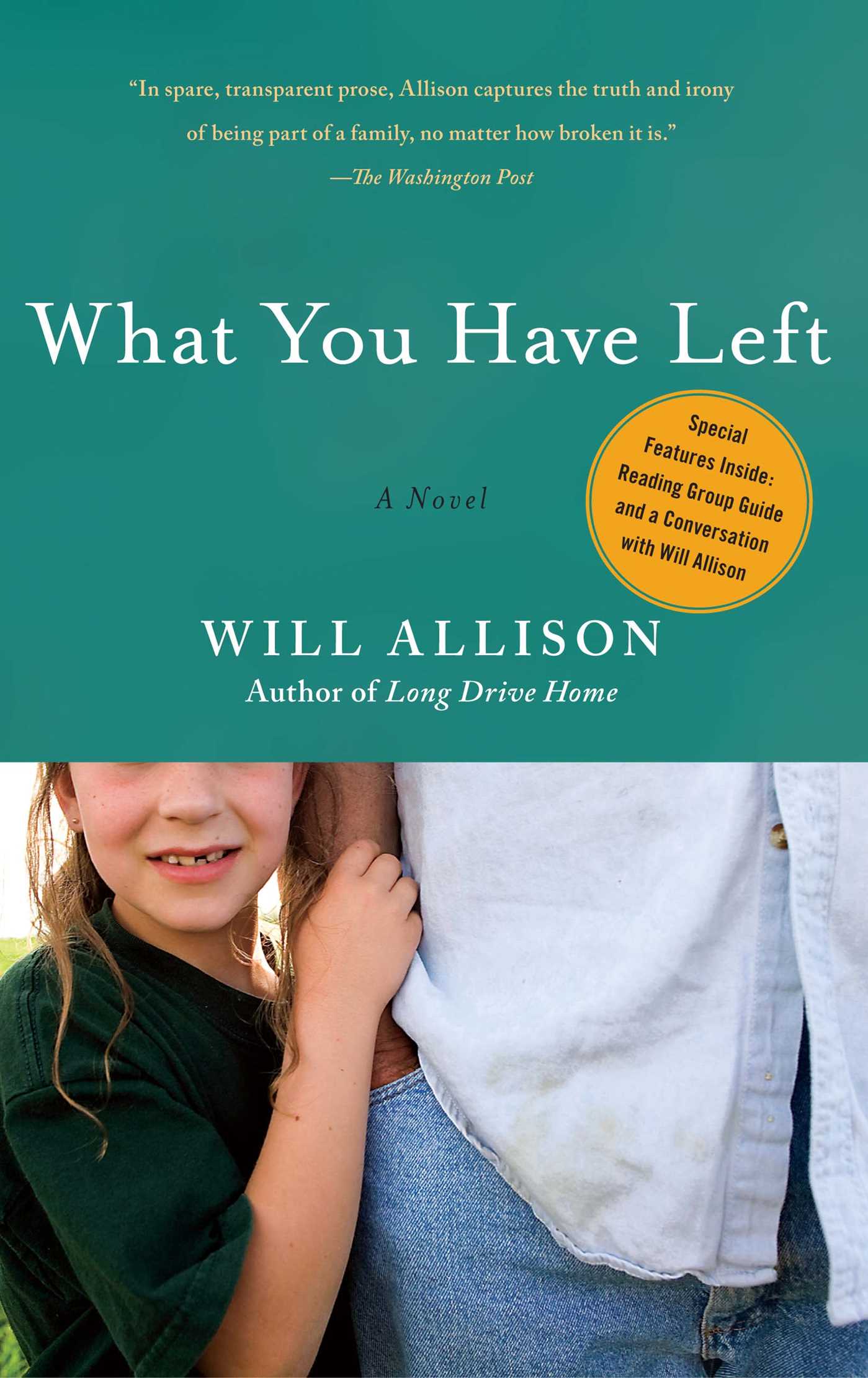 What You Have Left

By Will Allison
LIST PRICE £9.99
PRICE MAY VARY BY RETAILER

In 1976, on the day of his wife’s funeral, Wylie Greer drops off his five-year-old daughter, Holly, at his father-in-law’s dairy farm on the outskirts of Columbia, South Carolina. Wylie asks for a little time to clear his head, but thirty years pass before Holly sees her father again. What You Have Left is about a father and daughter trying to make their way back to one another across decades of longing, uncertainty, and ambivalence—all the while hoping to discover that what they have left is worth salvaging. Shot through with sly humor and a knowing sympathy for human weakness, What You Have Left is a stunning debut that explores the weight of history, the nature of loss, and the possibility of forgiveness.

By clicking 'Sign me up' I confirm that I'd like to receive updates, special offers, including partner offers, and other information from Simon & Schuster Inc. and the Simon & Schuster family of companies. I understand I can change my preference through my account settings or unsubscribe directly from any marketing communications at any time. We will send you an email with instructions on how to redeem your free ebook, and associated terms.
Reading Group Guide
Discussion Questions

1. This book doesn't start at the beginning of the story. Why do you think the author sometimes showed you the results of a character's actions before revealing his or her personal history? How might it have changed your ideas about Wylie if we read his side of the story first? How were your feelings about Cal affected by this structure?
2. The only two chapters in the novel that are narrated in the first person are chapter 3 (Lyle 1991) and chapter 8 (Holly 2007). Did it feel different to hear the characters speak for themselves in those chapters, rather than hearing their stories from a third-person narrator? How reliable are Holly and Lyle as narrators? Were there any specific passages that stood out to you in these chapters as particularly unreliable?
3. Discuss the relationship between Wylie and Lyle. Why did Lyle initially lie about having met Wylie (p. 67)? Do you think he had Holly's best interests in mind, or his own? What about his decision to switch car keys with Holly at the end of chapter 3 (p. 77) and take the blame when the police arrive? Was this an act of chivalry, or of self-interest?
4. In chapter 2 (Wylie 1971), we learn about the tragedy that befell Gladys and Lester's new baby, Nat. How do Gladys and Lester act as foils for Maddy and Wylie? Could what happened to baby Nat ever have happened to baby Holly? What evidence can you find that Wylie and Lester are different kinds of fathers? What suggests they are similar?
5. Did you view Wylie's decision to leave Holly with Cal as a selfish, or selfless, act? Is he fit for single parenthood? How do you think Holly's life would have been different if Wylie had raised her? How would she be different?
6. Lyle works in construction, and there are long, detailed passages about the projects he undertakes. How do these descriptions act as metaphors for his relationships in the book? As he is renovating Cal's home (p. 8), how is this reflected in his relationship with Holly? What about in his relationship with Cal? When he is reinforcing the foundation of the statehouse (p. 112), does the foundation of his relationship with Holly undergo any simultaneous renovation?
7. The walls of Cal's bedroom are made of pecky cypress, a desirable kind of wood that was once considered trash. "What makes pecky hard to find...is that you can't tell if a cypress is infected until you chop down the tree and cut it open (p. 6)." How is the pecky cypress like the Alzheimer's that runs in Cal's family? Why is it meaningful that Cal got the pecky cypress from the scrap pile at his father's sawmill?
8. Is it significant for you that Wylie and Maddy's relationship began while each of them was dating somebody else? How did learning about Dale and Sheila affect how you felt about Wylie and Maddy? Do you think they were really committed to one another?
9. Many of the characters in the novel battle addictions. What are some of the addictions the characters struggle with? Did any characters succeed in overcoming their addictions? How did the addictive personalities of the characters affect their relationships?
10. An interest in car racing seems to be almost genetic in the novel. How do the characters use their mutual interest in racing to remain close to one another? How does it pull them apart? What did you see as Maddy's primary obstacles? Did she really have to stop racing when she had Holly? How did the sexism she endured affect her relationship to the sport? Do you think racing will play a role in Claire's future, and, if so, will she have to face the same issues her grandmother faced?
11. When Holly and Wylie are finally reunited in chapter 8 (Holly 2007), Wylie's short-term memory has been jeopardized as the result of a seizure caused by a lifetime of drinking. He is convinced that he tried to contact Holly in recent years but got no response. Holly realizes that without the benefit of short-term memory, he is simply believing what he would like to be true. In this circumstance, is it the thought that counts? Do you believe that Wylie does in fact wish he had contacted Holly sooner?
12. How does car racing act as a metaphor for the relationships in the story? Which ones are going around in endless circles? Who is leading the race in different chapters? Who is trailing behind? Which relationships are more like Wylie's figure-8 races, characters just dodging a head-on collision?
13. Why did Holly steal Wylie's videotapes of his visit with her and Claire (p. 208)? Was this a final act of vengeance against the father that left her? Or did she want the tapes for herself and Claire? Will Wylie even remember?
14. At the end of What You Have Left, what do the characters have left? Is Wylie's memory loss a curse, or a blessing in disguise? Do Lyle and Holly have each other? Does Claire have everything she needs? Are you hopeful for the future of this family?

1. Holly and Lyle come to own an antique mall. Check out some antique auctions online at www.TIAS.com and www.Collectics.com. Or visit an antique fair or flea market in your hometown. For a full list: http://www.fleamarketguide.com/.
2. Cal, Holly, and Lyle met weekly for Bloody Marys. Why not mix up a pitcher for your book club?
1 quart tomato juice
1 cup vodka
1 tbsp lime juice
1 tbsp Worcestershire sauce
1/2 teaspoon Tabasco
lime slices
celery
Mix tomato, vodka, lime juice, Worcestershire sauce, and Tabasco in a pitcher. Stir and pour into cocktail glasses with ice. Garnish with lime slices and a stalk of celery.
3. After Wylie's accident, he practices CR -- calorie restriction -- to increase his longevity. Learn about calorie restriction at www.calorierestriction.org or www.wikipedia.org/wiki/Calorie_restriction.
4. Learn more about Will Allison at www.willallison.com. 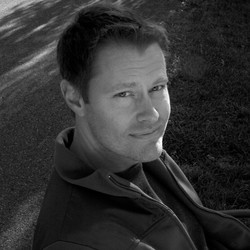 What You Have Left

By Will Allison
LIST PRICE £9.99
PRICE MAY VARY BY RETAILER

More books from this author: Will Allison