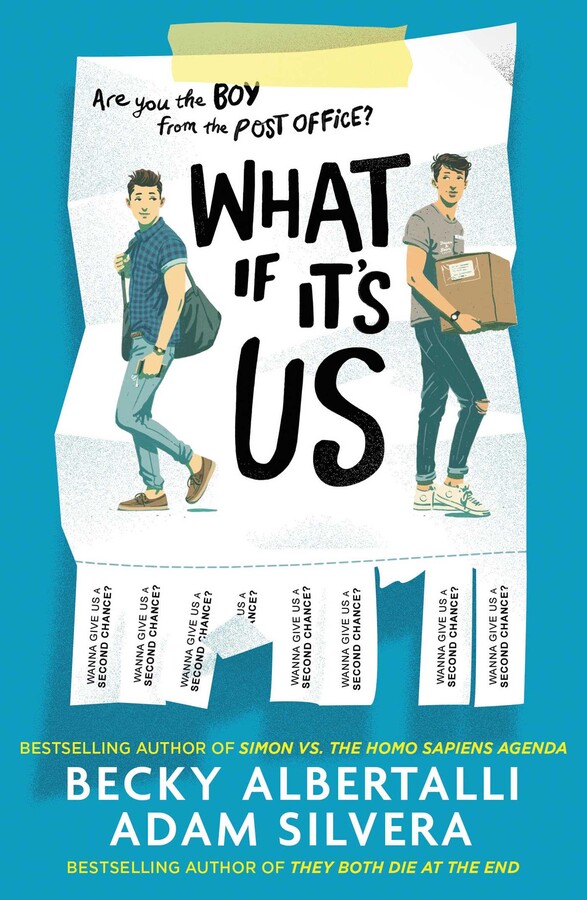 What If It's Us

By Adam Silvera and Becky Albertalli
LIST PRICE £7.99
PRICE MAY VARY BY RETAILER

From INTERNATIONAL BESTSELLING authors Adam Silvera (They Both Die At The End) and Becky Albertalli (Simon vs. The Homo Sapiens Agenda) comes a long-awaited collaboration about two very different boys who can't decide if the universe is pushing them together or pulling them apart.

Soon to be a feature film, adapted by the creator of 13 Reasons Why!

ARTHUR is only in New York for the summer, but if Broadway has taught him anything, it’s that the universe can deliver a showstopping romance when you least expect it.

BEN thinks the universe needs to mind its business. If the universe had his back, he wouldn’t be carrying a box of his ex-boyfriend’s things.

But when the boys have a chance meeting at the post office, they leave wondering what exactly the universe does have in store for them.

What if - in a city of eight million people - they can't find each other again?

What if they do ... and then can’t nail a first date even after three do-overs?

What if Arthur tries too hard to make it work and Ben doesn’t try hard enough?

What if life really isn’t like a Broadway play?

PRAISE FOR WHAT IF IT'S US:

'Romantic, realistic and sweet, this perfectly captures New York, teenage love and life in that gray area when you're not quite an adult and not quite a child either.' Lauren James, author of The Loneliest Girl in the Universe

'A phenomenal talent.' Juno Dawson, author of Clean and Wonderland

'The love child of John Green and Rainbow Rowell.' Teen Vogue
Adam Silvera
Adam Silvera is the No.1 international bestselling author of They Both Die at the End and many more novels. He was born and raised in New York City and now writes full-time in Los Angeles.
Becky Albertalli

What If It's Us

By Adam Silvera and Becky Albertalli
LIST PRICE £7.99
PRICE MAY VARY BY RETAILER