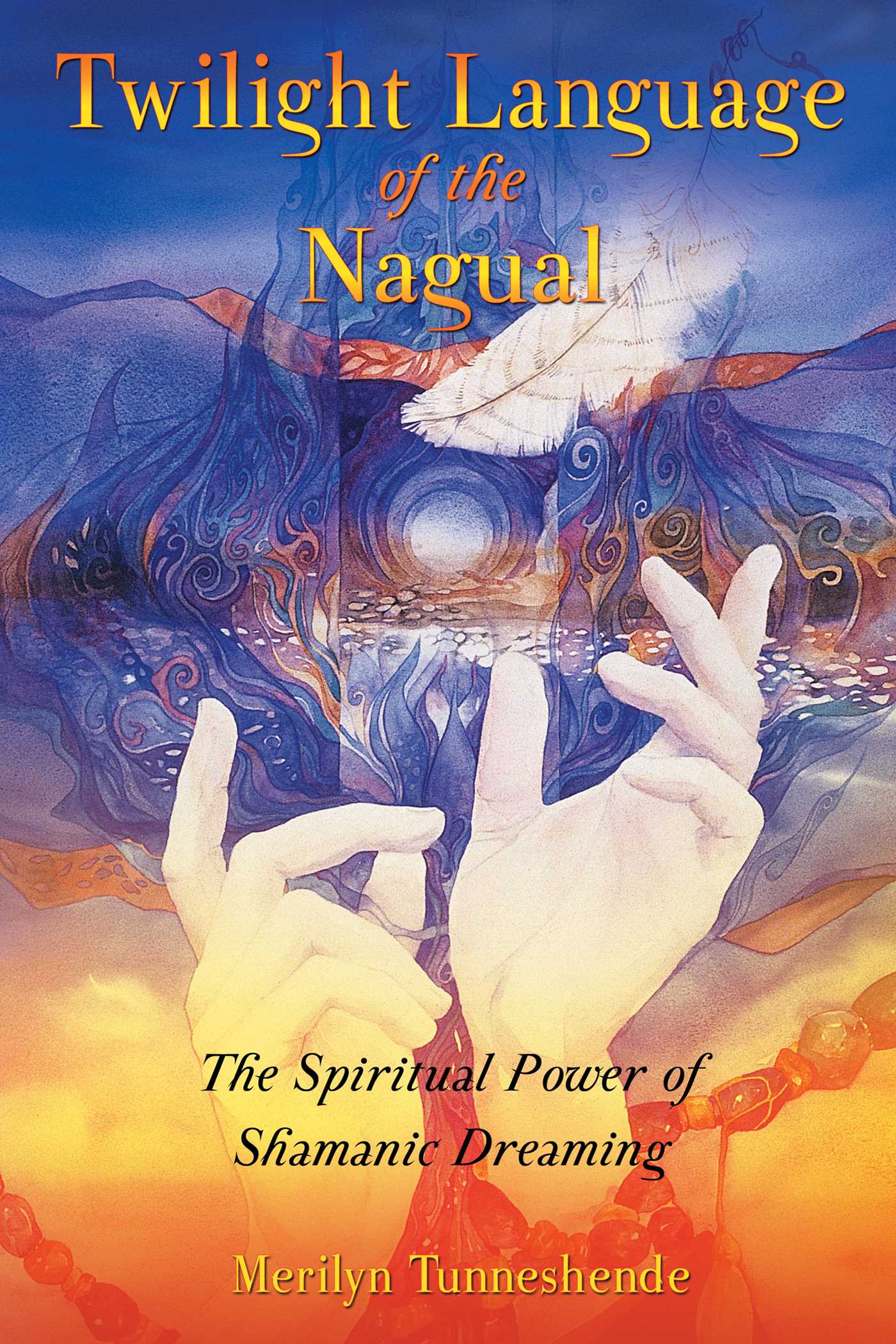 Twilight Language of the Nagual

The Spiritual Power of Shamanic Dreaming

By Merilyn Tunneshende
LIST PRICE £7.99
PRICE MAY VARY BY RETAILER

Twilight Language of the Nagual is a shamanic and spiritual account that illuminates the author’s experiences under the tutelage of don Juan Matus, the Toltec shaman who mentored Carlos Castaneda, and the sorceress doña Celestina. The author journeys from a mountaintop peyote pilgrimage of the Huichol people of western Mexico to the home of Tibetan monks in Mexico City and the hut of a Mazatec mushroom shaman in a remote Oaxacan village. She learns the Twilight Language of Dreaming, an avenue for understanding the energetic gateways of human existence. Don Juan Matus defines the language of this dream power and doña Celestina tutors on sex, reproduction, and male-female affairs in relation to the state of the world.

Twilight Language enables communication between beings of the upper and lower realms. The author describes how it is possible for our individual and collective consciousness to be transported to higher levels. At the conclusion of each of her narratives she offers detailed exercises for experiences in extra-lucid dreaming as well as case studies showing how to apply dreaming techniques in the “real” world. Twilight Language of the Nagual is both a serious navigational aid to other realms revealed through dreams and an exploration of the energy techniques of dream power for healing and enlightenment.

The ominous moment arrived. There was no turning back. At 5 P.M., I was standing like an orphan waif on the corner. She appeared with her machete and off we went toward her home. She told me to call her Celestina. That was all she said. The walk to doña Celestina's house was quiet and it took us across a small wooden footbridge and past several fields of corn that all appeared to be dry-farmed. We walked in total silence for a long way and eventually arrived at a large field on the right-hand side of the road that she indicated with a movement of her machete was her own field.

We stepped across the barrier of scrub bushes into the rows of tall green cornstalks. She pulled back the tasseled husk from one very large mature ear to show me that its kernels extended all the way around in rows without missing even one single space, culminating with a final kernel at the tip from which the tassel sprouted. The colors of the kernels were like a rainbow within a cloud, concentrated in some areas and then dissolving in others, with infinite transitions.

"All of them grow this way, complete with kernels all the way to the end of the cob," she said plainly. "When an car grows this way, it's called the Mother Corn, and if you take your seed from only such an ear, over time they'll all grow like these. Look how huge and magnificent these are and how the colors vary. White shifts to gold and then turns reddish. In the next generations, the dance of colors will evolve and reconfigure like the clouds in the sky to form new patterns, different from those that are present in the seed I'll select."

"How do you get them all to grow so big?" I exclaimed.

Doña Celestina smirked again. "Well," she said, "it is true that once long ago, corn was much smaller." She showed me half her pinkie finger to indicate its original size. "But it has always been very potent, like the ancient Earth herself, and if you understand what to look for, and how to choose and combine, and if you select only the best examples for seed, then over time corn grows larger and larger, and more powerful and substantial."

"I've never seen corn quite like this," I said.

"This corn is very like I am," she replied cryptically. "Look, if you see a person with a fine horse, for example, notice the relationship. Is it one of mutual respect and love, freedom and powerful spirits, or is it a broken relationship of domination and ownership, a trained creature burdened by a petty master, harnessed, restrained, miserable, and possibly even whipped? Just as with a horse, all you really have to do is whisper to corn and it will start to respond, if you really admire it. There is even a medicine test for young women at puberty who must prove their capacity for regeneration by praying their cornfield into being. A woman who does not pass does not have the qualities that are being searched for. To bring freedom into being, she must be free herself.

"And now, I think you understand that I'm going to give you a test. This one will be a little bit tough, a little different. I'd like to see if you can grow whatever you are asked by the spirits to grow, in the same way that one might pray corn into being, and do so freely. There is an intent behind this, but it's not going to be revealed to you yet. For now, I'm just going to insist that you do it. Pray and Dream. You say you understand. If you don't, you had better not dare come to see me again. Begin by Dreaming that bridge on the road that leads to my field right here and then later I'll tell you what I'd like for you to do with that. Dream it and walk across it, over and over again. It's that simple. Come to town and see me regularly only to show me how your Dreaming is going and then bring me what is on the other side of the bridge when you cross it. I'm not interested in anything else about you for the moment. And I'm not going to take you on farther to my house today. Instead, I'm going to leave you in my field. I want for you to smell the corn pollen. When you feel totally saturated with it, walk back across the bridge and go your way."

"Don't you want the recipe you asked me to share with you in exchange for this trip to your field and the corn you gave me?" I inquired, totally mystified, meek, and taken aback by her forcefulness. She was as strong when she spoke as when she was silent.

And with that, doña Celestina moved like a strong wind through her field, harming nothing and carrying the large machete at her side. She disappeared in a southwesterly direction heading toward what I could only suppose was her house somewhere off in the distance.
Merilyn Tunneshende

Merilyn Tunneshende is a Toltec sorceress and a Nagual Dreaming Woman who has been taught Dream Power, energetic healing, and sorcery in the course of a 20-year apprenticeship in the Mexican desert. Since the publication of her first book, Medicine Dream, she has made numerous public appearances as lecturer, panelist, and workshop leader focusing on the healing applications of nagualist shamanism.

“In the best of the shamanic tradition--through dramatic storytelling of her own life experience--Merilyn Tunneshende imparts the essence of the timeless art of Dreaming, the powerful healing modality of the future. As an added bonus she supplies us with specific exercises to assist us in our own discovery of this powerful path to healing.”

– Jose Stevens, Ph.D., author of Secrets of Shamanism and The Power Path

Twilight Language of the Nagual

The Spiritual Power of Shamanic Dreaming

By Merilyn Tunneshende
LIST PRICE £7.99
PRICE MAY VARY BY RETAILER