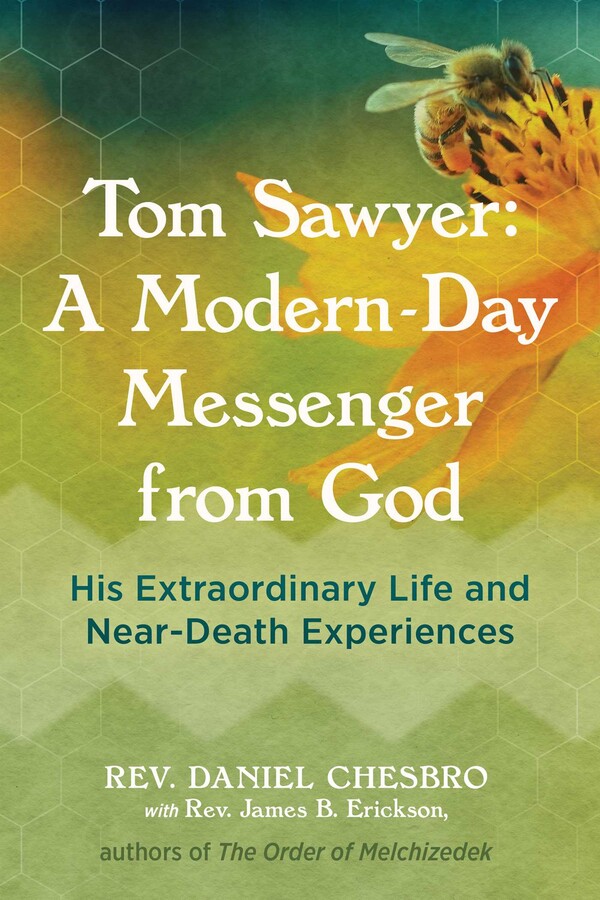 His Extraordinary Life and Near-Death Experiences

• Shares Tom’s profound teachings on life, death, and unconditional love gained through his near-death experiences and direct encounter with the Light

• Details Tom’s death experiences and how in 2007, when he felt he had fulfilled his mission from God, he consciously left life on Earth

In the early evening of May 23, 1978, while making repairs under his pick-up truck full of firewood, the heavy truck crashed down on Tom Sawyer, crushing his chest flat. A 33-year-old Olympic-trained bike racer and mechanic from upstate New York, Tom was clinically dead--but his cosmically significant adventure had only just begun. Fifteen minutes later, he came back to life, recounting his strange experience of going through a tunnel, having his life review, and meeting the Light. Featured on national news, on talk shows, and in research studies by Dr. Raymond Moody, Tom Sawyer was one of the first near-death-experience survivors to gain notoriety.

Spiritually energized by his near-death experience (NDE), Tom’s prime directive became to teach how we each are a physical extension of God’s Unconditional Love and how to communicate with God through prayer. A walking repository of universal wisdom, he demonstrated repeatedly that the reality we believe in is an illusion, that walls are not necessarily barriers, severe health challenges can be healed in a moment, and it is possible to walk on water. During his death experience, Tom was charged by God with a three-part mission: teach that death does not exist, prevent nuclear war, and promote the Order of Melchizedek, where he became a highly respected teacher. When he knew he had completed his mission in 2007, he consciously left life.

Through more than 160 remarkable stories, Rev. Daniel Chesbro and Rev. James Erickson share Tom’s profound insights on life, death, and Unconditional Love. The most complete and in-depth account of the life and teachings of Tom Sawyer, this book reveals Tom as a modern-day messenger of God who returned to life a powerful conduit of Unconditional Love, compelled to create positive change for humanity.

Rev. Daniel Chesbro is an ordained minister in the Order of Melchizedek. Trained at the Andover Newton Theological School, Crozer Seminary, and Colgate Divinity School, he is the host of the television show The Open Door and the head of A School for the Prophets. He lives in Consus, New York. Rev. James Erickson has the gift of clairsentience. He is a psychic and aura reader as well as a healer. He was ordained into the Order of Melchizedek in 1993. He lives in Minneapolis, Minnesota.

His Extraordinary Life and Near-Death Experiences