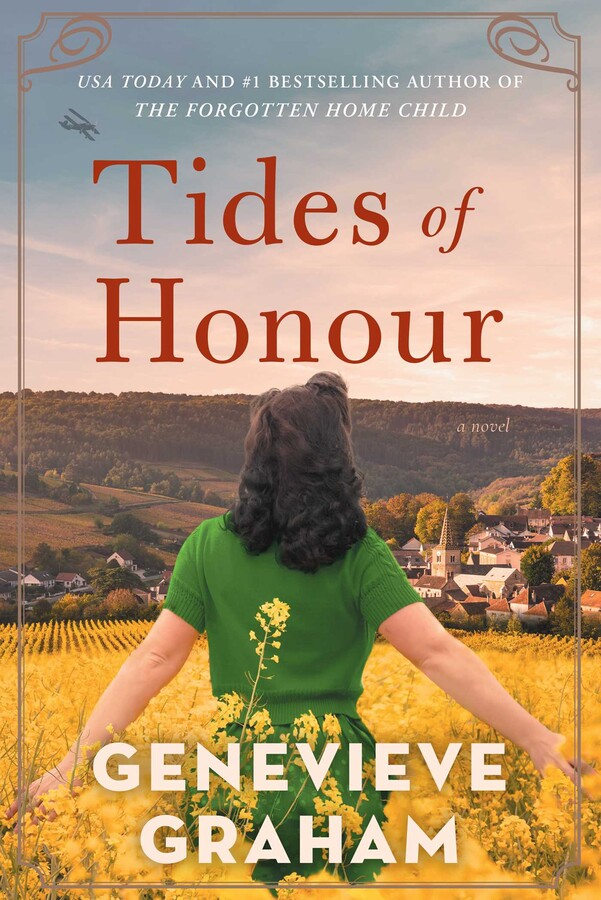 By Genevieve Graham
LIST PRICE £5.99
PRICE MAY VARY BY RETAILER

From bestselling author Genevieve Graham comes a novel of love, loss, and honour amidst the horrors of war and its aftermath.

In the summer of 1916, Private Daniel Baker marches into battle with the boys of Nova Scotia’s 25th Battalion. Out of brutal necessity, Danny has steeled himself against the trials and horrors of war, but he is completely unprepared to meet the love of his life in war-torn France.

Audrey Poulin has the soul of an artist. She lives alone with her grandmother in the quiet French countryside, where her only joy is in her brush and palette. When, by chance, she encounters Danny, the handsome young soldier captures her heart and inspires her painting. The young lovers believe that only together can they face the hardships the war brings.

But love is just the beginning. Mere months later, Danny is gravely wounded at the Battle of the Somme, and his future is thrown into uncertainty. Soon, he and Audrey find themselves struggling to build a new life in Halifax, a city grieving its lost men. As the grey winter of 1917 sets in, Danny’s lack of purpose and Audrey’s isolation continue to mount, pulling the two apart just as a new catastrophe threatens their existence.

Heartrending and enthralling, Tides of Honour is a novel of love and second chances set against Halifax’s most devastating moment of the First World War.

1. During World War I, the role of women changed drastically—from homemakers to munitions factory workers—but when Audrey remembers her own mother’s choices to abandon tradition and acceptable norms of women’s work, she understands that her mother did what she felt was necessary to provide for her family. Discuss Graham’s different portrayals of Audrey, Audrey’s mother, and Danny’s mother in light of the suffragette movement occurring in London and Halifax.

2. In the prologue, Graham sets up the morning of the Halifax explosion, then jumps back in time to Danny’s return to Nova Scotia. As you read the novel, did you realize that the plot was building up to that event? And given what you knew about Halifax’s history, how did Graham’s description of the horrors that happened that December morning change your understanding of the explosion?

3. Danny Baker is an example of what many wounded veterans faced when they returned from the front. Like so many others, he is jobless, depressed, and disillusioned—and without resources to help him integrate back into society. Do you feel Graham captures the need for organizations for returning veterans? What do you know about the creation of Veteran Affairs Canada and The War Amps of Canada after WWI?

4. Given the mounting tensions between Danny and Audrey, what do you think the explosion symbolizes in the novel? Thinking of Mick and Danny’s suspicions of Pierre Antoine and their organized protests, can you speak to the explosion’s impact on socialist reform?

5. How would you characterize Danny before the Battle of the Somme? Why do you think Graham uses firsthand accounts of Danny in 1916 instead of flashbacks?

6. Audrey’s art is central to her identity and a language itself. Does her art bear any similarities to Danny’s carpentry? How does Graham use both mediums in the story?

7. Given Danny’s downward spiral and his neglect of Audrey, how did you feel about Audrey and Pierre as friends, and then as a couple?

8. Danny’s relationship with his father seems fraught with the expectations of what men and husbands must do to provide for their families. How does this reflect the role of men in this time period? How does the war complicate these ideals? Compare the motivations of Danny, his brother Johnny, and their father.

9. How do Audrey and Danny’s physical disfigurements reflect their emotional trauma? Why do you think Graham prevents them from surviving the war and the explosion unscathed?

10. Earlier in the novel, Audrey is introduced to the first strains of feminism with the suffragette movement in London. How does her relationship with Pierre complicate her growth as a feminist? What do you think Graham’s characterization of Audrey throughout the novel says about women of this time?

11. Why do you think Danny is unable to open up to Audrey when he returns home from the war? How would you characterize their early love, given the obstacles they must overcome together?

12. It is evident to the reader that Danny is suffering from Post-Traumatic Stress Disorder. There is a lot of discussion about this in the media today. However, back then, it wasn’t nearly as well known or even named or talked about. The author makes specific mention of dogs as they relate to Danny, both in the trenches and at home. Today, the practice of PTSD companion dogs can offer a great source of relief and alleviate many of the long lasting effects of the disorder. What do you think about the use of animals to help treat PTSD?

13. What do you think the title Tides of Honour refers to? 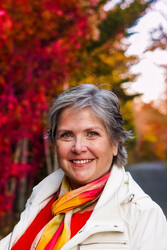 Genevieve Graham is the #1 bestselling author of The Forgotten Home Child, Tides of Honour, Promises to Keep, Come from Away, and At the Mountain’s Edge. She is passionate about breathing life back into Canadian history through tales of love and adventure. She lives near Halifax, Nova Scotia. Visit her at GenevieveGraham.com or on Twitter and Instagram @GenGrahamAuthor.

“[Graham] has delivered a book that reads like a love letter to a time and place that figures largely in our national identity: Halifax in 1917.”

– The Globe and Mail

“Evocative of place and time, a novel blending tragedy and triumph in a poignant and uplifting tale that’s sure to leave its mark upon your heart.”

“Fans of Gabaldon and other historical fiction/romance writers will lap this up for the classy, fast-moving, easy-to-read and absorbing book that it is—with some Canadian history to boot.”

“Travel back to 1917 and explore a world of suffragettes, Bolsheviks and the Great War—and the love story that illuminates them all.”

“Audrey is a strong female character, a hallmark of Graham’s books.”

“A moving Maritime story of love, loss, and the human spirit.”

“Genevieve Graham has created a memorable story of love surviving devastation. Set during the darks days of the Halifax Explosion—the largest man-made explosion prior to Hiroshima—a young artist and a wounded soldier are forced to overcome their personal struggles in the face of disaster. Graham examines class struggles and the post-traumatic effect of war with a vivid description of early twentieth century Halifax.”

By Genevieve Graham
LIST PRICE £5.99
PRICE MAY VARY BY RETAILER