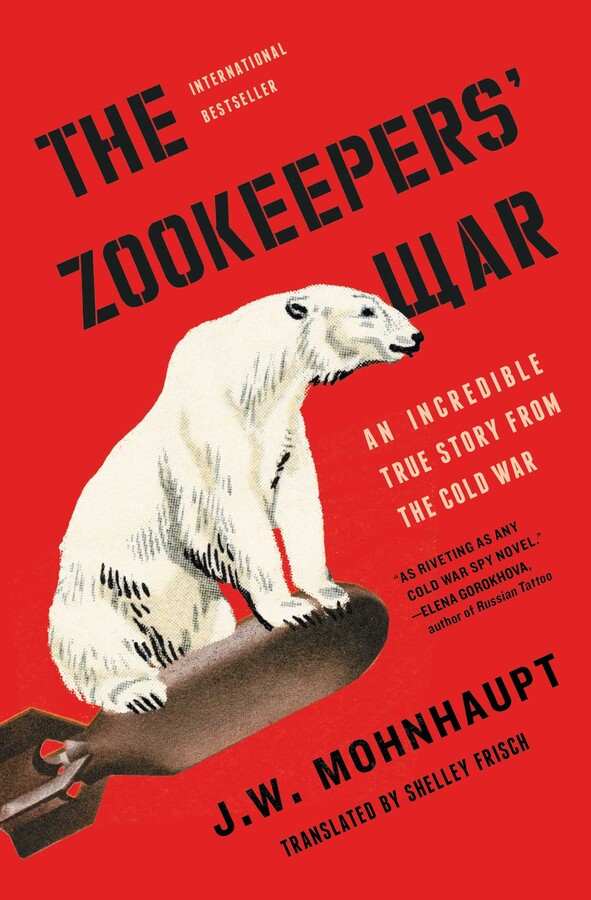 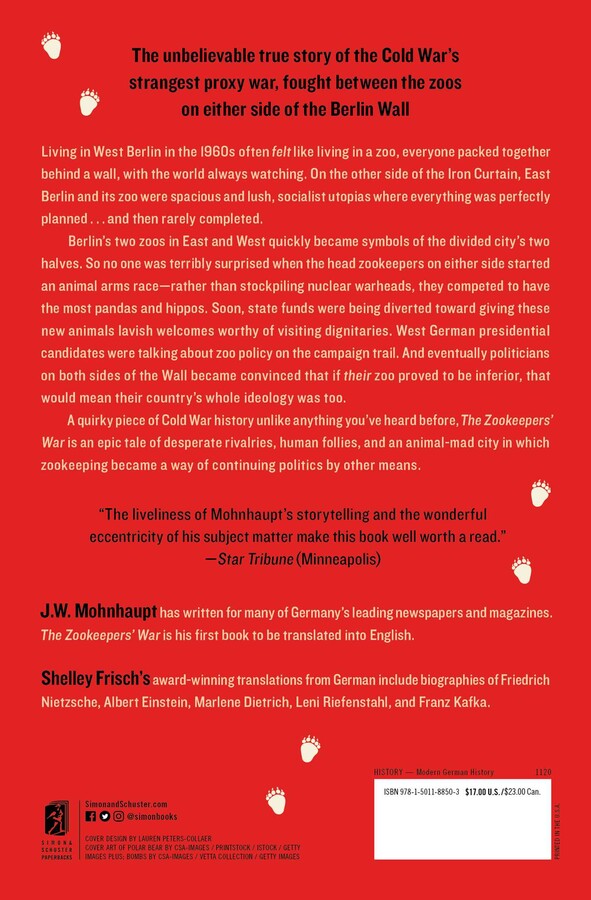 An Incredible True Story from the Cold War

The unbelievable true story of the Cold War’s strangest proxy war, fought between the zoos on either side of the Berlin Wall.

“The liveliness of Mohnhaupt’s storytelling and the wonderful eccentricity of his subject matter make this book well worth a read.” —Star Tribune (Minneapolis)

Living in West Berlin in the 1960s often felt like living in a zoo, everyone packed together behind a wall, with the world always watching. On the other side of the Iron Curtain, East Berlin and its zoo were spacious and lush, socialist utopias where everything was perfectly planned... and then rarely completed.

Berlin’s two zoos in East and West quickly became symbols of the divided city’s two halves. So no one was terribly surprised when the head zookeepers on either side started an animal arms race—rather than stockpiling nuclear warheads, they competed to have the most pandas and hippos. Soon, state funds were being diverted toward giving these new animals lavish welcomes worthy of visiting dignitaries. West German presidential candidates were talking about zoo policy on the campaign trail. And eventually politicians on both side of the Wall became convinced that if their zoo proved to be inferior, that would mean their country’s whole ideology was too.

A quirky piece of Cold War history unlike anything you’ve heard before, The Zookeepers’ War is an epic tale of desperate rivalries, human follies, and an animal-mad city in which zookeeping became a way of continuing politics by other means. 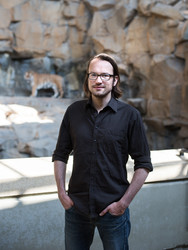 Jan Mohnhaupt has written for many of Germany’s leading newspapers and magazines. The Zookeepers’ War is his first book to be translated into English. He lives in Munich, where he’s happy to be close to one of his favorite zoos.

“As riveting as any Cold War spy novel. The Zookeepers’ War is an immaculately researched, moving tale of two zoo directors whose careers became a microcosm of the struggle between two antagonistic ways of life. A captivating read.”

“J. W. Mohnhaupt’s engrossing tale features a mix of just about everything: outsized ambitions, clashing personalities, Cold War drama, and animals galore. It also encapsulates Germany’s history from the end of World War II until reunification. Quite a feat – and a must read.”

“With the Stasi chipping in for a pair of bears, Ho Chi Minh sending an elephant, and the Kennedys gifting a decrepit bald eagle, J. W. Mohnhaupt’s portrait of two dueling Berlin zoos gives us a new understanding of the term ‘political animal.’ This quirky and delightful account of captive critters and soft (and occasionally scaly) diplomacy is colorful, provocative, and ultimately about the very human notions of power, pleasure, and the nature of freedom.”

– Abby Tucker, bestselling author of The Lion in the Living Room

“The book is subtitled ‘An Incredible True Story from the Cold War,’ and for once that’s no exaggeration.”

“The liveliness of [Mohnhaupt’s] storytelling and the wonderful eccentricity of his subject matter make this book well worth a read.”

“A charming account of a decades-long rivalry between Heinrich Dathe, the dour, scholarly, former Nazi zoologist and educator who founded and directed East Berlin’s zoo, called the Tierpark, and Heinz-Georg Klös, the opportunistic, insecure veterinarian turned administrator… of the West Berlin zoo... As frenemies for nearly half a century, they encapsulate the larger saga of the great city, the era, and a world in conflict...”

“A highly entertaining true story that is sure to delight history buffs and general audiences alike.”

“Cold War Berlin bursts to life in this riveting, lively German bestseller chronicling the fierce rivalry between zoos on either side of the Iron Curtain... Mohnhaupt is a keen guide to the difficulties of a divided Berlin and to the enchantment of a career devoted to wild animals.”

“An offbeat tale from the Cold War… with plenty of near-comical turns.”

An Incredible True Story from the Cold War