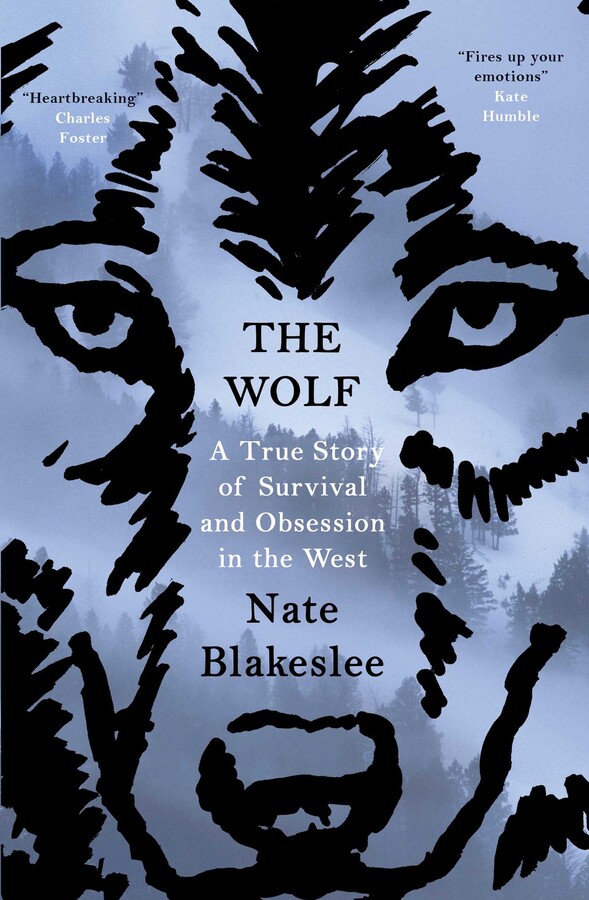 A True Story of Survival and Obsession in the West

A New Statesman Book of the Year

The wolf stands at the forefront of the debate about our impact on the natural world. In one of the most celebrated successes of modern conservation, it has been reintroduced to Yellowstone National Park.

What unfolds is a riveting multi-generational saga, at the centre of which is O-Six, a charismatic alpha female beloved by park rangers and amateur spotters alike. As elk numbers decline and the wolf population rises, those committed to restoring an iconic landscape clash with those fighting for a vanishing way of life; hunters stalk the park fringes and O-Six’s rivals seek to bring an end to her dominance of the stunningly beautiful Lamar Valley.

‘Deeply informed yet fast-paced and deftly structured…What ultimately makes this book so satisfying is that it is as much an account of the deep divisions within contemporary America as it is a tale about the world’s most enduring carnivore.'

‘Weaves together three narratives in one superb book…Blakeslee’s triumph is to tell all three stories with deep sympathy and insight.’

– New Statesman, Books of the Year

‘Blakeslee draws O-Six in novelistic…detail, using the conflicting insight and perspective of biologists, politicians, ranchers, environmentalists, lawyers, other animals, and hunters… Seeing a wolf is exceptionally rare, and this book is as close as most readers will come.’

‘Inspired by the most charismatic of animals, this is a story of dedication and determination, of conflict and passion and like all good stories it challenges your thoughts and fires up your emotions.’

‘Extraordinary…Blakeslee is a fine writer…Chilling and gripping by turns. The Wolf is a book that should be read, with care.’

‘The story of one wolf’s struggle to survive in the majestic Yellowstone National Park offers an ambitious look through the eyes of an endangered animal.’

‘The lives of the wolves in Yellowstone are often dramatic, but are full of touching, tender moments too, as Nate Blakeslee vividly writes in The Wolf.’

‘Gripping and fascinating! Wolf vs wolf, wolf vs man, man vs man.’

– Charles Foster, author of Being a Beast

‘A compelling environmental drama of the reintroduction of wolves to the Rockies, as clear-sighted on human politics as it is on wolf politics. As wolf packs battle one another for control of precious territory, unknown to them another battle is taking place, between the wolves’ supporters and those who would eradicate them.’

‘Wolves are neither gods nor demons. Real wolves are complex beings with personalities, ambitions, careers, and – thanks to us – more than their fair share of tragedy. The Wolf gives us true profiles of wolf lives lived in their actual families. And when humans get involved, the trajectory of their lives forever changes.’

– Carl Safina, author of Beyond Words: What Animals Think and Feel

‘Blakeslee…brings the feeling of a celebrity biography to the story of the reintroduction of wolves into Yellowstone National Park and its aftermath… [He] escorts readers up close to interpack conflict as well as human enemies of wolf preservation.’

‘Blakeslee gives us a very different sort of biography – the saga of a single female wolf, “the most famous wolf in the world,” and her exploits in Yellowstone National Park. It’s a startlingly intimate portrait of the intricate, loving, human-like interrelationships that govern wolves in the wild, as observed in real time by a cadre of dedicated wolf-watchers – in the end, a drama of lupine love, care, and grief.’

– Erik Larson, author of The Devil in the White City and Dead Wake

‘Wild, poignant, and compelling, The Wolf is an important, beautifully wrought book about animals, about values, and about living on this earth.’

‘The Wolf is a transcendent tale of the American West. I loved the doggedness and depth of the reporting, the texture of the writing. There are echoes of Jack London everywhere. But above all I loved the wolf herself, a character like no other I have ever encountered.’

– S. C. Gwynne, author of Empire of the Summer Moon and Rebel Yell

‘An intimate and riveting book about America’s most iconic and embattled predator. Blakeslee moves effortlessly between the ancient drama of the wolf pack, and its modern human counterpart, the sometimes vicious, red state-blue state partisans whose battleground is the fate of the American wolf. A wonderful and welcome addition to the pantheon of nature literature.’

– John Vaillant, author of The Tiger and The Golden Spruce

A True Story of Survival and Obsession in the West