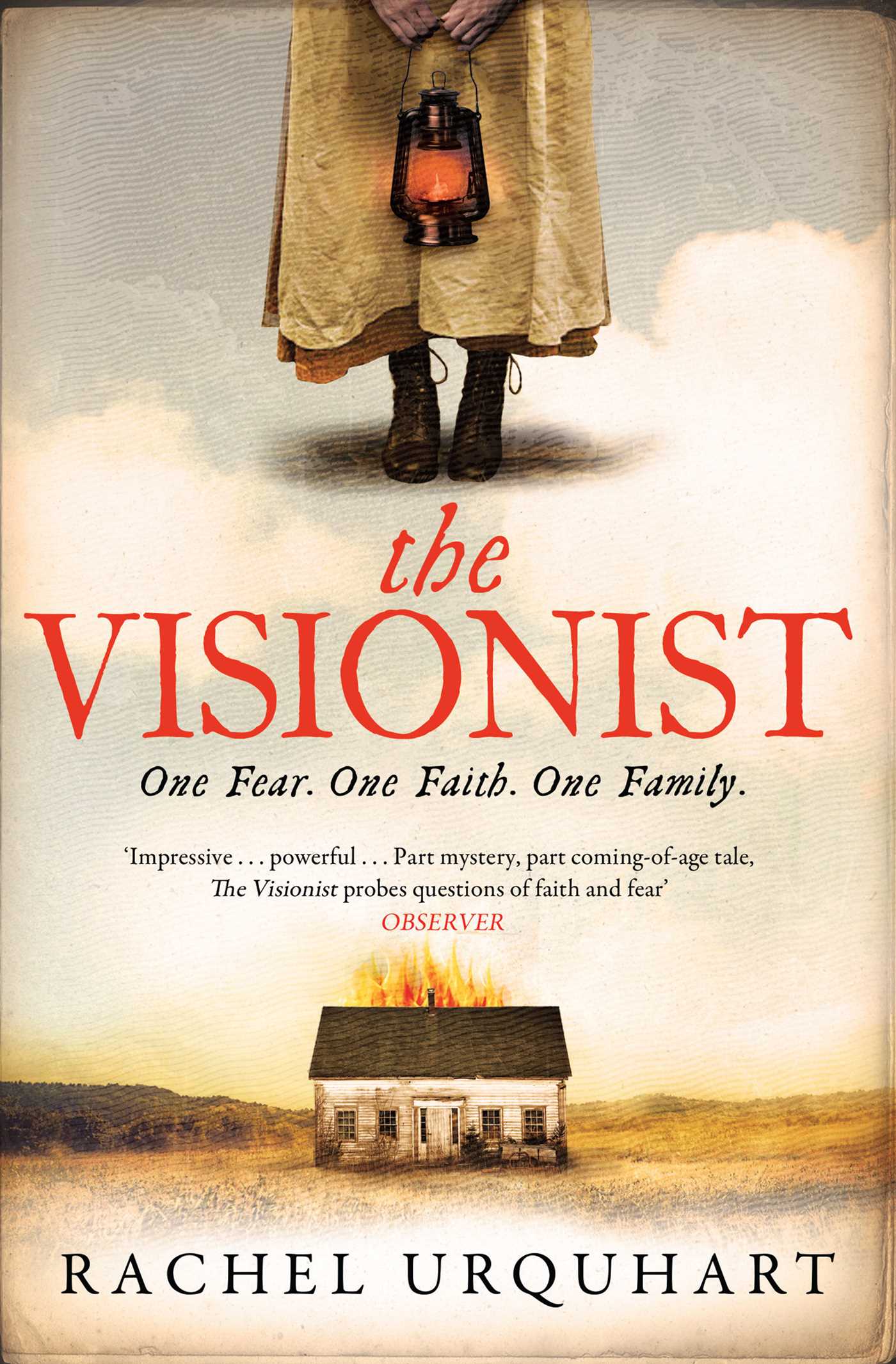 By Rachel Urquhart
LIST PRICE £5.99
PRICE MAY VARY BY RETAILER

'Fascinating. An unexpected coming of age story, a suspenseful mystery, a thoughtful examination of the nature of good and evil' Eowyn Ivey,The Snow Child

'It was years before a Visionist came to the City of Hope. How could I have fathomed that her presence in our small, remote sanctuary - as unforeseen to her as to anyone - would change everything?'

Massachusetts, 1842. Fifteen-year-old Polly Kimball sets fire to her family farm, killing her abusive father. With his fiery ghost at her heels, Polly and her young brother seek refuge in a local Shaker community - the City of Hope.

Polly has much to hide from this mysterious society of believers, with the local fire inspector on her trail and the ever-present daemons from her past. But when they hail her a 'Visionist', the first their community has known, she is subject to overwhelming scrutiny. Despite being fiercely protected by a young Shaker sister named Charity, a girl who has never known the outside world yet will stake her very soul on Polly's purity, Polly finds herself in danger from forces both sides of the City's walls. And in a world where faith and fear coexist, safety has a price…

Rachel Urquhart conjures a cast of extraordinary characters and brings to life one of history's most fabled and mysterious religious movements.

'A fresh batch of debut fiction introduces heroines and an anti-heroine with impressive abilities and memorable flaws. None is as powerful as Polly Kimball, a 19th-century New Englander ... Part mystery, part coming-of-age tale, The Visionistprobes questions of faith and fear while deftly illuminating Shakerism' --Observer

'Fascinating ... An unexpected coming of age story, a suspenseful mystery' --Eowyn Ivey, author of the bestseller The Snow Child

'Transfixing ... Urquhart has created a world rich in detail and vibrant in its historical dimensions ... Like Marilynne Robinson's Gilead... The Visionistaspires to illuminate our understanding of faith, resilience, shame and forgiveness' --New York Times Book Review

'Shatteringly original ... so rich, so detailed, that you not only come to care for all the characters deeply, you also become so immersed in the world of the Shakers ... Part mystery and part thriller ... wise and haunting ... provocative, passionate and profoundly redemptive' --San Francisco Chronicle

'Like Nathaniel Hawthorne's haunted novels, The Visionisttests a community's faith and devotion as expertly mounted, suspenseful threats grow ... The Visionistwill have you holding your breath until the final, magnificent revelation' --ShelfAwareness

'There are characters with crosses to bear and scruffy villains straight out of Dickens. The Visionistreads in parts like a Victorian thriller ... In a painstakingly researched novel framed by a suspenseful plot, Urquhart gives the reader an intriguing glimpse behind these doors' --Wall Street Journal

Rachel Urquhart is a former writer at Spy, Vogue, and Allure magazines. Her non-fiction has appeared in The New Yorker, the New York Times, Tin House, Elle, GQ, Harper's Bazaar, Food & Wine, Travel & Leisure, and Vanity Fair. She received her MFA in Fiction from Sarah Lawrence College and lives in Brooklyn with her husband and two sons.

By Rachel Urquhart
LIST PRICE £5.99
PRICE MAY VARY BY RETAILER