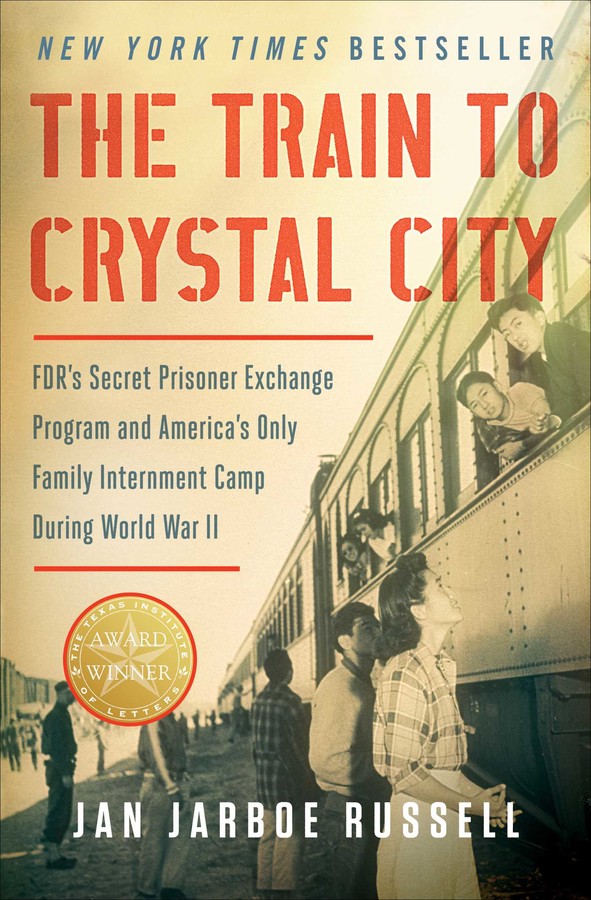 The Train to Crystal City

The New York Times bestselling dramatic and never-before-told story of a secret FDR-approved American internment camp in Texas during World War II: “A must-read….The Train to Crystal City is compelling, thought-provoking, and impossible to put down” (Star-Tribune, Minneapolis).

During World War II, trains delivered thousands of civilians from the United States and Latin America to Crystal City, Texas. The trains carried Japanese, German, and Italian immigrants and their American-born children. The only family internment camp during the war, Crystal City was the center of a government prisoner exchange program called “quiet passage.” Hundreds of prisoners in Crystal City were exchanged for other more ostensibly important Americans—diplomats, businessmen, soldiers, and missionaries—behind enemy lines in Japan and Germany.

“In this quietly moving book” (The Boston Globe), Jan Jarboe Russell focuses on two American-born teenage girls, uncovering the details of their years spent in the camp; the struggles of their fathers; their families’ subsequent journeys to war-devastated Germany and Japan; and their years-long attempt to survive and return to the United States, transformed from incarcerated enemies to American loyalists. Their stories of day-to-day life at the camp, from the ten-foot high security fence to the armed guards, daily roll call, and censored mail, have never been told.

Combining big-picture World War II history with a little-known event in American history, The Train to Crystal City reveals the war-time hysteria against the Japanese and Germans in America, the secrets of FDR’s tactics to rescue high-profile POWs in Germany and Japan, and above all, “is about identity, allegiance, and home, and the difficulty of determining the loyalties that lie in individual human hearts” (Texas Observer). 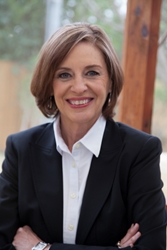 Jan Jarboe Russell is the author of the New York Times bestseller, The Train to Crystal City: FDR’s Secret Prisoner Exchange Program and America’s Only Family Internment Camp During World War II, winner of the Texas Institute of Letters Prize for Best Book of Nonfiction. She is a Neiman Fellow, a contributing editor for Texas Monthly, and has written for the San Antonio Express-News, The New York Times, Slate, and other magazines. She also compiled and edited They Lived to Tell the Tale. She lives in San Antonio, Texas, with her husband, Dr. Lewis F. Russell, Jr.

“Russell movingly focuses on human stories coming out of one camp that held both Japanese and Germans,outside Crystal City, Tex....Poignant.”

"In this quietly moving book, Jan Jarboe Russell traces the history of one unusual camp that housed detainees from Japan, Germany, and Italy, along with their families, many of whom were American-born."

"There are obvious parallels between Crystal City and today's Guantanamo Bay detention facility and between the anti-immigrant sentiment then and now, but Russell wisely resists the urge to connect the dots. Her story is harrowing enough on its own."

“A must-read for those interested not just in history, but in human nature….The Train to Crystal City is compelling, thought-provoking and impossible to put down.”

“This is an informative, disturbing, and necessary reminder of the dangers produced by wartime hysteria.”

“Both scholars and generalreaders interested in World War II will agree, this book is a gripping storyfrom start to finish.”

“Russell pulls no punches describing the cost of war and the conditions internees endured....a powerful piece.”

“The Train to Crystal City is a story ofheartbreaking dislocation, of lives smashed and ruined, and of almostunbelievable human endurance, resilience, and determination. Jan Jarboe Russellhas written a powerful book that will leave you shaking your head in disbelief.”

“Jan Jarboe Russell has exposed a corner of American history that few knew existed, one that is at once bitter and transformative. The glory of this book is in the many human details so skillfully sketched, which add another chapter to the unending tally of war.”

“Russell does a good job of exploring little-known historical eventsthat deserve more attention… Die-hard Texans who think they know everythingabout the Lone Star State are likely to discover that they don’t… readers withno particular interest in World War II — or ties to Texas — may find it hard toput the book down.”

“Russell does a good job of exploring little-known historical events that deserve more attention… Die-hard Texans who think they know everything about the Lone Star State are likely to discover that they don’t… readers with no particular interest in World War II — or ties to Texas — may find it hard to put the book down.”

“Beautifully written…History buffs and general readers alike will enjoy this wonderfully realized account of a little known incident in 20th Century American history. Jan Jarboe Russell personalizes the story with sensitively written accounts of how the internment affected both the internees and the people running the camp….can’t recommend it too highly.”

“A gripping, horrifying and fascinating read… Russell’s reporting shines a bright light on the indignities suffered nearly 70 years ago….The Train to Crystal City is an eye-opening and moving look at the personal and political impact of racist policies.”

The Train to Crystal City