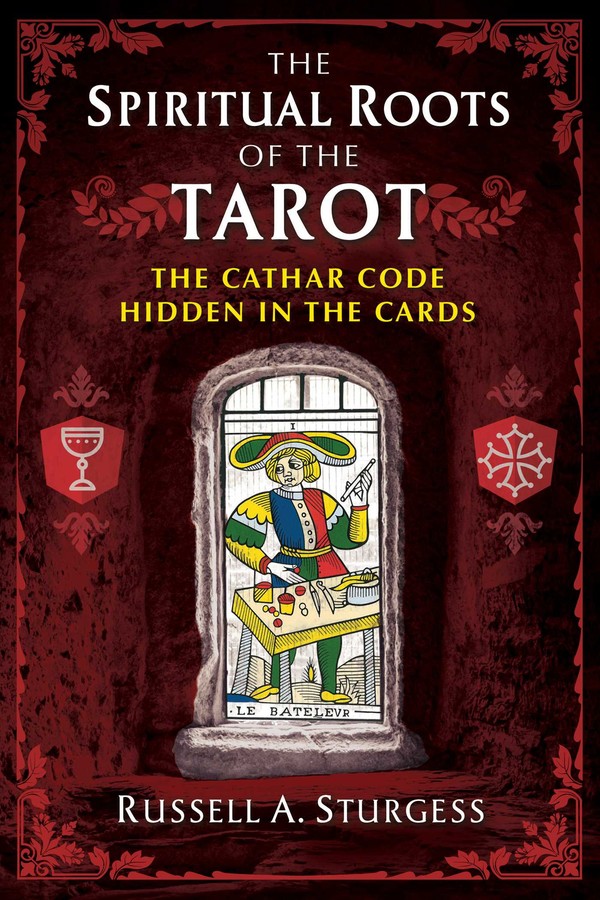 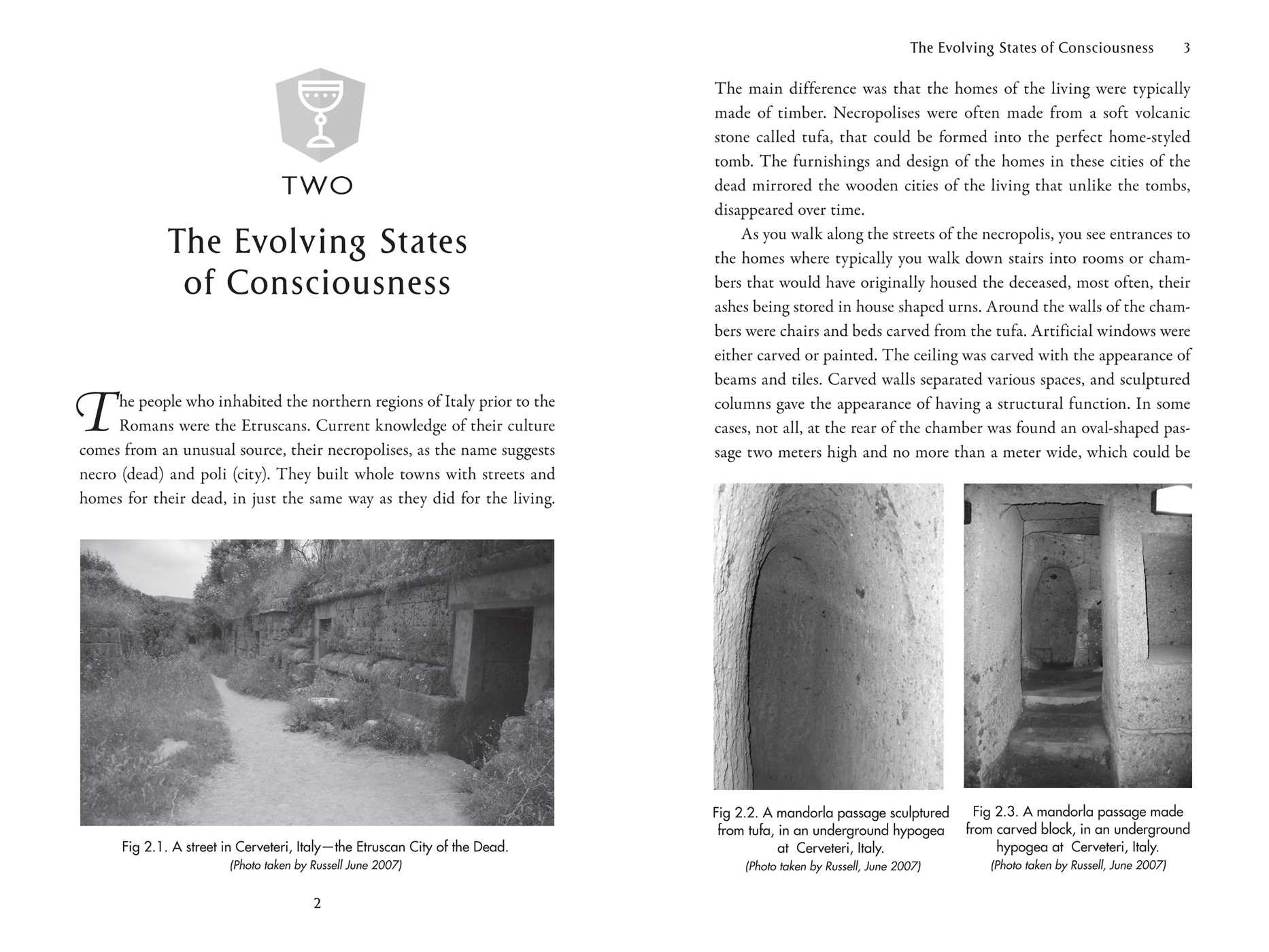 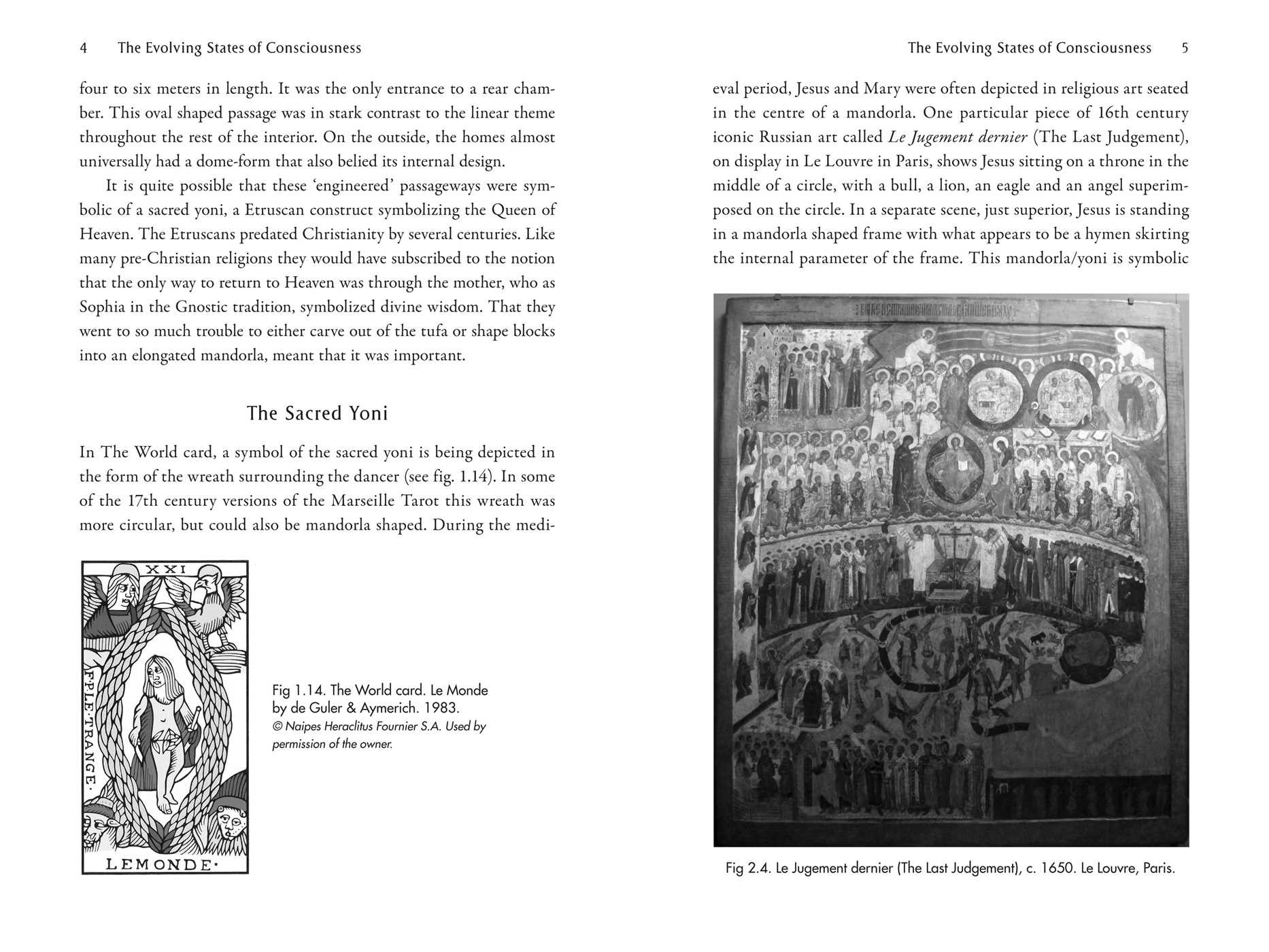 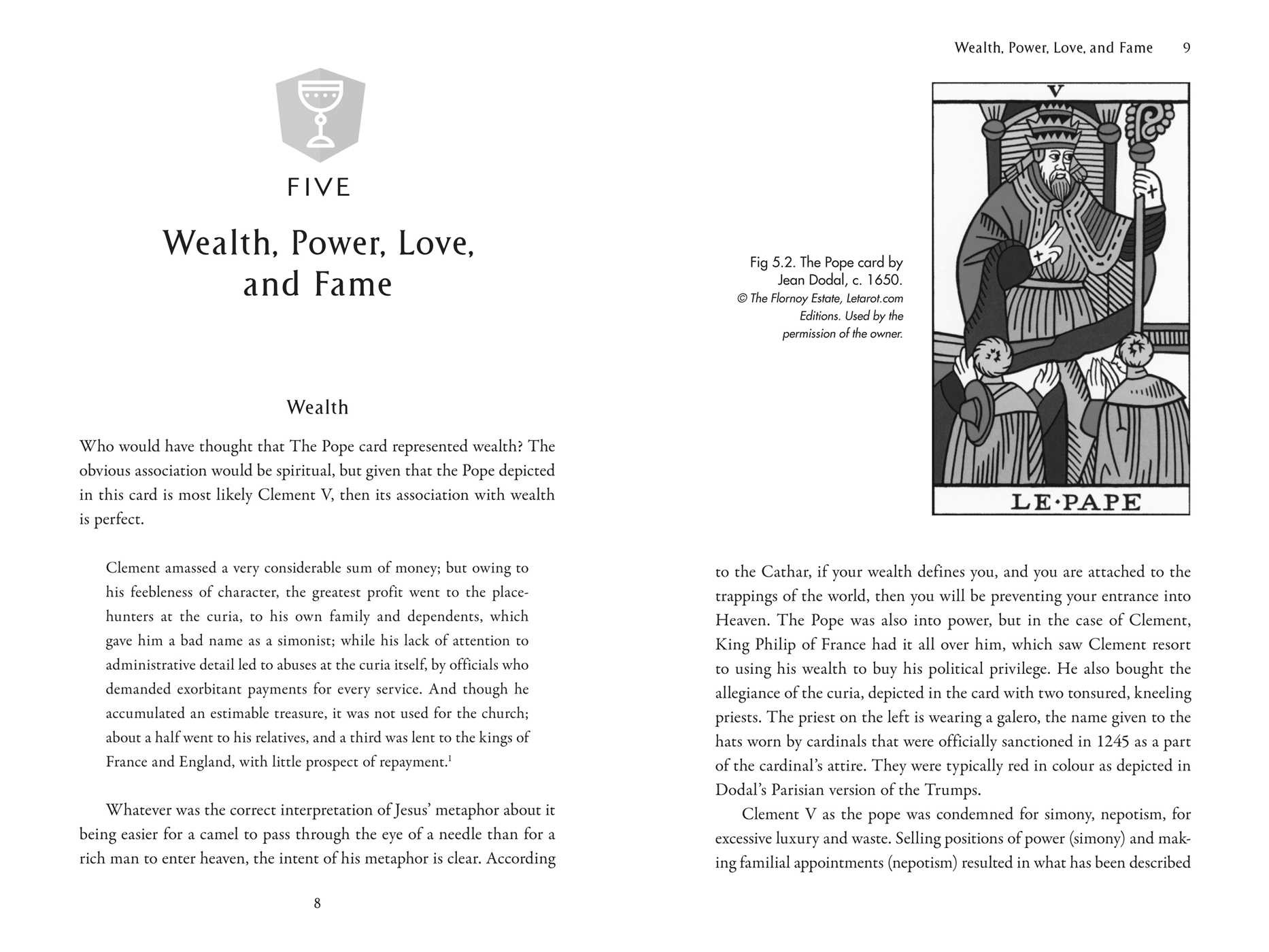 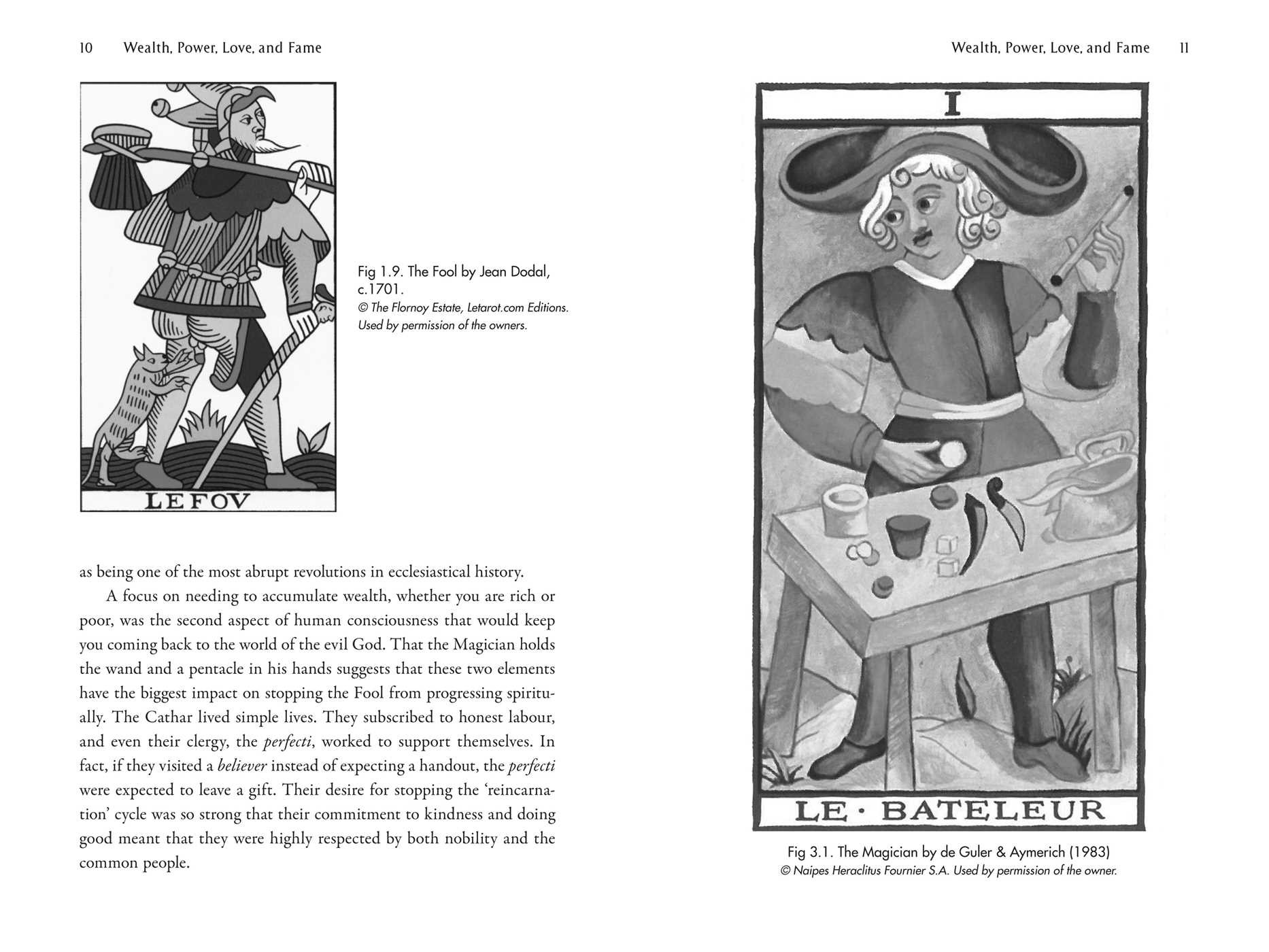 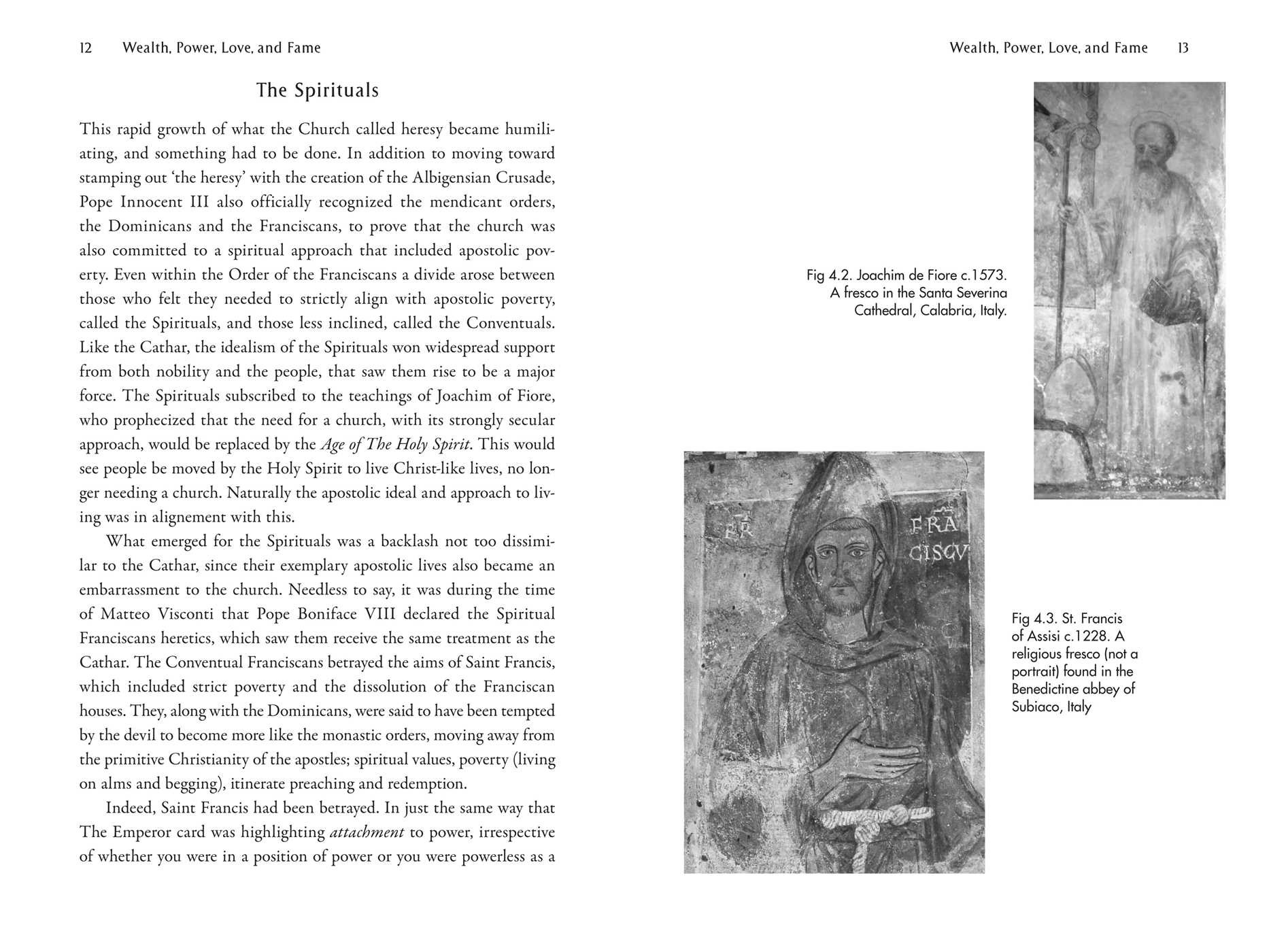 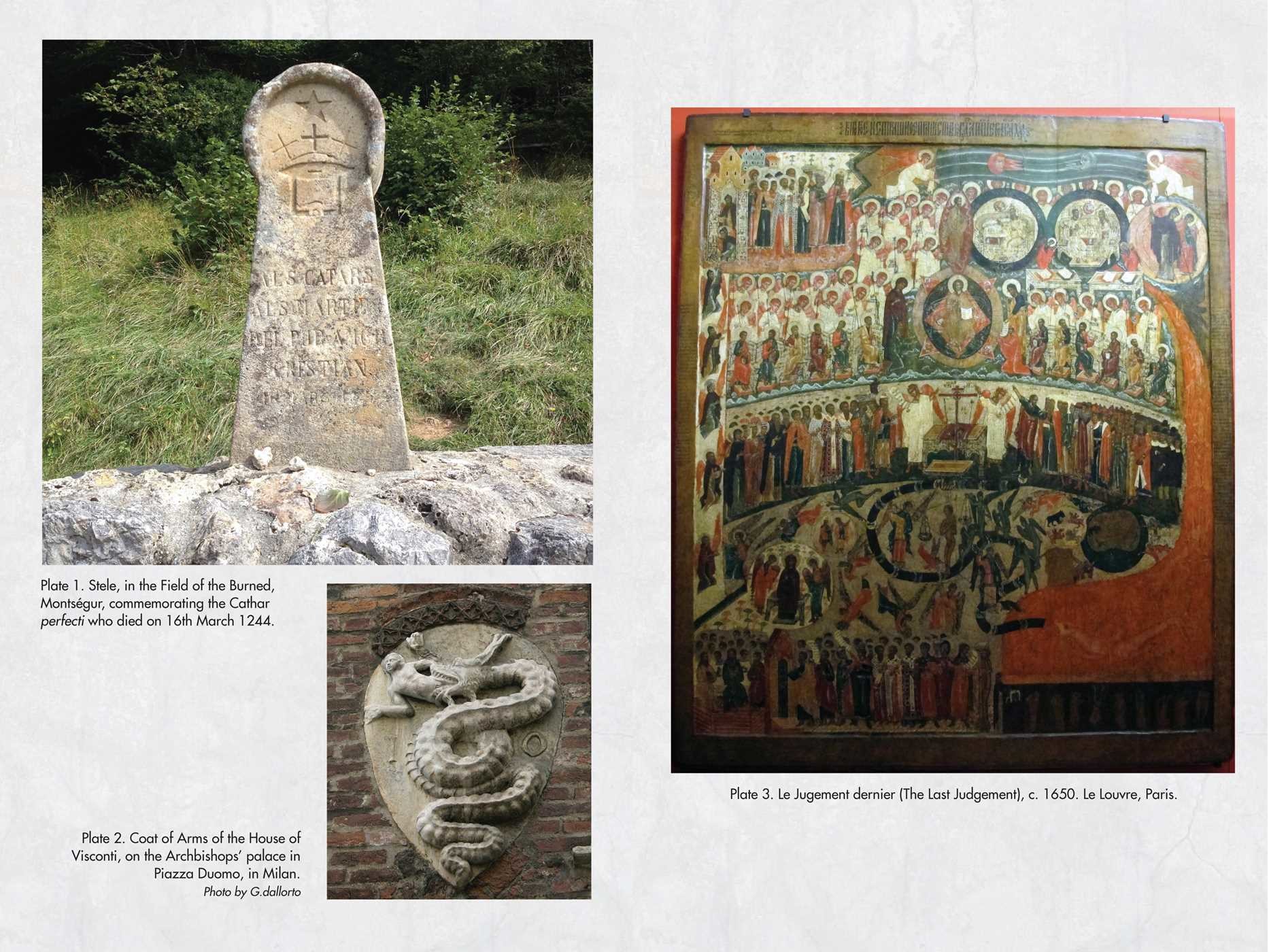 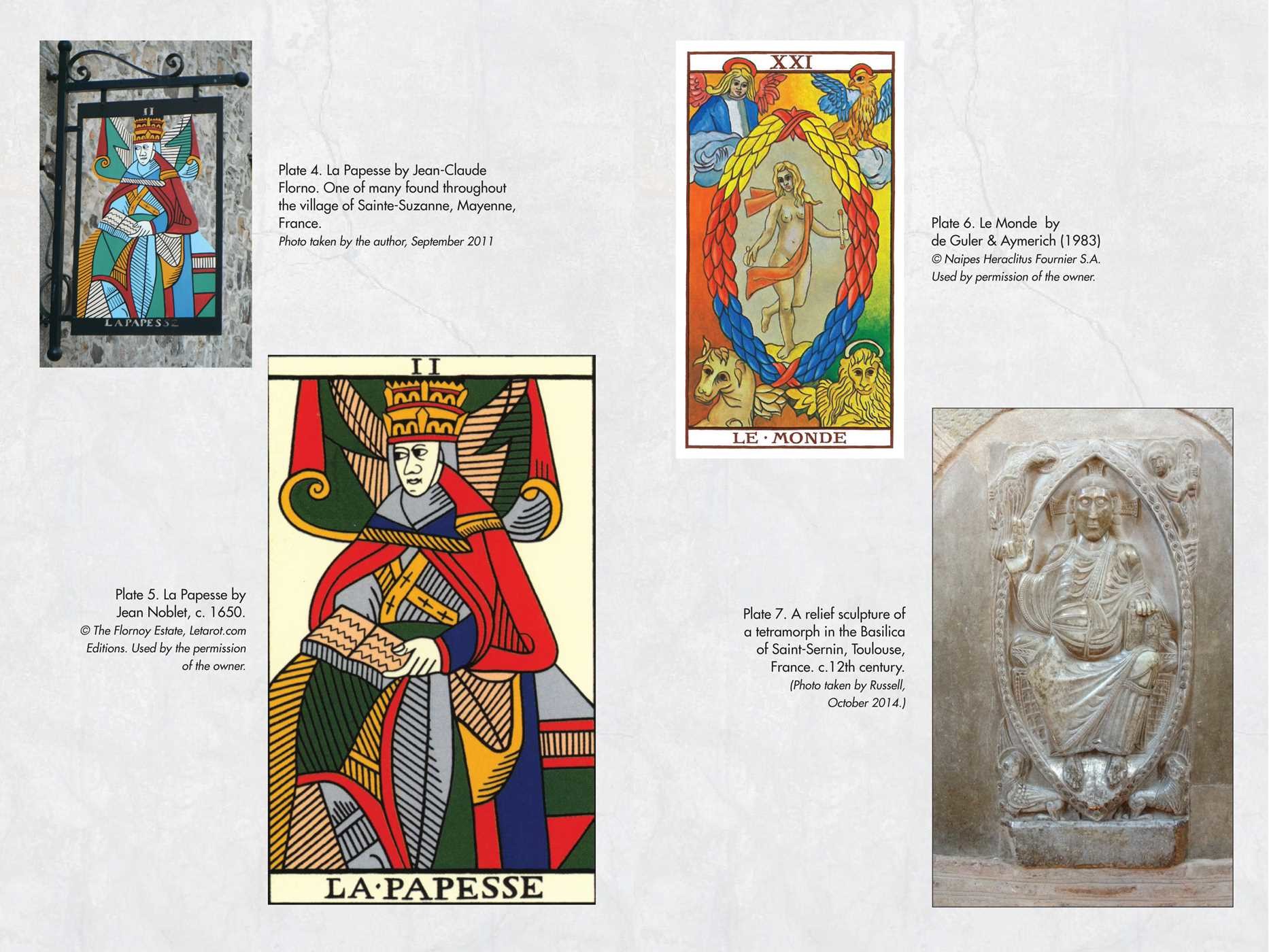 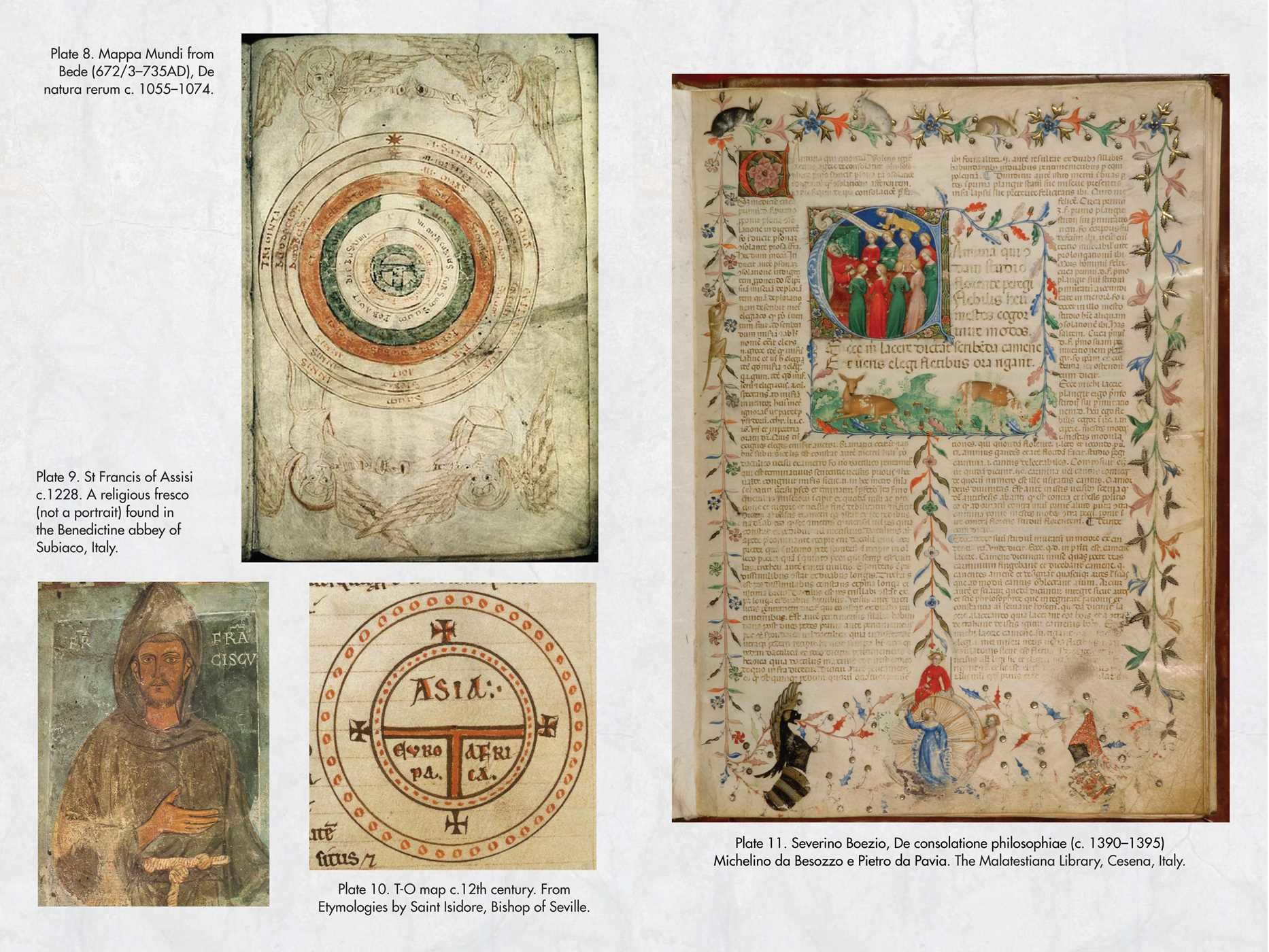 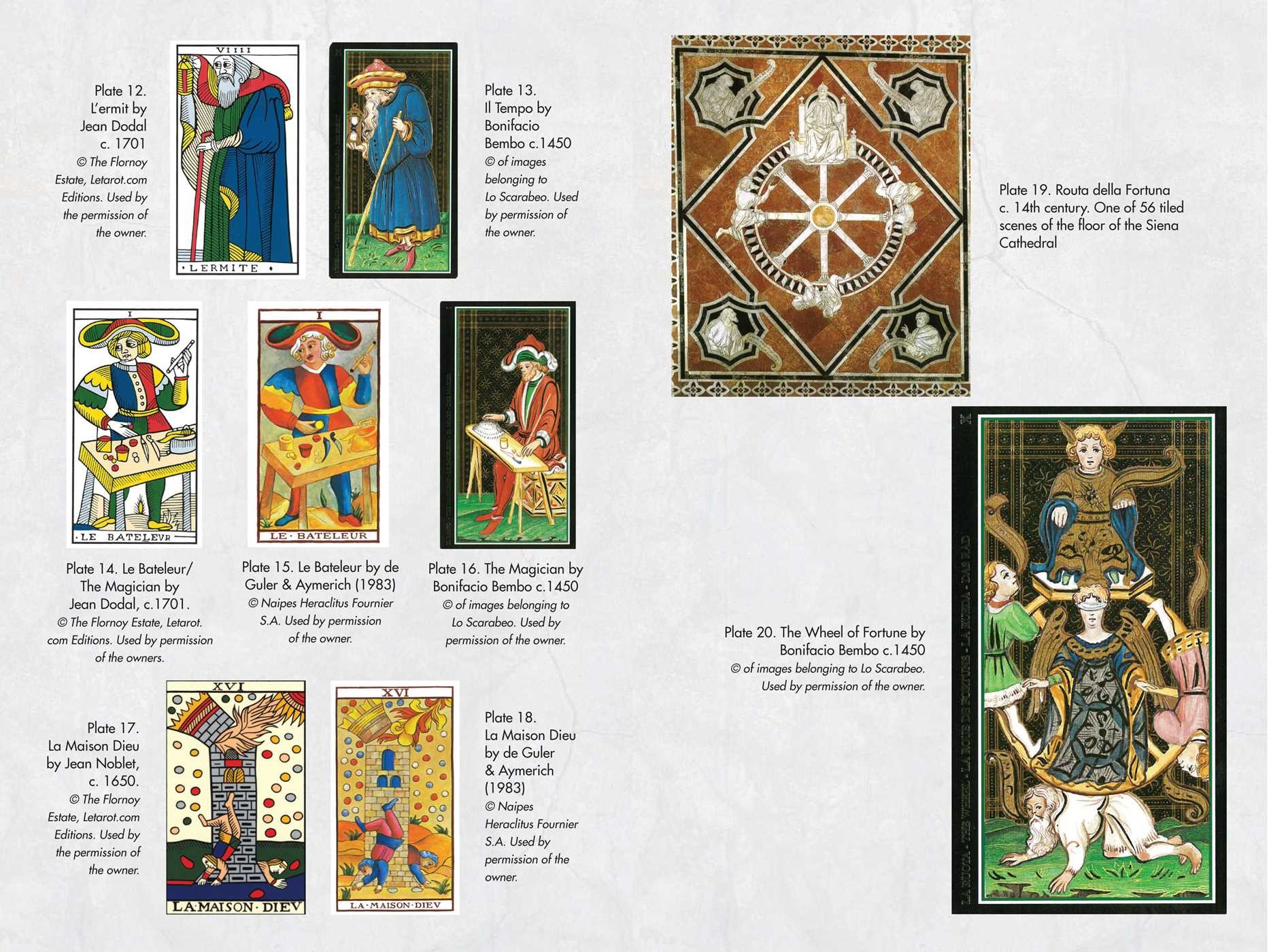 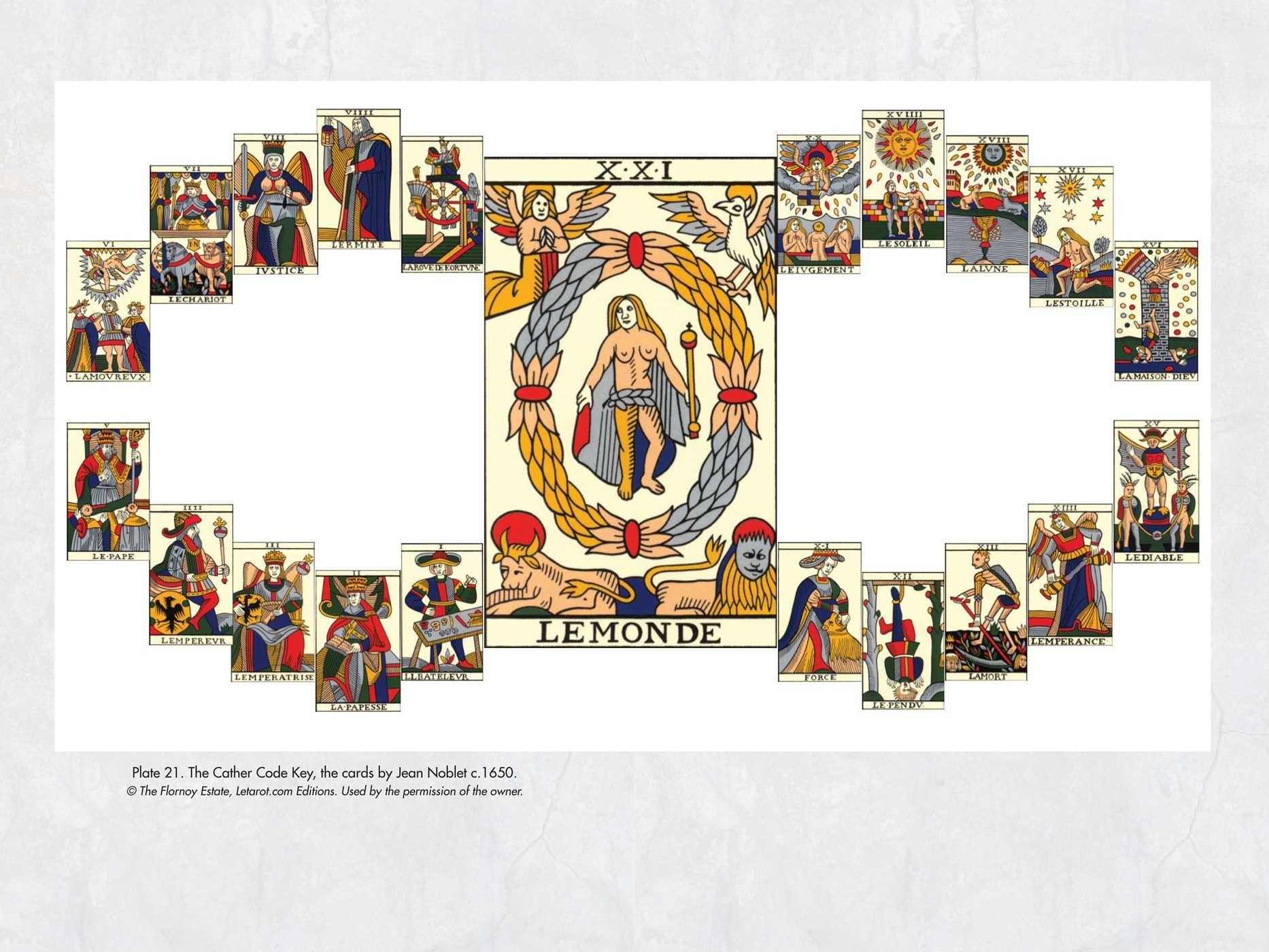 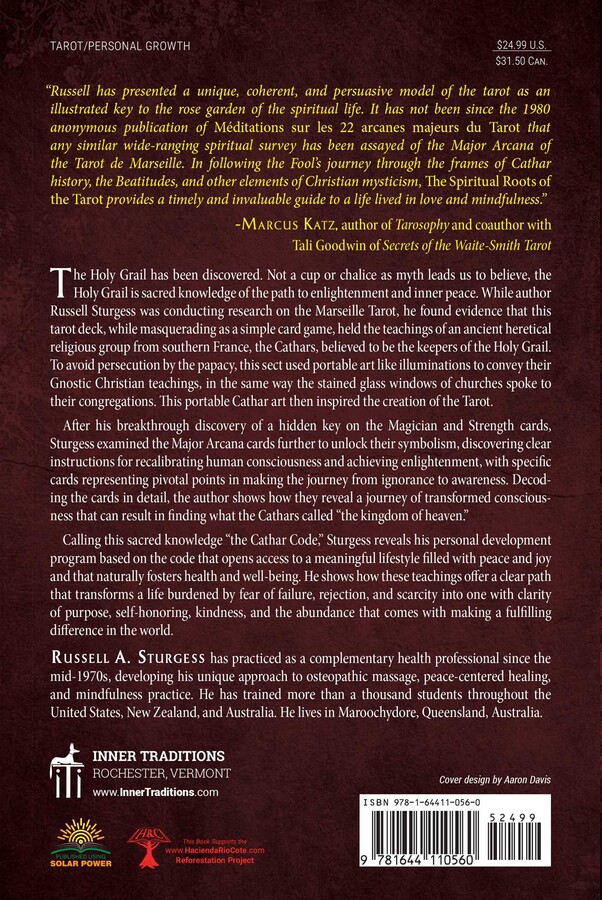 The Spiritual Roots of the Tarot

The Cathar Code Hidden in the Cards

By Russell A. Sturgess
LIST PRICE £18.99
PRICE MAY VARY BY RETAILER

• Shares the author’s self-development program, based on the wisdom of the cards, for creating a lifestyle filled with peace, joy, good health, and meaning

The Holy Grail has been discovered. Not a cup or chalice as myth leads us to believe, the Holy Grail is sacred knowledge of the path to enlightenment and inner peace. While author Russell Sturgess was conducting research on the Marseille Tarot, he found evidence that this tarot deck, while masquerading as a simple card game, held the teachings of an ancient heretical religious group from southern France, the Cathar, believed to be the keepers of the Holy Grail. To avoid persecution by the papacy, this sect used portable art like illuminations to convey their Gnostic Christian teachings, in the same way the stained glass windows of churches spoke to their congregations. This portable Cathar art then inspired the creation of the Tarot.

After his breakthrough discovery of a hidden key on the Magician and Strength cards, Sturgess examined the Major Arcana cards further and used the key to unlock their symbolism, discovering clear instructions for recalibrating human consciousness and achieving enlightenment, with specific cards representing pivotal points in making the journey from ignorance to awareness. Decoding the cards in detail, the author shows how they reveal a journey of transformed consciousness that can result in finding what the Cathar called “the kingdom of heaven.”

Calling this sacred knowledge “the Cathar Code,” Sturgess reveals his personal development program based on the Code that opens access to a meaningful lifestyle filled with peace and joy and that naturally fosters health and well-being. He shows how these teachings offer a clear path that transforms a life burdened by fear of failure, rejection, and scarcity into one with clarity of purpose, self-honoring, kindness, and the abundance that comes with making a fulfilling difference in the world.

From Chapter 1: The Heretics

What was to become of the “treasure” that was retrieved from the forests of Montségur in 1244, now that the Cathar perfecti, the custodians of the mysteries, were slowly but surely becoming extinct? If this treasure was indeed the mysteries of the Holy Grail, understanding the purpose it served might shed light on what became of it.

Since books and manuscripts were mainly found in the churches, universities, and libraries of the nobility, and few people could read, the church became the center for learning for the general populace. Stained-glass windows were the Middle Ages’ equivalent to comic books. It was an easy way to communicate information to illiterate people. Biblical stories from both the Old and New Testament were depicted so as to teach Christian beliefs. Tapestries, paintings, and mosaics also achieved the same end.

So, what do you do when you don’t meet in churches, and more to the point because of persecution, you are itinerant? Additionally, what if the knowledge you are trying to deliver is sacred, and in fact, is radically opposed to the commonly accepted teachings? What if you also wanted to hide your knowledge to reduce the chances of persecution and punishment? And what if you wanted to preserve knowledge given the prospect of it disappearing? These were the challenges the Cathar in the south of France faced at the end of the end of the 12th century, as their settled lives were about to be drastically upturned.

Since the Cathar had a tradition of being weavers, tapestries may well have been created as portable stained-glass windows. Evidence of deeper meanings being woven into tapestries can be seen in the exquisite 15th-century tapestries entitled The Lady and the Unicorn. When times were more settled and the Cathar met in homes, small tapestries may have been used as teaching tools. None have been found as evidence of that, but this is also true of any evidence that may have revealed the teachings of the Cathar. Almost nothing has been found; the crusade and the inquisition made sure of that.

The introduction of paper and paper making at the end of the 13th century meant that the use of pictures as teaching aids were no longer restricted to the windows, walls, floors, and ceiling of churches or for that matter, expensive manuscripts. Light, portable paintings could be created using paper, and quite readily replicated. Of course, the risk of drawing the attention of the Inquisitors would have limited the extent to which painted images would have been used to portray the deep mysteries.

The invention of watermarks meant that mysteries could be embedded in the paper with the use of a symbolic pictorial language. One of the more common watermarks was called the Cap and Bells or the Fool’s Cap. It symbolized the idea of being a fool for the sake of Christ, akin to the declaration of Francis of Assisi, “We are Troubadours of God.” There were claims that the heretical doctrines of the Cathar were disseminated by the travelling entertainers, the sots, who were “professional fools,” and the troubadours. The use of the Fool’s Cap in watermarks would have been a declaration of one’s association with Catharism.

The purpose of these mysteries being portrayed in picture form was to convey the formula for escaping the world of the evil God, and the journey that one had to undertake to return to the kingdom of the good God. This was pure dualism theology, which was the domain of the perfecti. It is also highly probable that this formula included the Holy Grail and was the sacred template for salvation for which the Cathar were the custodians.

Given what is known of the Cathar theology, the template depicted would have to fit certain parameters. First and foremost, it would have to depict the world of the evil God and how it was possible for a person to return to the world of the good God. It would have to be aligned with the teachings of the Sermon of the Mount, as those scriptures were fundamental to their religion. This focus on the Sermon on the Mount was emphasised in the consolamentum, their most sacred sacrament, with the Lord’s Prayer being one of its key components. A sequence of scriptures in the Sermon on the Mount were called the Beatitudes, being given that label in the late 4th century. Given their importance it would be expected that the Beatitudes be included in the template. Since reincarnation was an important part of the Cathar theology, there would also have to be some sort of depiction of reincarnation. And finally, the importance of Sophia as the divine feminine would also be symbolically depicted.

It would also be expected that the context of the symbolism used in the images reflected the socio-political currency of the time. Since a picture paints a thousand words, using significant ‘current’ events, that the majority of people would be familiar with, would make it easier to depict more complex messages. The context of the events adds a richness to the image’s ability to deliver the right message. One could also assume that themes depicted in popular mediums of art and used in churches at the time might be recycled where appropriate, since they would convey a message already understood by the general populace. Given that these were the Grail mysteries, you would also expect that there would have to be a hidden key for gaining access to the knowledge.

The Trumps of the Marseille Tarot ticks all of the boxes. Through the successful application of the formula contained in this book, the obscure images that became known as the Marseille Tarot revealed the preserved deep mysteries of the Cathar perfecti. The Holy Grail, that was embedded into this code, that was thought only to be a myth, does exist and was cleverly hidden in plain sight!
Russell A. Sturgess

Russell A. Sturgess has practiced as a complementary health professional since the mid-1970s, developing his unique approach to osteopathic massage, peace-centered healing, and mindfulness practice. He has personally trained over a thousand students throughout the United States, New Zealand, and Australia. He lives in Maroochydore, Queensland, Australia.

“Russell has presented a unique, coherent, and persuasive model of the tarot as an illustrated key to the rose garden of the spiritual life. It has not been since the 1980 anonymous publication of Méditations sur les 22 arcanes majeurs du Tarot that any similar wide-ranging spiritual survey has been assayed of the Major Arcana of the Tarot de Marseille. In following the Fool’s journey through the frames of Cathar history, the Beatitudes, and other elements of Christian mysticism, The Spiritual Roots of the Tarot provides a timely and invaluable guide to a life lived in love and mindfulness.”

– Marcus Katz, author of Tarosophy and coauthor with Tali Goodwin of Secrets of the Waite-Smith Tarot

“Millions of words have been written about the tarot and the Cathars. What distinguishes Russell’s rather excellent book, which brings the two topics together, is the coherence that laces his ideas. Russell is obviously not simply a scholar or enthusiast but a practitioner of the ideas he lays out, and this enables him to find deeper connections between otherwise unrelated things. This book lays out a viable and powerful spiritual path that, I think, bears deep study. There is also just so much material here for students of the tarot, for those curious about the spirituality of the Cathars, or for anyone merely curious about the depths of esoteric Christianity. A wholehearted grace emanates from these pages, which promise to lead you deeper on your spiritual journey; take the invitation!”

“A fascinating and ingenious reinterpretation of the history of tarot and the myths of the Grail.”

“This rich and fascinating book deepens our understanding of the tarot by grounding it in its historical context.”

– Richard Smoley, author of A Theology of Love

The Spiritual Roots of the Tarot

The Cathar Code Hidden in the Cards

By Russell A. Sturgess
LIST PRICE £18.99
PRICE MAY VARY BY RETAILER