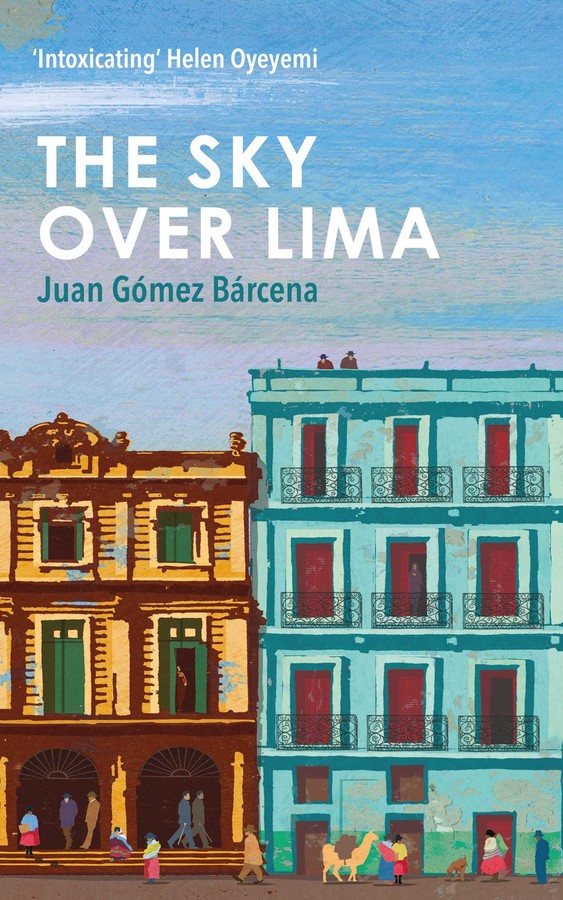 The Sky Over Lima

'A beautifully written novel' - André Aciman, author of Call Me By Your Name

AN OFFICIAL SELECTION OF THE FESTIVAL DU PREMIER ROMAN IN CHAMBÉRY


A vibrant tale of literary seduction, set against the backdrop of turn-of-the-century Peru

Peru, 1904. José Gálvez and Carlos Rodríguez are poets. Or, at least, they’d like to be. Sons of Lima’s elite in the early twentieth century, they scribble bad verses and read all the greats, especially their idol Juan Ramón Jímenez, the Spanish Maestro. Desperate for Jímenez’s latest work, unavailable in Lima, they decide to ask him for a copy.

Convinced Jímenez won’t send two dilettantes his book, but he might favour a beautiful young woman, they write to him as the lovely, imaginary Georgina Hübner. Jímenez responds with a letter and a signed copy. Elated, and now the talk of their literary circle, José and Carlos write back. Their correspondence continues as the Maestro falls in love with Georgina, and the boys abandon poetry for the pages of Jímenez’s life.

Set against the vibrant backdrop of bohemian taverns and social unrest in Peru at the turn of the century, The Sky Over Lima is being hailed as the most assured and inventive literary novel to come out of Spain in years.

'A beautifully written novel, chock-full of sharp humor and penetrating insight' Andre Aciman, author of Call Me By Your Name

‘Here’s a tale with the subtlest of stings in it, dark wit and telescopic perspective aplenty. And then there's the intoxicating folly of the games that the protagonists play with fantasy and fact, malice, tenderness, ambition, envy and other forces that strike at our most vulnerable selves. I’ll be thinking of these characters, what they longed to create and what they managed to despoil, for a long time.’

‘This marvelous story is stitched together by the seduction of three epistolary lovers, distant acquaintances that together conquer reality and fantasy, transporting us to an imaginary world that is at once refreshing, comic, and sublime. The conquest in this novel, a game played by one writer and his readers, captivates, drawing us in through the seductive power of a monumental young author.’

– Laura Esquivel, bestselling author of Like Water for Chocolate

'A solid, marvelously written narrative…The meticulous language, the ability to delve into the human psyche, the finely-tuned portraits of characters and the landscape of Peru in the earlier twentieth century, with is social upheaval, strikes, brothels, the rubber industry (the reader might be reminded of The Dream of the Celt by Mario Vargas Llosa), plus the story’s literary web, all wisely employed, turn The Sky over Lima into a novel to be read with supreme pleasure until it’s been completely devoured.'

‘Based on a true story, Spanish poet and writer Bárcena’s first novel transforms fact with cinematographic imagination, recreating the scenery and moods of Lima at the turn of the twentieth century with inimitable precision.’

'A beautifully written novel, chock-full of sharp humor and penetrating insight, The Sky over Lima has at its heart a captivating, ventriloquistic love story, not unlike the classic Cyrano de Bergerac. But in this epistolary romance, the woman is a fiction written by two boys - reminiscent in their way of Bolaño’s Visceral Realists - who come alive on the page as impeccably-wrought emissaries of their time and place, while remaining incredibly relatable and engaging to readers today.'

– Andrè Aciman, author of Call Me By Your Name

‘An intriguing tale of transatlantic catfishing ... Bárcena grounds the literary games in a richly detailed, early 20th-century Lima and its cast of secondary characters: dock workers, prostitutes, café-haunting literati. Its lightly ironic tone darkening as it proceeds, the novel sensitively explores how a literary prank shapes the sentimental, romantic, and moral education of Carlos.’

'Bárcena shines where so many writers stumble—his writing about art, of the artifice both in the narrative and implicit in his prose, feels alive, fresh and important. His words, which so easily could have become overwrought when translated into English, feel subtle and whimsical in Rosenberg's deft hands. Against the fascinating backdrop of Lima's burgeoning rubber industry, The Sky Over Lima explores notions of class, identity, and friendship, and reminded me of how it first felt to fall in love with writing.'

'A highly recommended read. Don’t miss out on this novel.’

‘Masterfully shows how to write a story that’s simultaneously a comedy, a tragedy, and a portrait of another culture. The style is magnificent, the narration told with originality, pulse, and rhythm. There’s little more to say: read Gómez Bárcena.’

'A solid, marvelously written narrative…The careful language, the ability to dig into the human psyche, the finely-tuned portraits of characters and the landscape of Peru in the earlier twentieth century, with is social upheaval, strikes, brothels, the rubber industry (the reader might be reminded of The Dream of the Celt by Mario Vargas Llosa), plus the story’s literary web, all wisely employed, turn The Sky over Lima into a novel to be read with supreme pleasure until it’s been completely devoured.'

'Gómez Bárcena succeeds at turning this singular moment into fiction with flying colors…The narration of this minimalist work flows and advances like an afternoon bike ride.'

The Sky Over Lima

'A beautifully written novel' - André Aciman, author of Call Me By Your Name