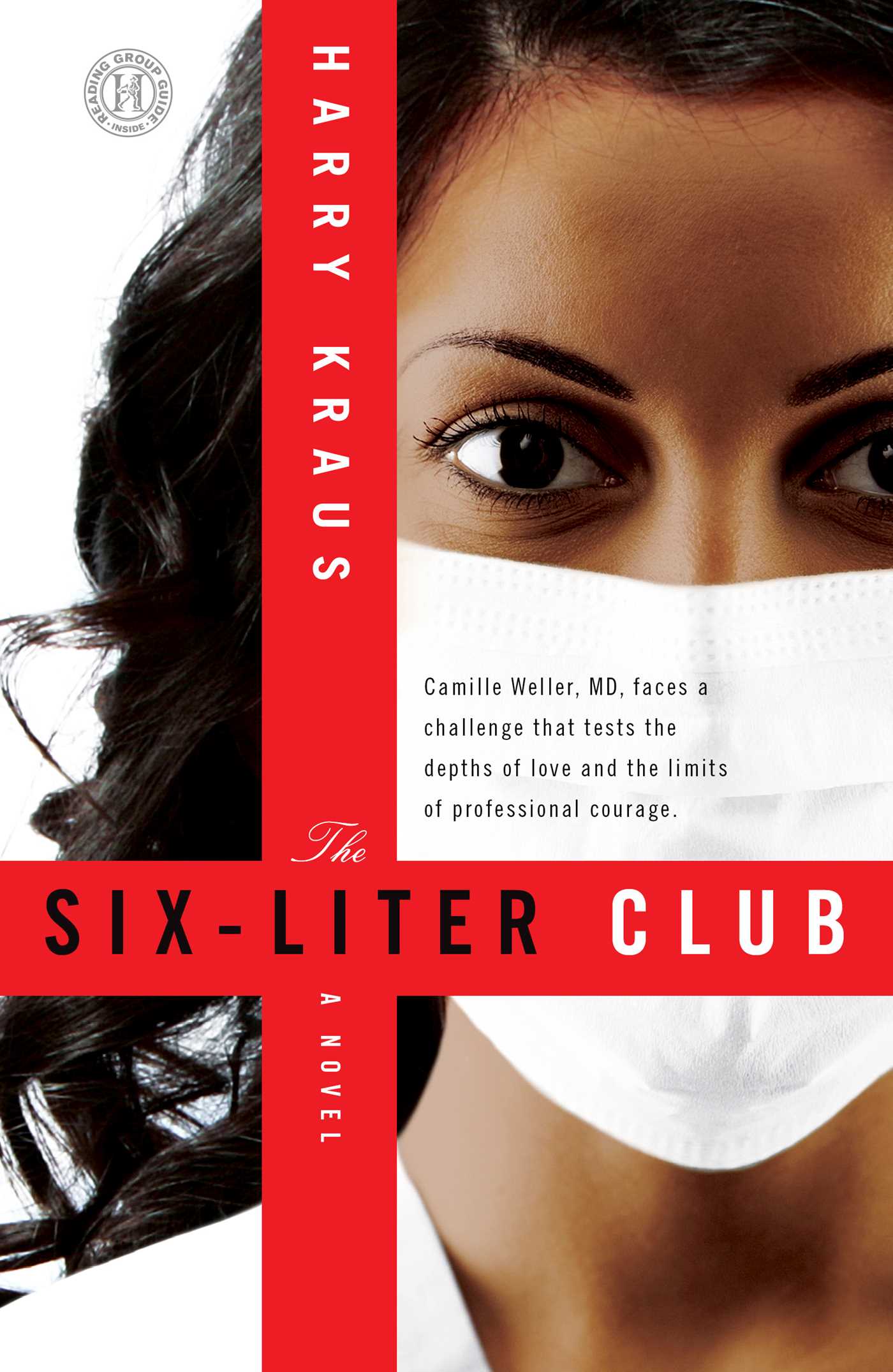 By Harry Kraus
LIST PRICE £5.99
PRICE MAY VARY BY RETAILER

ELUSIVE WHISPERS, A DARK CLOSET, STRONG ARMS... DOES SHE EVEN WANT TO REMEMBER?

Camille Weller has arrived as the first African-American attending in the trauma service of the Medical College of Virginia. Never mind that the locker rooms are labeled "doctors" and "nurses" rather than "men" and "women" or that her dark skin communicates "incapable" to many of her white male colleagues in the OR. Camille has battled prejudices her entire career, but those battles were small spats compared to what she faces now.

When a colleague discovers a lump in her breast, she believes Dr. Camille Weller is the best doctor for her. Together, they decide on a course of treatment that bucks the established medical system, keeping Camille firmly in the crosshairs of male surgeons already riddled with skepticism and suspicion.

Her success as a surgeon is jeopardized further when dark whispers from her childhood in Africa plague Camille’s thoughts. Bewildering panic attacks instill fear in a surgeon bent on maintaining the control, pace, and direction of her own life. Unable to shake the flashes of memory, Camille is forced to face a past she has not acknowledged since the death of her father on an African mission field. Who was he? Who was she? And why would either of those answers affect her present?

This reading group guide for The Six-Liter Club by Harry Kraus includes an introduction, discussion questions, and ideas for enhancing your book club. The suggested questions are intended to help your reading group find new and interesting angles and topics for your discussion. We hope that these ideas will enrich your conversation and increase your enjoyment of the book.

In The Six-Liter Club, we revisit a time during the 1980s when there were still many personal—and professional—barriers to be broken for women and minorities. In 1983, Camille Weller, MD, is the first Black female in history to attain the status of attending staff at Medical College of Virginia. She is gritty, sexy, and used to excelling over her male colleagues. She was orphaned as a child, born in Africa, but raised by a white aunt in the racially charged South of the 1970s. She is a trauma surgeon and enters the prestigious Six-Liter Club on her first day on the job.

But Camille has difficulties with intimacy. She is troubled by recurrent flashbacks from her youth (growing up in the Congo as a child of an American missionary and Congolese mother) during the Simba Rebellion in the Congo. She becomes convinced by a counselor that she was abused by her father.

In the end, Camille realizes that her father saved her, didn’t abuse her, and the truth opens the way for her to begin to accept the faith of her missionary father, as well as to learn to accept intimacy in relationships.

1. What does it mean to be part of the six-liter club? What did it mean to Dr. Weller in particular? How was she conflicted after she saved a patient’s life and became part of the club?

2. After Dr. Gilles questioned Dr. Weller’s judgment when she didn’t ask for help with the six-liter patient (Kendrick Solomon), she made sure to gather herself and get out of the situation before she started to cry. Why was it so important to her to not cry in front of her male colleagues? Why is there such a stigma against surgeons who show emotion and is how is this stigma magnified by the fact that Dr. Weller is a woman?

3. When Camille is trying to explain to Mark what happened to her parents in the Congo back in 1964, Mark doesn’t know what Simbas are. She notes that his ignorance of reality outside his small U.S. life is woefully common among Americans. Is she being too hard on him by expecting him to know about the politics of the country she was born in? Is she overly sensitive about it because her childhood was so tumultuous?

4. Shortly after the ‘locker room’ incident, Dr. Bradford tells Dr. Weller it’d be best if she didn’t make any more waves and if she played by the rules. Was he right in giving her this advice? Was he looking out for her best interests or the best interests of the status quo? Was he thinking more about her personal need for expression or the industry’s demand that surgeons fall in line?

5. Did it seem easier for Dr. Weller to overcome the fact that she was half African-America or a woman in the medical industry? Which of these two defining characteristics did her peers seem to have more of a problem with?

6. At Dr. Weller’s welcome reception, her best friend Kara asked her, ‘Why can’t you be who you want to be? Instead of what Gilles expects of his boys?’ Why did this statement from Kara bother her so much? Why is she so desperate to be accepted by the doctors in the ‘boys club’?

7. Camille starts having debilitating panic attacks, which she discusses with Kara when they go to the Tobacco Company to watch the Boston Redsox game. At this point, what do you think is causing the attacks? What is Camille afraid of? Failure? The pressure of a new job? Her feelings for Mark? A past she can’t remember?

8. When Tina Kinser first comes to visit Dr. Weller, she notes that, ‘Identifying with the emotions of your patients can make you a more effective healer.’ How does Tina help Camille change her mind about this notion as time goes on?

9. Did Tina find satisfaction in cheating on her husband Dan, as he had done to her before? Did she ever truly feel guilty or was her marriage so over by the time she started cheating on him that she didn’t feel much regret at all?

10. Why does Camille feel so guilty about Kara’s death? Do you agree or disagree that she was responsible for Kara’s death to some degree? Should she have been stronger and tried harder to prevent Kara from drinking that night?

11. Mark keeps mentioning to Camille that she is changing. What does he mean by this and when did this start happening? Was it spawned from her unexpected maternal relationship with Kendrick Solomon? Was it, as Mark suggested, that some mothering instinct has kicked in since she lost Kara?

12. Do you agree with the way Tina and Camille handled the situation with Mark in Chicago after they both found out about each other? Do you think it was strange that Camille could be so in love with Mark and then cut off the relationship with no explanation from Mark at all?

13. Do you feel that Kendrick and his father Clive being shot by the same gun in similar incidents but Kendrick living and Clive dying is fate? How did this change Camille’s opinion on faith and a Higher Power?

15. Camille experiences a relatively sudden religious adoption toward the end of the book. What do you think was the major turning point for her? What was the major incident that prompted her religious realization?

1. Discuss any major personal obstacles you’ve had to overcome. Talk about how you overcame the obstacle and how you think that changed you as a person. 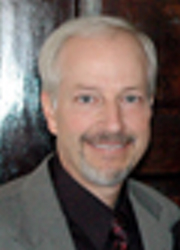 Best-selling author Harry Kraus, MD, is a board-certified surgeon whose contemporary fiction (beginning with 1994’s Stainless Steal Hearts and including his 2001 best-seller Could I Have This Dance?) is characterized by medical realism. He practices surgery in Virginia and formerly in Kenya where he served as a missionary surgeon. He's also the author of two works of nonfiction.

By Harry Kraus
LIST PRICE £5.99
PRICE MAY VARY BY RETAILER