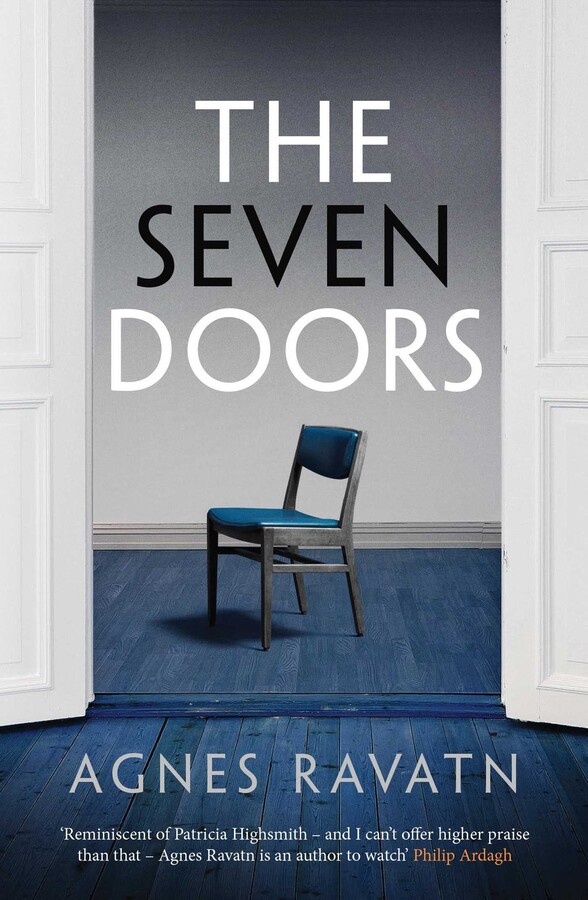 When the tenant of a house that university professor Nina owns with her doctor husband goes missing after an uncomfortable visit, Nina starts her own investigation … with deeply disturbing results. The long-awaited new psychological thriller from the bestselling author of The Bird Tribunal.

‘A clever, quirky mystery, full of twists and reminiscent of Agatha Christie at her best’ The Times

‘Ravatn, one of Norway’s premier crime writers, manages to conjure up an extra level of chilling atmosphere that will make you want to put the heating on … The Seven Doors packs a brutal punch’ The Sun

University professor Nina is at a turning point. Her work seems increasingly irrelevant, her doctor husband is never home, relations with her difficult daughter are strained, and their beautiful house is scheduled for demolition.

When her daughter decides to move into another house they own, things take a very dark turn. The young woman living there disappears, leaving her son behind, the day after Nina and her daughter pay her a visit.

With few clues, the police enquiry soon grinds to a halt, but Nina has an inexplicable sense of guilt. Unable to rest, she begins her own investigation, but as she pulls on the threads of the case, it seems her discoveries may have very grave consequences for her and her family.

Exquisitely dark and immensely powerful, The Seven Doors is a sophisticated and deeply disturbing psychological thriller from one of Norway’s most distinguished voices.
_________________

‘A beautifully written story set in a captivating landscape … it keeps you turning the pages’ Sarah Ward, author of The Quickening

Chilling, atmospheric and hauntingly beautiful … I was transfixed’ Amanda Jennings, author of The Storm

‘So chilling and bleak that it feels like the dead of winter. I read the book in one sitting with ever-growing dread’ Stephanie Wrobel, author of The Recovery of Rose Gold

Agnes Ravatn (b. 1983) is an author and columnist. She made her literary début with the novel Week 53 (Veke 53) in 2007. Since then she has written three critically acclaimed and award-winning essay collections: Standing still (Stillstand), 2011, Popular Reading (Folkelesnad), 2011, and Operation self-discipline (Operasjon sjøldisiplin), 2014. In these works Ravatn shows her unique, witty voice and sharp eye for human fallibility. Ravatn received the Norwegian radio channel radio NRK P2 Listener’s Novel Prize for this novel, a popular and important prize in Norway, in addition to the Youth Critic’s Award for The Bird Tribunal which also made into a successful play, and premiered in Oslo in 2015.