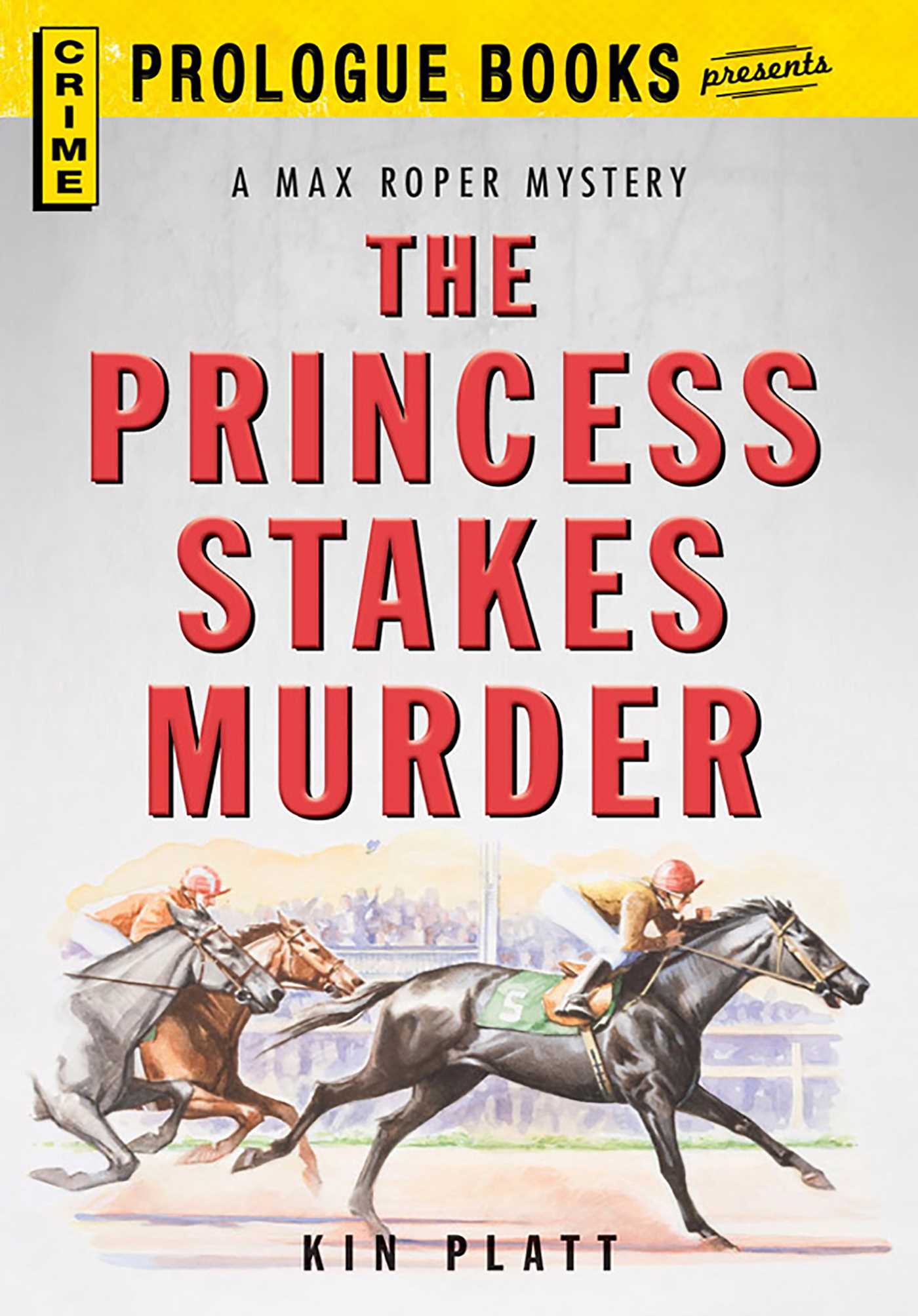 When millionaire jockey Willie Rich is murdered immediately after winning the $100,000 Princess Stakes, his old friend Max Roper, successful investigator, decides to find out who-dunit. It was set up to look like an accidental death--Willie drowned in his own pool--but Max didn't believe that. Fortunately for him, he is very much at home in the environs of a race track, because the person who might have wanted Willie dead was going to be one of the diverse people who are the usual habitués of a track: touts, gamblers, jockeys, trainers, rich horse owners and their wives and women, and even stableboys on the make. Max discovers that Willie had found a diary that pointed the finger of an earlier murder at someone who had kept right on covering his tracks. That someone, he figures, had to be among the following cast of characters: Ty Clayton, rich oil man, whose horses Willie rode. A man with a passion to win and an ungovernable temper. His wife, Monica, who had once been a magnificently beautiful movie star and who had run through four husbands, several fortunes and part of her looks. Was she being blackmailed? Kilburn, Willie's agent, who was shrewd enough to get away with murder and who had been heard arguing with Willie just before the death. Pam Clayton, Ty's daughter, who had disappeared when Willie's body was found. Tom Hunter, recent arrival from Acapulco, who was around the race track asking some very curious questions and backing them up with muscle. Then, of course, there was Penny, Willie's wife, who had liked Willie's money but very little else about him; and Johnny Cashio, the syndicate torpedo who like everything about Penny. And Joe Zale, who might have been jealous enough of Willie to do him in. And there are were also the people from Monica Clayton's past: Charnock, who dispensed psychic truths to adoring audiences and counted Monica among his most ardent disciples. Was he blackmailing her, or was it his secretary, Dorn? Someone, among this fantastic cast of characters, manages to involve Max in considerable personal jeopardy and violence before he triumphantly brings the murderer to book.