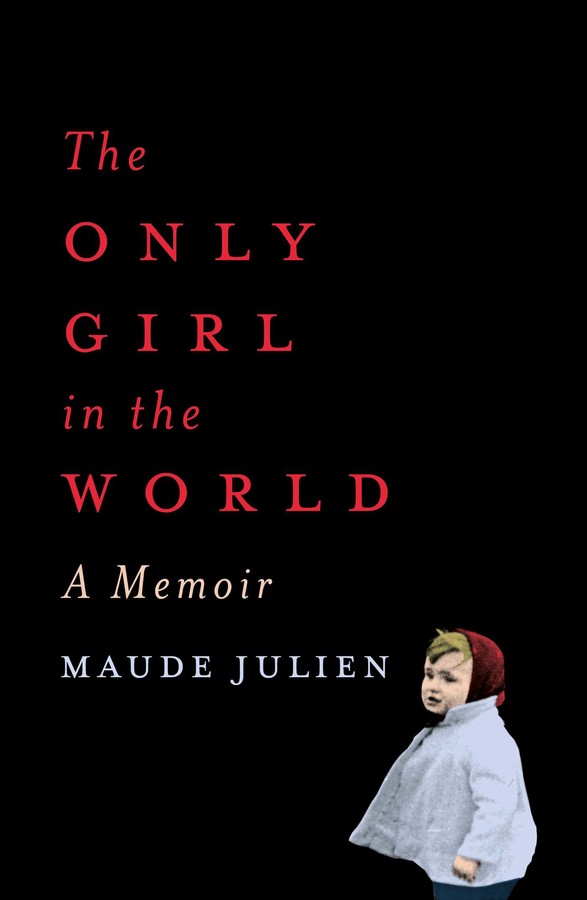 The Only Girl in the World

For readers of Damaged and Running with Scissors, a chilling exploration of psychological control that ends with a glorious escape.

Maude still remembers the sound of the gate being locked behind her. She was three years old when they moved into the secluded manor and in the coming years, she would only be allowed out a handful of times.

Her parents belonged to a fanatical Masonic order. She followed a strict schedule of study, hard labour and endless drills designed to ‘eliminate weakness’, such as holding an electric fence without flinching and sitting in a rat-infested cellar.

But despite their chilling psychological control, her parents could not control her inner life. Befriending animals on the lonely estate and characters in the books she read, Maude nurtured in herself the compassion and love her parents forbade.

Having escaped her parents' clutches, today Maude Julien is a psychologist specializing in manipulation. She is working on a second book that examines case studies she has encountered in her work and is currently preparing a TED Talk on psychological control

'Maude Julien’s memoir The Only Girl in the World details the torrents of abuse she endured as a child, growing up under fanatical Masonic parents. While the stories of her suffering disturb and unsettle, the solace and escapism she finds within reveal that flickers of light can be found in even the darkest of places.'

‘A living testimony of resilience… An account as gripping as it is inspiring.’

'At once fascinating, mystifying and distressing... The story takes on the energy of a thriller, building on the reader's hectic desire for [Julien's] escape.'

'The Only Girl in the World, a bestseller in France, is a portrait of a three-person cult – Maude and her parents.'

'Proof that love is in our nature regardless of our nurture.'

'The author of this harrowing memoir describes a childhood trapped in her family's grand house on the outskirts of a small French town in the nineteen-sixties... Now working as a therapist specializing in cases of psychological manipulation, she tells her story with the unflinching clarity of someone who is no longer ruled by her trauma.'

'The power of The Only Girl in the World lies in its ability to depict without judging—Julien never laments her situation, instead letting the facts speak for themselves.'

'The year's most harrowing memoir...At times the book, in form, resembles the beginnings of Emma Donoghue's Room, but this text is necessarily more graphic and frightening...My multiple audible gasps while working through The Only Girl in the World were partly a result of its author's ability to so artfully capture the meaning and depth of her survival. You wonder how anyone who went through what she did could come out functioning on the other side...That The Only Girl in the World exists as it does is a most persuasive argument for Julien's remarkable willpower.'

'A startling testament of survival.'

'Maude Julien developed an amazing resistance to suffering from a very early age, transcending the acts of barbarism inflicted upon her… Books can indeed save lives.'

'Your heart will break out in symphonies. [The Only Girl in the World] is an astonishing story, told in lucid, intelligent prose.'

'I was right there with Maude from the very beginning, and the prose was written in such a way that it wasn’t dry or stilted... a fantastic memoir that I recommend highly.'

'…a testament to her resilience. She also offers a valuable analysis of extreme methods of manipulation and psychological and emotional control.'

'Harrowing, heartbreaking, and against-all-odds uplifting [...] Maude Julien's voice is eloquent, composed, understated – the facts of the story are devastating enough.'

'At once fascinating, mystifying and distressing.'

'A deeply moving story of resilience and the power of the human spirit to find beauty and love amid the bleakest circumstances.'

'A tale of seclusion, deprivation, abuse… And yet, there is never any doubt that Maude Julien will transcend what she is going through and become the woman she is today: an admirable person.'

'Maude Julien delivers a staggering testimony, one that remains full of hope.'

'The Only Girl in the World delves into the fascinating subject of psychological control, with the author—now a therapist—as her own subject. Maude Julien goes beyond resentment and shows us a path toward hope.'

'This book will leave you stunned. It’s hard to fathom that it’s all true.'

'Her book offers a ray of hope.'

'The Only Girl In The World is…a magnifying study of human trials, obsessions, and abuse, as well as a harrowing look at a child and woman’s strength and beautiful regard to the nature of those around her.'

'This is a dark, moving, and thoughtfully rendered story.'

'Maude Julien's extraordinary memoir, The Only Girl in the World, is a harrowing yet achingly beautiful tale of a girl imprisoned by her brutal, fanatic family, but whose yearning for wonder and love ultimately drives her toward the improbable light of the world. This is a story of resilience unlike any I have ever read.'

'One of the most original and compelling stories I’ve read. Maude Julien's love of books ignites an insatiable curiosity about the world... A tale of hope and profound courage, Julien’s story illustrates how trusting ourselves and following our hearts can save us from the most oppressive and cruel conditions. Her brave spirit shines as a bright reminder that what lies within us is stronger and more powerful than our circumstances.'

The Only Girl in the World