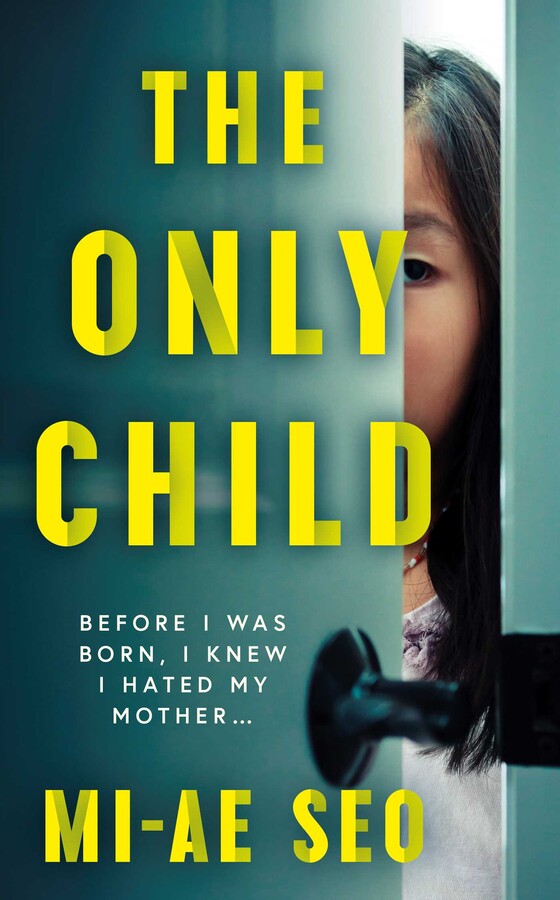 ‘A chilling, nuanced examination of today’s and tomorrow’s serial killers and the families who spawned them, The Only Child is a valuable addition to the growing list of Korean crime fiction.’ LA Times

‘Fans of Mindhunter and Silence of the Lambs will love this dark, cognitive duel between psychologist and serial killer.’ Jonathan Trigell, author of Boy A

Criminal psychologist Seonkyeong has two new people in her life.

A serial killer whose gruesome murders shook the world but who has steadfastly remained silent. Until now.

A young, innocent looking stepdaughter from her husband’s previous marriage, who unexpectedly turns up at the door after the sudden death of her grandparents.

Both are deeply troubled.

And both seem to want something from her. Can she work out just who is the victim in all of this? Before it’s too late...

'Wholly absorbing, but without any pandering on the author's part, so that the language, the style, and the mood grow about you, as you slip deeper into the story and realize, quite suddenly, you are immersed. An eerie, electrifying read.'

'A chilling, nuanced examination of today’s and tomorrow’s serial killers and the families who spawned them, The Only Child is a valuable addition to the growing list of Korean crime fiction available to American audiences.'

'In this twisted web of coincidence, criminal psychologist Seonkyeong untangles the pasts and motivations of two new acquaintances...as both become increasingly menacing presences in her life.'

'Fans of Mindhunter and Silence of the Lambs will love this dark, cognitive duel between psychologist and serial killer.'

– Jonathan Trigell, author of Boy A

'This is one creepy book. Come for the serial killers, criminal profilers and spooky children, stay for the twisting character studies and insight into domestic trauma. But check all the locks first.'

'For fans of Mindhunter, Mi-Ae Seo’s novel The Only Child feels like true crime but is a tour de force of twisty fiction with a shocking ending you won’t be able to stop thinking about. Family secrets abound in this fine novel of psychological suspense.'

– Alma Katsu, author of The Deep and The Hunger

'An addictive and shocking psychological thriller... There is a twist here that has to be read to be believed.'

'Korean author Seo’s U.S. debut is a dark dive into the mind-set of serial killers... Fans of Thomas Harris’s The Silence of the Lambs, and Zoje Stage’s Baby Teeth will find this admirable.'

‘While much of crime fiction features a parade of children in danger, what about those novels featuring children who are the danger? For those looking to be terrified by sociopathic youths, or those just looking for an all-round nailbiter of a thriller, we recommend The Only Child, in which a behavioural psychologist who studies serial killers becomes the caretaker of a very, very, creepy little girl.’

'With cold precision, Seo creates a chilling and engrossing profile of a next-generation serial killer.'

'The story moves along swiftly; you quickly develop sympathy for the main characters [...] The ending scenes are real page-turners and the final twist was totally unexpected. A gripping psychological thriller which looks at the experiences which make a serial killer, and asks if it's possible to reverse that damage.'

'Korean author Seo makes her debut with a creepy psychological thriller ... Seo stealthily spins an ever-tightening narrative web setting up a doubly shocking climax. It’s a measure of Seo’s skill that she manages to find flashes of humanity in a ruthless murderer. Fans of Netflix’s Mindhunter should feel right at home.'

'This novel feels perfect for fans of the authors Natsuo Kirino and Kanae Minato, plus the films Silence of the Lambs and The Bad Seed. The Korean author’s debut explores nurture vs nature and dark criminal minds as a young and optimistic criminal psychologist is called upon to talk to a convicted killer. It's a great slow-burn read filled with suspense.'

'I absolutely loved this debut thriller...expertly plotted, fantastic characters, an absolute pleasure to read... This has a really good chance of being one of my top crime thriller reads this year!'

'Never in my history of reading thrillers have I ever been invested in the development and safety of every character including the villain...This novel is written with such poise and restraint that I was left all the more speechless in the end.'