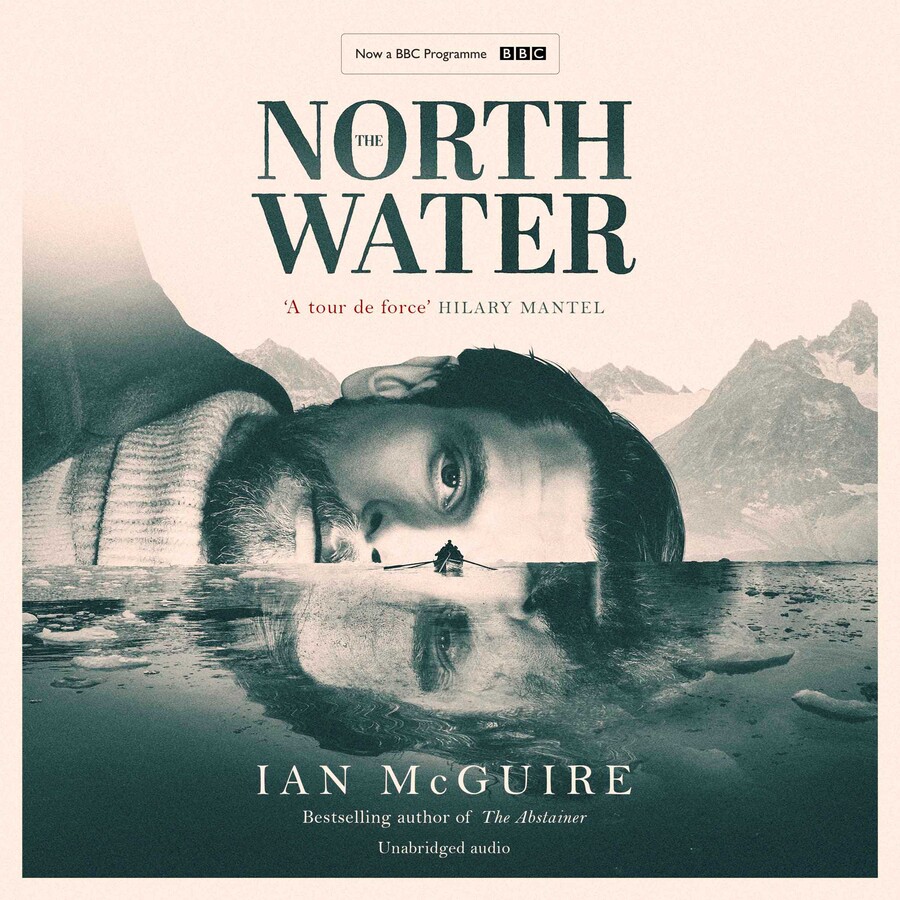 1859. A man joins a whaling ship bound for the Arctic Circle. Having left the British Army with his reputation in tatters, Patrick Sumner has little option but to accept the position of ship's surgeon on this ill-fated voyage. But when, deep into the journey, a cabin boy is discovered brutally killed, Sumner finds himself forced to act. Soon he will face an evil even greater than he had encountered at the siege of Delhi, in the shape of Henry Drax: harpooner, murderer, monster . . .

'One of my favourite books ever' Richard Osman

'A stunning achievement, by turns great fun and shocking, thrilling and provocative. Behold: one of the finest books of the year'

'McGuire delivers one bravura set-piece after another . . . The North Water has, in places, a Conrad–Melville undercurrent, but for the most part it is Dickens’s influence that is most keenly felt . . . This is a stunning novel, one that snares the reader from the outset and keeps the tightest grip until its bitter end'

– Financial Times on The North Water

'Horrifically gripping. Such fine writing might have been lifted from the pages of Herman Melville’s Moby-Dick’

– Independent on Sunday on The North Water

'Terrific, seamed with pitch black humour and possessed of a momentum that's kept up to the final, unexpected but resoundingly satisfying scene ... Inspired'

'As a storyteller, McGuire has a sure and unwavering touch, and he has engineered a superbly compelling suspense narrative . . . As a stylist, too, McGuire is never less than assured . . . a writer of exceptional craft and confidence'

'Raw and compulsively readable . . . think The Revenant for the Arctic Circle'

– The Millions on The North Water

'Terse, grisly...Henry Drax, chief harpooner on board the Volunteer, is the dark presence around whom the novel revolves and what a presence. One thing’s for certain: like Moby Dick, this book is not about the fish.'

'This book is quite a ride . . . The powerful story and the riches of the setting do not romanticise the past'

'The North Water has exceptional power and energy'

'A vivid read, full of twists, turns, period detail and strong characters . . . An enjoyable contrast to most literary fiction'

– Robbie Millen, The Times on The North Water

'Brilliant, fast-paced, gripping. A tour de force of narrative tension and a masterful reconstruction of a lost world'

– Hilary Mantel on The North Water

‘Riveting and darkly brilliant . . . The North Water feels like the result of an encounter between Joseph Conrad and Cormac McCarthy in some run-down port as they offer each other a long, sour nod of recognition. McGuire has an extraordinary talent’

'A novel that takes us to the limits of flesh and blood. Utterly convincing and compelling, remorselessly vivid and insidiously witty. A startling achievement'

– Martin Amis on The North Water

‘Death is the making of The North Water, Ian McGuire’s bloody, gripping novel set in the middle of the 19th century aboard the Volunteer . . . The language has a harsh, surprising beauty that contrasts the spectacular setting with the greedy, bankrupt men who force their way northward, armed with harpoons for slaughter . . . Powerful’

– New Statesman on The North Water

‘The North Water is brilliant. A fast-paced gripping story set in a world where ‘why’ is not a question and murder happens on a whim; but where a faint ray of grace and hope lights up the landscape of salt and blood and ice’

– Hilary Mantel on The North Water

‘The strength of The North Water lies in its well-researched detail and persuasive descriptions of the cold, violence, cruelty and the raw, bloody business of whale-killing. The Volunteer is rotten from the outset . . . The ship becomes a morally null universe, isolated on the north water. There are echoes here of Conrad’s Heart of Darkness’

– Helen Dunmore, The Guardian on The North Water

‘McGuire delivers not only arresting depictions of bloody destruction, but moments of fine prose that recall Seamus Heaney's harsh music.  For noirish thrills in an unusual setting, McGuire has the goods and the gore’

– Kirkus Reviews on The North Water

– Publishing News on The North Water

‘Ian McGuire’s second novel is an unflinching look at what men do, in extreme circumstances, for money, to survive, or for no reason at all. It has quite a lot in common with TV shows like HBO’s Deadwood and its many descendants (including Peaky Blinders), and . . .  it grips like a horror movie. The North Water is self-consciously literary, thick with allusions to other books: Moby Dick, obviously; Conrad; Elizabeth Gaskell’s only historical novel, Sylvia’s Lovers; William Golding’s Rites of Passage trilogy; Frankenstein; Dracula; McGuire’s opening sentence is an ironic allusion to John’s gospel but it also recalls the beginning of the novel that The North Water most resembles, Cormac McCarthy’s Blood Meridian’

– London Review of Books on The North Water

'Blood, blubber and appalling human violence saturate a tale of a doomed 19th-century whaling voyage to the Arctic'

– The Sunday Times on The North Water

'Set in the late 19th century, this is the tale of Patrick Sumner, a former army surgeon who joins a whaler bound for the waters of the Arctic Circle. Why would he take on such a dangerous task? He has a secret to hide. Also worth noting is that Ian McGuire's vivid novel is full of the smells of Victorian Hull, which include the "morning piss-stink of just-emptied night jars", "the usual tavern stench - farts and pipe-smoke and spilled ale", "the roaring stench of excrement and decay"; the "residual smell of horse dung and butchery"...I could go on'

– The Times on The North Water

'Prompted by Colm Toibin's superb review in The New York Times, I lost my Kindle virginity to The North Water, Ian McGuire's chilling tale of whaling and depravity'

– Sunday Telegraph on The North Water

‘Should there be a dark horse on the [Man Booker] list, this is it. Forget slick, cool, funny and topical, this is the kind of book that captures the imagination, this is what fiction is about – the power of story.’

– Irish Times on The North Water

– The Irish Times on The North Water

‘Powerful . . . A tale of startling brutality and violence. Undeniably gripping’