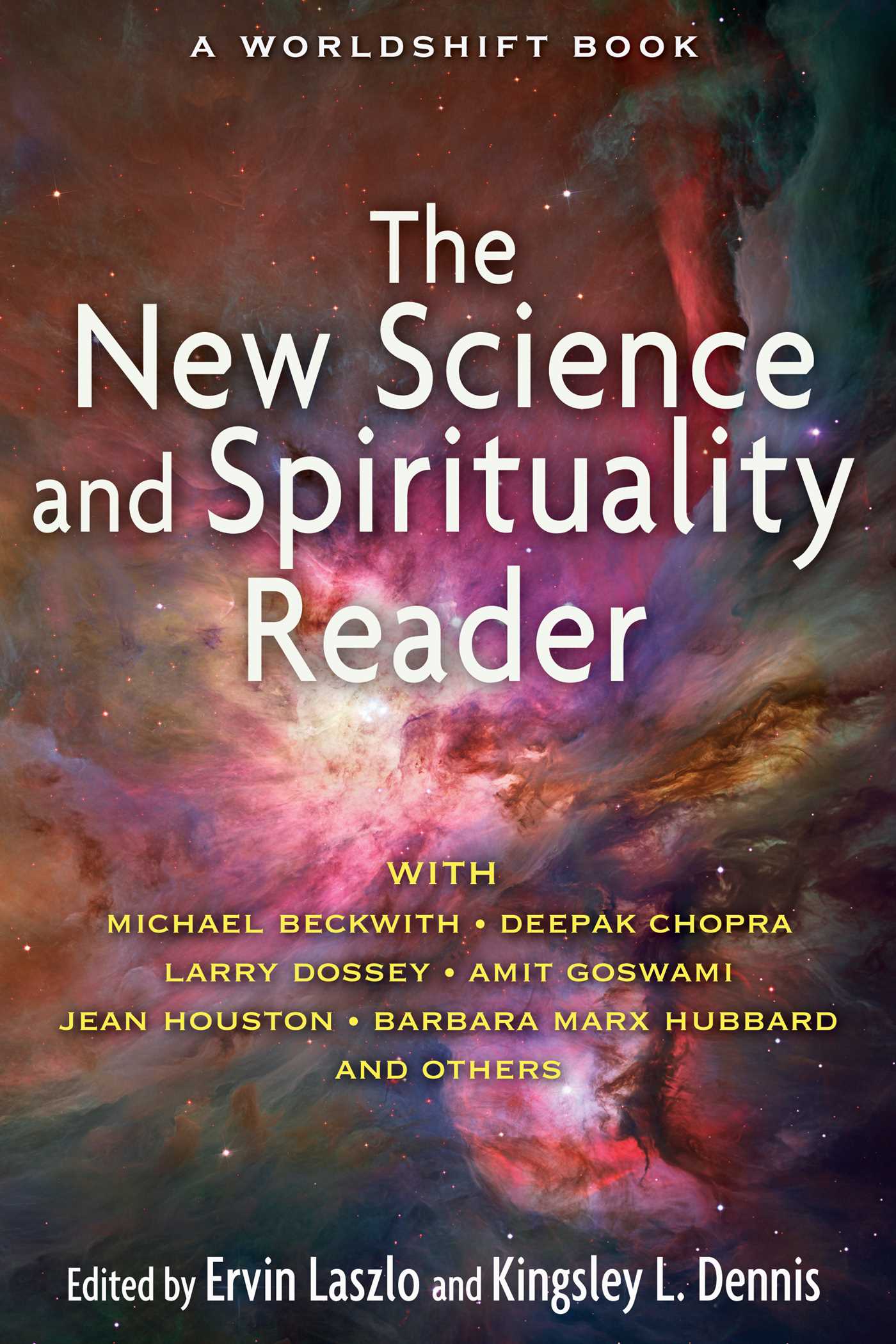 The New Science and Spirituality Reader

• Offers strategies to promote the fusion of science and spirituality

• Explores phenomena at the crossroads of science and religion, such as the nonlocal mind, conscious evolution, and quantum consciousness

Edited by Nobel Prize nominee Ervin Laszlo and WorldShift International cofounder Kingsley Dennis, this volume brings together 28 leading scientists and spiritual thinkers for a game-changing conversation on bridging the gap between science and religion. With contributions by Michael Beckwith, Deepak Chopra, Larry Dossey, Amit Goswami, Stanislav Grof, Jean Houston, Barbara Marx Hubbard, José Argüelles, Peter Russell, and many other prominent visionaries, this collection explores phenomena at the crossroads of science and religion, such as the nonlocal mind, conscious evolution, and quantum consciousness, and offers strategies to promote the fusion of science and spirituality and develop a multiperson planetary consciousness.

This book reveals higher consciousness as the bridge between science and spirit, passionate curiosity as the common ground among scientists and seekers, and the urgent need for an alliance between science and the great traditions of spiritual wisdom to move our worldview forward and meet today’s global challenges.

Nothing gets as vicious as fighting for a lost cause. If the proverbial Martian landed in a flying saucer today and saw how religion is pitted against science, he would be surprised at the vehemence on both sides. What is the war about? I am not drawn to lost causes, therefore I’d like to guide the debate away from religion. And because religion is the primary form of spirituality in most people’s lives, we’ll have to step away from spirituality, too, at least at first.

Let’s talk about science, then. In my view, there should be renewed admiration for science’s attempts to answer the fundamental mysteries:

-How did the universe come about?
-What caused life to emerge from a soup of inorganic chemicals?
-Can evolution explain all of human development?
-What are the basic forces in nature?
-How does the brain produce intelligence?
-What place do human beings occupy in the cosmos?

Many observers have linked these questions to spirituality, too. Facts tell us how life came about, but faith still wants to know why. But what strikes me is how useless these big questions easily become. You and I live our lives without asking them. We may be philosophically curious; we may even have enough leisure time to reflect upon the big picture. For all that, the big questions are posed, by and large, by professors who are paid to pose them. Religion and science occupy different kinds of ivory towers, but until they come down to Earth, neither one meets the practical needs of life.

Science comes down to Earth as technology; religion comes down to Earth as comfort. But viewed together, they fall short of a common factor that guides every moment of daily life: consciousness. Being alive is inconceivable without being conscious. “I think, therefore I am” is fundamentally true, but Descartes’ maxim should be expanded to include feeling, intuition, a sense of self, and our drive to understand who we are.

The practical application of consciousness seems remote compared to technology. Would you rather be enlightened or own an iPad? In modern society, the choice is all too obvious. But it’s a false choice, because people don’t realize that the things they most cherish and desire are born in consciousness: love, happiness, freedom from fear, the absence of depression, and a vision of the future. We achieve all these things when consciousness is healthy, open, alert, and expansive. We lose them when consciousness is cramped, constricted, confused, and detached from its source.

I receive Google alerts every day telling me that one skeptic or another calls these considerations “woo.” It’s not my role to defeat skepticism, which amounts in practice to a conspiracy for the suppression of curiosity. Science advances through data and experiments, but those in turn depend upon theory. Theory is the flashlight that tells an experimenter where to look, and without it, he wanders at random. His data don’t fit into a worldview. I consider myself scientific at heart, and so I depend upon a theory as well. Its basic premises are as follows:

-We live in a universe that exhibits intelligence, self-regulation, and creativity.
-Consciousness preceded the brain. It created life and went on to create the brain itself.
-Consciousness is primary in the world; matter is secondary.
-Evolution is conscious and therefore creative. It isn’t random.
-At the source of creation one finds a field of pure awareness.
-Pure awareness is the source of every manifest quality in the universe.

Scientists don’t use most of the terms that are central to my theory--which isn’t mine, actually, but was born and sustained through the world’s wisdom traditions. In the name of objectivity, science leaves consciousness out of its equations and is fiercely proud for doing so. In doing that, a scientist is pretending not to be part of life, as if thinking, feeling, creating, loving, and enmeshing oneself in the complexities of the inner world were all irrelevant.

In fact, nothing could be more relevant. The future lies with anyone who seriously delves into consciousness. Why? Because with physics arriving at the quantum world, neuroscience at the most minuscule operations of brain cells, and biology at the finest fabrics of DNA, all three have hit a wall. At the finest level, nature is too complex to unravel through such weak ideas as randomness, materialism, and unconscious mechanics. Nature behaves, and as we know from ourselves, behavior is tricky. Science has tons of data about phenomena that don’t fit any explanation. For example:

-How does an observer cause light to change from acting like a wave to acting like a particle?
-How can a group of ordinary people cause a random number generator to turn out more ones than zeros simply by wanting it to?
-How do millions of monarch butterflies migrate to the same mountainous regions of Mexico when they’ve never been there before and were not born there?
-How do twins connect at a distance, so that one knows immediately when the other has been hurt or dies?
-Where in the brain does the self live? Why do I feel like myself and no one else?

These are alluring mysteries, like trailing bits of yarn that lead back to a big tangled ball. This book with its open-minded questioning can help in the untangling. Yet it spells doom if anyone, either believer or skeptic, falls back upon the tired and dishonest ploys that fill the debate today, such as:

-I already know the answer in advance, which makes you automatically wrong.
-I disdain your beliefs.
-You’re a fraud with dishonest motives.
-I only want to make you look bad.
-You don’t know as much science as I do, or perhaps none at all.
-Speculative thinking is foolish, superstitious, or both.
-I’m here to win, not to find out the truth.

“...this collection explores phenomena at the crossroads of science and religion, such as the nonlocal mind, conscious evolution, and quantum consciousness, and offers strategies to promote the fusion of science and spirituality and develop a planetary consciousness.”

The New Science and Spirituality Reader