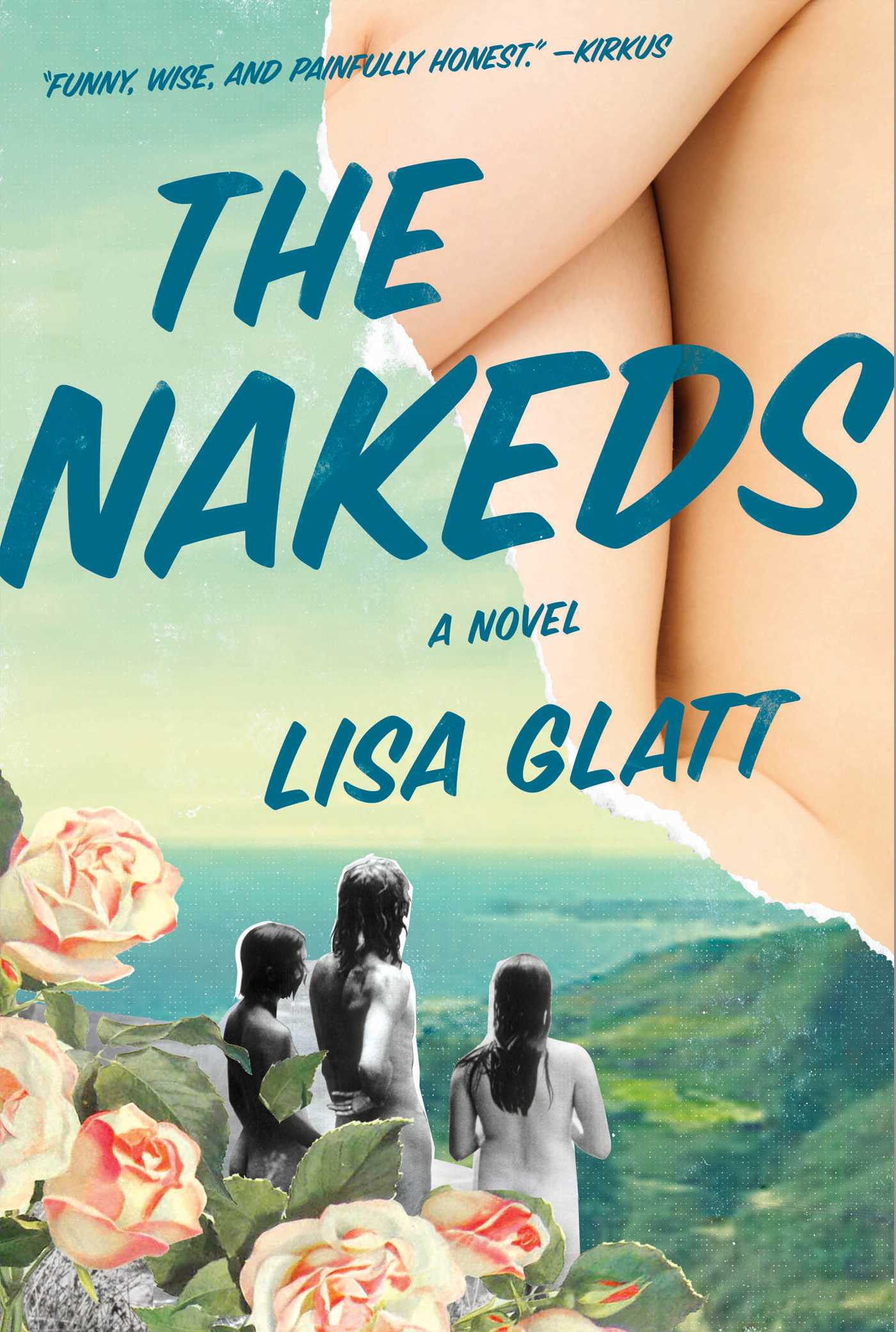 A hit-and-run accident sends the lives of both driver and victim into unforeseen trajectories in a family drama set against the backdrop of the sexual revolution and 1970s California.

On the morning that Nina and Asher Teller's marriage falls apart in their Southern Californian kitchen, their young daughter, Hannah, is the victim of a hit-and-run accident that will leave her leg in a cast for much of the next decade. Nina's next husband introduces her to nudism and soon suggests they plunge further into the sexual revolution of the 1970s. Meanwhile, the remorseful driver, Martin, tries to bury his dark secret under the flashing lights and ringing bells of Las Vegas.

The Nakeds is an absorbing, darkly comical story of love and desire, of forgiveness and the unforgivable, and the truths we sometimes hide underneath our very own skin.

“Trust me: The Nakeds is a book you won’t want to put down. With humor, heart, intelligence and compassion, Lisa Glatt has written a powerfully absorbing novel about the most dark and complicated human truths. Her characters are so perceptively drawn I felt as if they were people I knew. Her portrait of southern California in the 1970s is so vivid I could practically feel that particular sun on my face. Her insights into how we love and forgive and deny and accept are so profound I felt changed by the time I read the final sentence. This is an unforgettable and spellbinding book by a writer of rare radiance.”

“Lisa Glatt writes with incandescent ink: her novel emanates light. There is damage and heartache to be found in The Nakeds, yet every page is radiant with redemption, and every gorgeously human character embodies hope. This book will keep you up late at night, turning page after page, laughing aloud, palms sweating, heart in your mouth.”

– Dylan Landis, author of, Rainey Royal and Normal People Don’t Live Like This

“The characters so finely etched and flawed and real, the scenes indelible as if burned into wood—this portrait of people trying to make it in southern California is one of the finest you’ll see.”

“The Nakeds is a work of simple and lucid brilliance, and Lisa Glatt is a stunningly gifted writer. The world needs to know her. I think it soon will.”

– Meghan Daum, author of, The Unspeakable: And Other Subjects of Discussion

“Throughout [The Nakeds], hope is as much a curse as it is a blessing, and in the end, Glatt doesn't shy away from this ambiguity. What she leaves her characters—and her readers—with is possibility. Funny, wise, and painfully honest.”

“Glatt, a poet whose most recent novel was A Girl Becomes a Comma Like That, knows just how to peel away the pretensions of modern life. In the sunlight of her prose, everybody looks pink and vulnerable … This psychological drama slides along an electric wire of suspense …”

“Lisa Glatt has a developed quite the knack for tackling dark subject matter with an enthralling wit.”

“Glatt writes with clarity and heart about these four people, but equally compelling is her vivid portrait of Southern California in the 1970s. The Nakeds is as escapist as it is illuminating; as radiantly beautiful as it is painfully, shatteringly real.”

“Glatt’s background in poetry is evident in the crisp vividness of her language.”

“Glatt has a light comic touch and a painfully honest gaze that will keep the reader engaged until the very end.”

"The way Glatt blends the ordinary with the hidden rivers of the heart is part of what makes the novel so readable, as does the humor laced throughout even the most troubling scenes... Glatt is also the author of two collections of poetry, and her sense of timing might be attributed to this skill set, which is not colored by lyrical descriptions but by precise and cinematic details that give The Nakeds its authentic feel. Time either hobbles along or flashes by with unnatural speed, just as it does in real life, and her characters feel like people we know and who, through the mind-reading powers of storytelling, we are now beginning to understand."