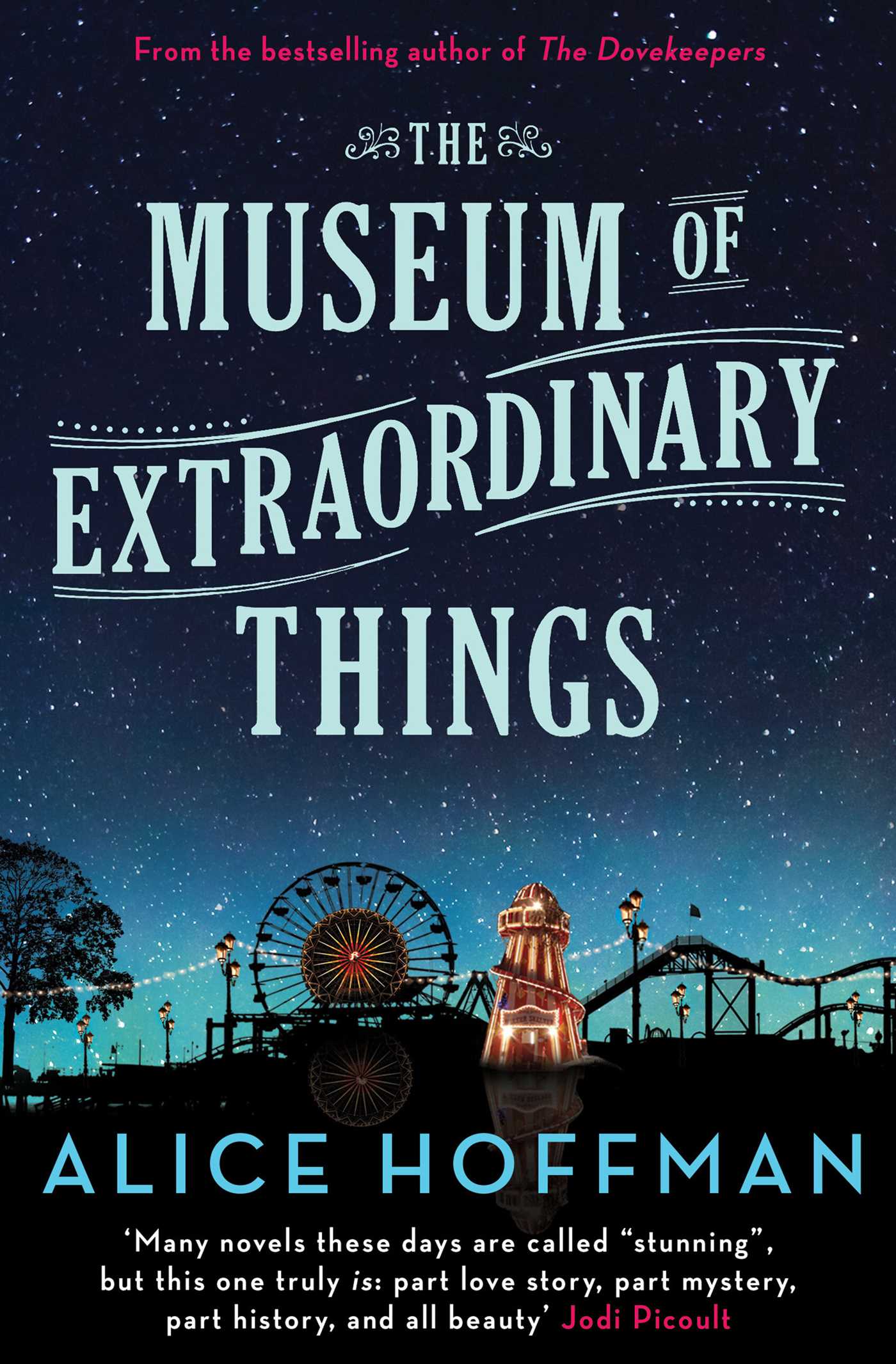 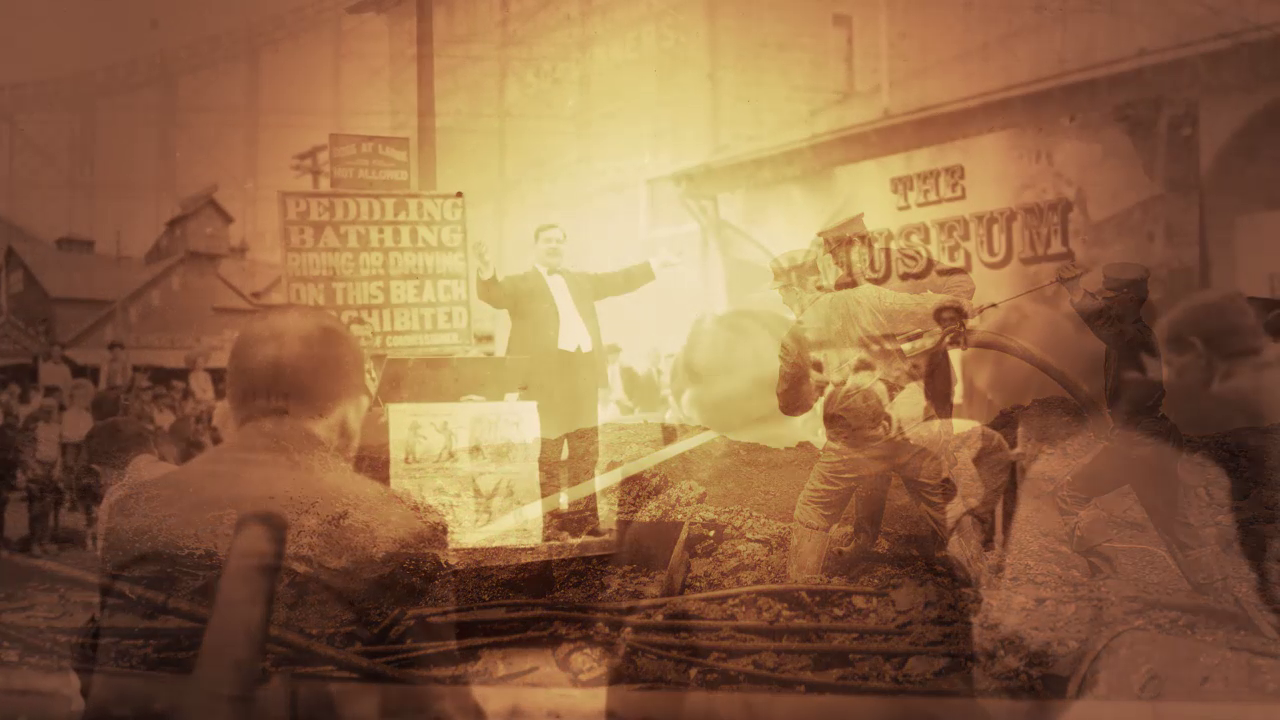 Trailer for Museum of Extraordinary Things by Alice Hoffman

By Alice Hoffman
LIST PRICE £5.99
PRICE MAY VARY BY RETAILER

From the bestselling author of The Dovekeeperscomes a spectacularly imaginative and moving new novel in the vein of The Night Circusthat has been acclaimed by Jodi Picoult as 'truly stunning: part love story, part mystery, part history, and all beauy'.

And meet Eddie Cohen, a handsome young immigrant who has run away from his painful past and his Orthodox family to become a photographer, documenting life on the teeming city streets. One night by the freezing waters of the Hudson River, Coralie stumbles across Eddie, who has become enmeshed in the case of a missing girl, and the fates of these two hopeful outcasts collide as they search for truth, beauty, love and freedom in tumultuous times.

This reading group guide for The Museum of Extraordinary Things includes an introduction and discussion questions for your book club. The suggested questions are intended to help your reading group find new and interesting angles and topics for your discussion. We hope that these ideas will enrich your conversation and increase your enjoyment of the book.

Coralie Sardie grows up in her father’s “museum” on the Coney Island boardwalk where she appears as a living mermaid. Nightly swims in the Hudson River provide her only escape from her father’s influence. One night, she encounters a handsome photographer named Eddie Cohen, a Russian immigrant who has turned his back on his Orthodox community. When Eddie photographs the devastating Triangle Shirtwaist Factory Fire, he is drawn into the mystery of a factory worker’s disappearance, and back to the Lower East side neighborhood he had abandoned. Set against the colorful, volatile world of early-twentieth-century New York City, Alice Hoffman’s latest novel is a love story as strange and fantastic as anything The Museum of Extraordinary Things holds.

1. The novel is framed by two spectacular fires. Why do you think the author chose to structure the novel this way? What effect does each fire have on the major characters and on the people of Manhattan and Brooklyn?

2. How does Raymond Morris, known as the Wolfman, change Coralie’s perception of her father and their circumscribed world? What parallels does Coralie find between her own life and those of the characters in Jane Eyre?

3. Why does Coralie keep Maureen in the dark about her night swims and her father’s sexual exploitation? Would Maureen have been able to protect Coralie if she had known?

4. Eddie says “the past was what we carried with us, threaded to the future, and we decided whether to keep it close or let it go” (139). Was Eddie able to let his past go? Did you sympathize with his decision to move away from his father?

5. Why does Eddie feel compelled to solve the mystery of Hannah Weiss’s disappearance? What makes him a good “finder”?

6. When Coralie steps into the lion’s cage, the trainer Bonavita tells her “you have a form of bravery inside you” (196). Do you agree? Does Coralie agree? In what instances does she defy her father, and when does she acquiesce to his demands?

7. Consider Coralie’s claim that “curiosity had always been my downfall” (253). Did her curiosity about her father and the outside world worsen her situation or improve it? How naïve is Coralie?

8. What did you make of the living wonders at The Museum of Extraordinary Things? How did their treatment differ at Dreamland? What enables some of the wonders, such as the Butterfly Girl, to achieve a semblance of a normal life?

9. What sort of atmosphere does Alice Hoffman create by using dreams as a recurring motif? How do Coralie’s and Eddie’s dreams expose their inner lives and connect them to the past and future?

10. Professor Sardie and Abraham Hochman both present themselves as things they are not. How did you feel about their deception and self-aggrandizement? Do circumstances make one worse than the other? In what ways did the culture of early-twentieth-century New York City favor the corrupt and those who bent the rules?

12. Why did Maureen choose to stay with the Professor and Coralie, in spite of his treatment of her? Of the lessons that Maureen taught Coralie, which were the most important?

13. Consider the role that animals play in the novel. Why does Coralie save the tortoise? What is the symbolism of the trout that Eddie cannot kill? In what other instances do animals reveal something about a character?

14. In thinking of her father, Coralie says “perhaps there is evil in certain people, a streak of meanness that cannot be erased by circumstance or fashioned into something brand new by love” (246). Do you think a person can be innately evil? Are the morally ambiguous actions of other characters, such as Eddie or the liveryman, redeemed?

15. Hoffman’s portrait of New York City is of a rapidly evolving, volatile place. Which historical details stood out most vividly to you? If you’ve spent time in New York, was it hard to imagine the city as it was in the early-twentieth-century? What places are currently undergoing similar transformations or experiencing similar tensions? 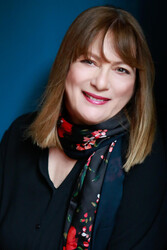 Alice Hoffman is the author of more than thirty works of fiction, including Magic Lessons, The World That We Knew, Practical Magic, The Rules of Magic, the Oprah’s Book Club selection Here on Earth, The Red Garden, The Dovekeepers, The Museum of Extraordinary Things, The Marriage of Opposites, and Faithful. She lives near Boston.

‘What is it that makes American authors excel at depicting marriage? Alice Hoffman’s The Marriage of Opposites is one of the best novels on the subject . . . not least because the opposites of its title embrace not just gender but race, class and religion . . . Hoffman’s sensuous prose is ideally suited to describing the landscape . . . As intoxicating as the finest island rum’

– Independent on The Marriage of Opposites

‘Hoffman is a master of evocatively described places . . . This captivating novel transports the reader to a sensual world of lush tropical landscapes, colonial opulence and conflicted passions’

– The Lady on The Marriage of Opposites

‘Alice Hoffman’s fictionalised biography of Rachel Pizzarro’s life is an evocative, sensitive and historically rich portrayal of a woman living ahead of her time’

– The Observer on The Marriage of Opposites

By Alice Hoffman
LIST PRICE £5.99
PRICE MAY VARY BY RETAILER