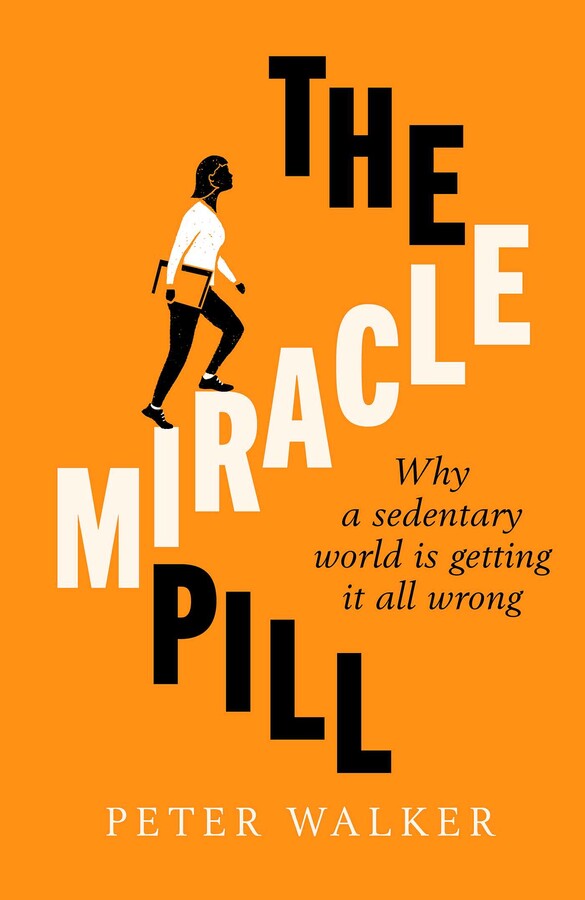 By Peter Walker
LIST PRICE £16.99
PRICE MAY VARY BY RETAILER

'This book is pretty life-changing – encouraging, optimistic, rich with information. It got me off the sofa.' Jeremy Vine


What is the 'miracle pill', the simple lifestyle change with such enormous health benefits that, if it was turned into a drug, would be the most valuable drug in the world? The answer is movement and the good news is that it's free, easy and available to everyone.

Four in ten British adults, and 80% of children, are so sedentary they don’t meet even the minimum recommended levels for movement. What’s going on?

The answer is simple: activity became exercise. What for centuries was universal and everyday has become the fetishised pursuit of a minority, whether the superhuman feats of elite athletes, or a chore slotted into busy schedules. Yes, most people know physical activity is good for us.  And yet 1.5 billion people around the world are so inactive they are at greater risk of everything from heart disease to diabetes, cancer, arthritis and depression, even dementia. Sedentary living now kills more people than obesity, despite receiving much less attention, and is causing a pandemic of chronic ill health many experts predict could soon bankrupt the NHS.

How did we get here? Daily, constant exertion was an integral part of humanity for millennia, but in just a few decades movement was virtually designed out of people’s lives through transformed workplaces, the dominance of the car, and a built environment which encourages people to be static.

In a world now also infiltrated by ubiquitous screens, app-summoned taxis and shopping delivered to your door, it can be shocking to realise exactly how sedentary many of us are. A recent study found almost half of middle-aged English people don’t walk continuously for ten minutes or more in an average month. At current trends, scientists forecast, the average US adult will expend little more energy in an average week than someone who spent all their time in bed.

This book is a chronicle of this very modern and largely unexplored catastrophe, and the story of the people trying to turn it around. Through interviews with experts in various fields - doctors, scientists, architects and politicians - Peter Walker explores how to bring more movement into the modern world and, most importantly, into your life. Forget the gym, introducing quick and easy lifestyle changes can slow down the ageing process and even reverse many illnesses and increase mental wellbeing.

By Peter Walker
LIST PRICE £16.99
PRICE MAY VARY BY RETAILER