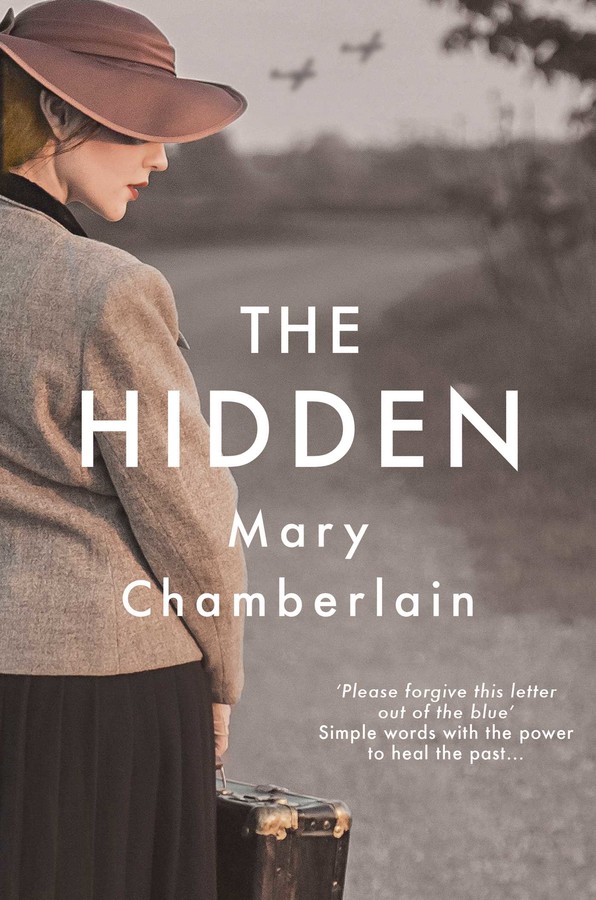 Her heart died in the war – can she breathe new life into it?

Dora Simon and Joe O’Cleary live in separate countries, accepting of their twilight years. But their monochrome worlds are abruptly upended by the arrival of Barbara Hummel, who is determined to identify the mysterious woman whose photograph she has found among her mother’s possessions.

Forced to confront a time they thought buried in the past, Dora and Joe’s lives unravel – and entwine. For, trapped on the Channel Islands under the German occupation in the Second World War, Dora, a Jewish refugee, had concealed her identity; while Joe, a Catholic priest, kept quite another secret...

This is a story of love and betrayal, shame and survival. But can a speck of light diffuse the darkest shadows of war?

‘Recent novels such as The Guernsey Literary & Potato Peel Pie Society have taken the occupation as their subject, but none so potently as Mary Chamberlain’s The Hidden… As Chamberlain’s narrative moves between past and present…the realities of life under a ruthless occupying power are slowly, skilfully revealed.’

‘A heart-breaking yet hope-filled tale.’

'Set against the backdrop of the Nazi occupation of the Channel Islands, The Hidden is a powerful, heart-wrenching story of deception and guilt, love and loss; I was completely engrossed, seduced by its strong characters and atmosphere, and intrigued by the mystery at the heart of the novel.'

– Saskia Sarginson, author of The Twins

'Beautiful, shocking and utterly absorbing, The Hidden casts light on an episode in our wartime history which is so rarely told... Mary Chamberlain writes beautifully about war, love and survival, brilliantly portraying the struggles of individuals, especially women, forced into desperate acts in order to endure.'

'This compelling and heart-rending novel is a potent reminder that the horrors of war aren’t limited to the battlefields. Nor do they cease when the guns fall silent. There are those who will carry the scars – emotional, physical and psychological – for the rest of their lives. There is scant justice. But in The Hidden, Chamberlain gives them credence and a voice.'

'A riveting World War saga taking place in the unusual setting of Jersey. A tale about the lives that persist in the shadow of an occupation: the devastating things that happen to people; the soul-destroying things they are made to do; the miraculous things they make happen; and the secrets and ramifications they are left to live with for the rest of their lives.'

'Shines a piercing light on the shrouded history of human trafficking and labour camps in the Channel Isles during WW2. A fascinating and powerful story of love, endurance, betrayal and guilt.'

– Anna Mazzola, author of The Unseeing

'Hauntingly atmospheric, historian and author Mary Chamberlain takes the reader to the dark days of the Channel Islands under German Occupation, and tells a hugely moving tale of love, survival, and betrayal.'

'It's a superbly told tale which will keep you guessing all the way to the end.'

'Historian Chamberlain does a terrific job of moving beyond dry records, underlining the fact that although women have a different wartime story to men, it is no less wrenching. She researched the topic in great detail and spares no one for, as a protagonist points out, war makes monsters of everyone.'