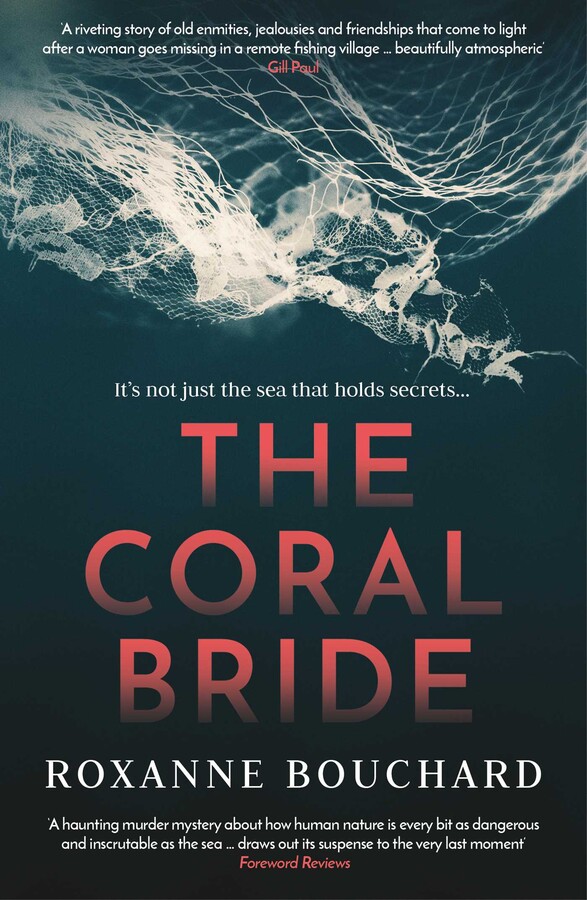 In this beautiful, lyrical sequel to the critically acclaimed We Were the Salt of the Sea, Detective Moralès finds that a seemingly straightforward search for a missing fisherwoman off Quebec’s Gaspé Peninsula is anything but …

‘A riveting story of old enmities, jealousies and friendships that come to light after a woman goes missing in a remote fishing village … beautifully atmospheric’ Gill Paul

It’s not just the sea that holds secrets…

When an abandoned lobster trawler is found adrift off the coast of Quebec’s Gaspé Peninsula, DS Joaquin Moralès begins a straightforward search for the boat’s missing captain, Angel Roberts – a rare female in a male-dominated world. But Moralès finds himself blocked at every turn – by his police colleagues, by fisheries bureaucrats, and by his grown-up son, who has turned up at his door with a host of his own personal problems.

When Angel’s body is finally discovered, it’s clear something very sinister is afoot, and Moralès and son are pulled into murky, dangerous waters, where old resentments run deep.

Exquisitely written, with Bouchard’s trademark lyrical prose, The Coral Bride evokes the power of the sea on the communities who depend on it, the never-ending struggle between the generations, and an extraordinary mystery at the heart of both.
_________________

‘An absolute joy to read, with as much tension as there is poetry’ Le Journal de Montréal

‘With a cast of characters you'll engage with and love and a mystery that will have you on edge, Bouchard pulls you into her world … wonderful’ Michael J. Malone

‘This is a crime novel but it is also a story about fathers and sons, of strangers in a new land and of women in a man’s world … a work of distinction’ Live & Deadly

‘The captivating investigation also conjures up the tides and their mysteries, following the rhythm of the region, the icy course of its autumn tide’ Le Devoir

‘Characters so vivid, you can hear their voices’ The Reading Closet

‘Fans of Annie Proulx and Louise Penny will love this’ Goodreads

‘Lyrical and elegiac, full of quirks and twists’ William Ryan

‘An isolated Canadian fishing community, a missing mother, and some lovely prose. Very impressed by this debut so far’ Eva Dolan

'A tour de force of both writing and translation’ Su Bristow

'The translation from French has retained a dreamily poetic cast to the language, but it's det-fic for all that…’ Sunday Times

'Characters are well-drawn, from Moralès, the cop, and his sturdy inspector, Marlène, to the husky fishermen who were Marie's devoted suitors three decades ago … An exotic curiosity, raw nugget’ Shots Mag

‘Refreshingly different, unpredictable, yet deeply rich and touching, it became a part of me’ LoveReading

Ten years or so ago, Roxanne Bouchard decided it was time she found her sea legs. So she learned to sail, first on the St Lawrence River, before taking to the open waters off the Gaspé Peninsula. The local fishermen soon invited her aboard to reel in their lobster nets, and Roxanne saw for herself that the sunrise over Bonaventure never lies. We Were the Salt of the Sea is her fifth novel, and her first to be translated into English. She lives in Quebec.
Follow Roxanne on Twitter @RBouchard72 and on her website: roxannebouchard.com