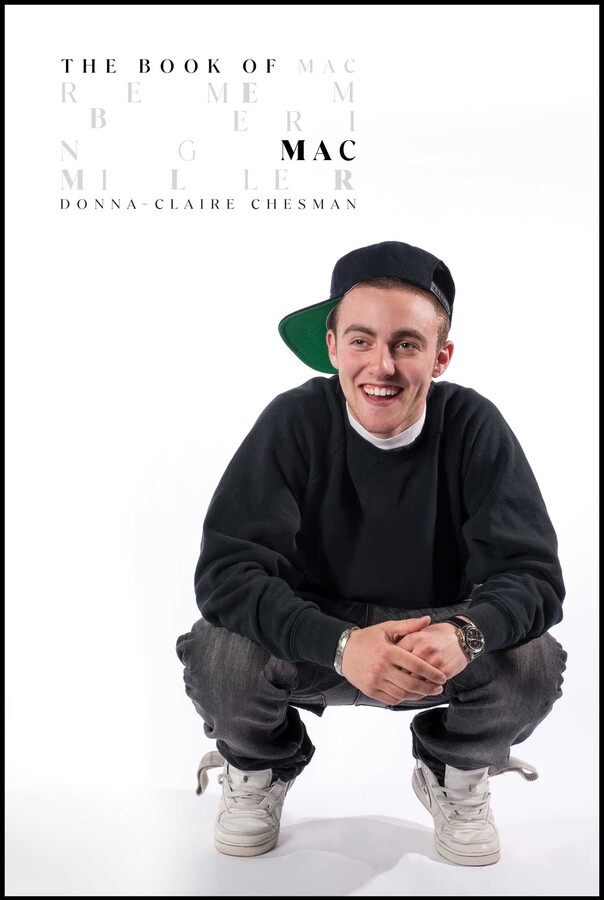 The Book of Mac

An album-by-album celebration of the life and music of Mac Miller through oral histories, intimate reflections, and critical examinations of his enduring work.

“One of my most vivid memories of him is the way he would look at you while he was playing you a song. He tried to look you right in the eyes to see how you were feeling about it.” —Will Kalson, friend and first manager

Following Mac Miller’s tragic passing in 2018, Donna-Claire Chesman dedicated a year to chronicling his work through the unique lens of her relationship to the music and Mac’s singular relationship to his fans. Like many who’d been following him since he’d started releasing mixtapes at eighteen years old, she felt as if she’d come of age alongside the rapidly evolving artist, with his music being crucial to her personal development.

“I want people to remember his humanity as they’re listening to the music, to realize how much bravery and courage it takes to be that honest, be that self-aware, and be that real about things going on internally. He let us witness that entire journey. He never hid that.” —Kehlani, friend and musician.

The project evolved to include intimate interviews with many of Mac’s closest friends and collaborators, from his Most Dope Family in Pittsburgh to the producers and musicians who assisted him in making his everlasting music, including Big Jerm, Rex Arrow, Wiz Khalifa, Benjy Grinberg, Just Blaze, Josh Berg, Syd, Thundercat, and more. These voices, along with the author’s commentary, provide a vivid and poignant portrait of this astonishing artist—one who had just released a series of increasingly complex albums, demonstrating what a musical force he was and how heartbreaking it was to lose him.

“As I’m reading the lyrics, it’s crazy. It’s him telling us that he hopes we can always respect him. I feel like this is a message from him, spiritually. A lot of the time, his music was like little letters and messages to his friends, family, and people he loved, to remind them of who he really was.” —Quentin Cuff, best friend and tour manager.

Donna-Claire Chesman is a music writer with a deep passion for hip-hop, her pet parrot, and Mac Miller. Currently residing in Philadelphia, Chesman is the Editorial Director of Audiomack by day, and spends her evenings reading with her pet cats.

The Book of Mac