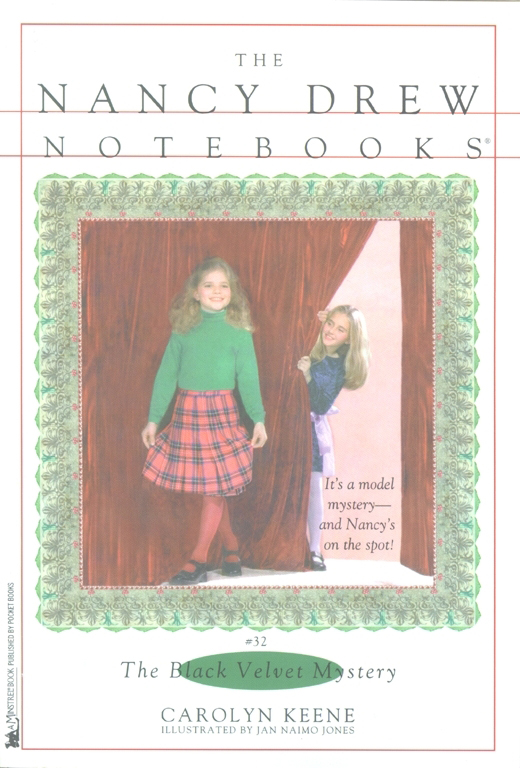 There's trouble backstage!
Peppermint Penny's clothing shop is having a back-to-school fashion show, and Nancy is one of the models. Everything is perfect -- until somebody cuts a hole in the show's star attraction, a black velvet coat from Paris.
Meanwhile, Brenda Carlton is passing out copies of the Carlton News. Her new gossip column says that Nancy did the damage. Now Nancy and her friends have to turn a fashion disaster inside out and catch the real cut-up at the show!