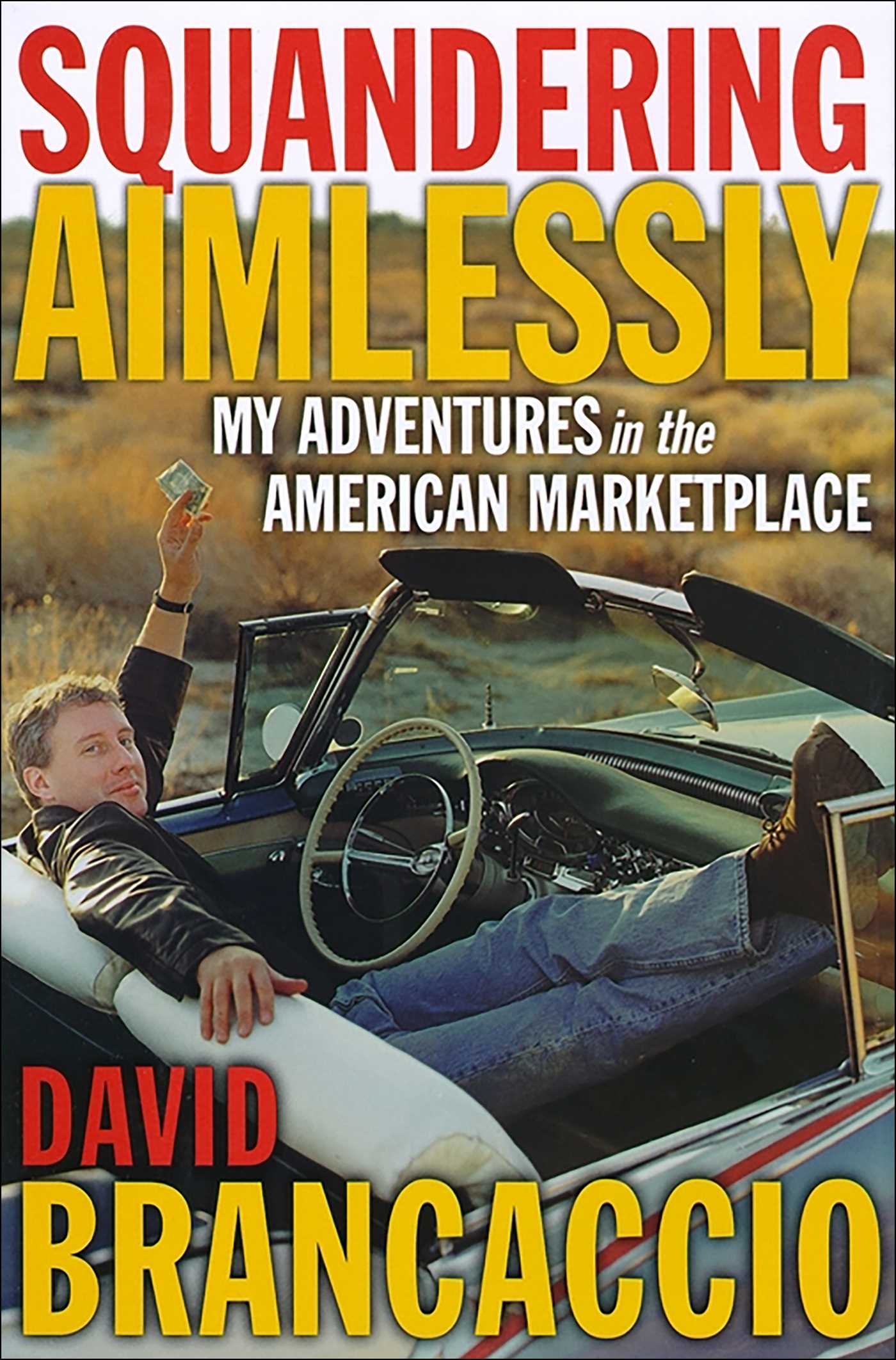 My Adventures in the American Marketplace

By David Brancaccio
LIST PRICE £1.99
PRICE MAY VARY BY RETAILER

Poor, misguided fellow. David Brancaccio, host of public radio's rambunctious and eclectic business program Marketplace, used to think the big problem with money was getting some. Didn't he understand that during a time of bounty the big problem is knowing what to do with money once you have it? It took a conversation with one of the richest guys in America to set him straight.
"I think Warren Buffett's got the problem and Gates has the problem and Bloomberg's got the problem," the billionaire said. "And the problem doesn't just have to be at our level. It can be with people who have just a couple of million bucks." It was the second "just" in that sentence that made tears well up in Brancaccio's eyes.
Most of us once thought the problem was getting some money. Now what?
Squander: to spend or use something precious in a wasteful way. Squandering ranks even below "leaving it in a passbook savings account" on the list of the greatest personal finance sins of our age, according to Brancaccio, who hit the road to determine the right answer to the question of what to do with money. Brancaccio gets this question from Marketplace listeners all the time: What does one do with a lump sum, perhaps the proceeds from some stock options, the profit on the sale of a house, an inheritance, a bonus, a settlement, or even a modest accumulation in a savings account?
A natural storyteller, Brancaccio has a clear, intelligent, and delightfully offbeat way of explaining to his listeners the complexities of business, investing, and the economy. He has access to rivers of market information that should help answer this question of what to do with money. But data do not necessarily equal wisdom, so Brancaccio hit upon the idea of venturing out on a random "walk" to acquire some street smarts.
Imagining a windfall of his own and haunted by his own checkered history with money, Brancaccio embarked on a funny and irreverent personal finance pilgrimage. His travels took him from Minnesota's Mall of America to New York City's Wall Street to one of the poorest towns in the West. He encountered entrepreneurs in California, homeowners in New York, retirees in Arizona, and some folks following their lifelong dreams in Texas. A drifter in a desert offered advice. So did a U.S. secretary of the treasury.
Along the way, Brancaccio was challenged by a cascade of practical and philosophical issues: If consumption drives the economy, is there something wrong with saving? Is there such a thing as a socially responsible investment? Is charity an investment? If you can't beat a Las Vegas casino, can you beat the stock market?
While Brancaccio's journey was a personal one, his eye-opening adventures reveal a great deal about attitudes toward money in America at the dawn of the new century -- and they provide entertaining lessons about how best to spend, invest, and save.

David Brancaccio is host and senior editor of Marketplace, the half-hour business and finance magazine program produced by the University of Southern California and distributed nationwide by PRI Public Radio International. Putting a human face on the global economy, the program illuminates the ways that international business and finance relates to listeners' daily lives. It is the fastest-growing public radio program in America, quadrupling its audience in the five years Brancaccio has been host. In 1998 it won broadcast journalism's top honor, the Dumont-Columbia Award for excellence. Brancaccio received his Bachelor's degree in history and African studies from Wesleyan University, in Connecticut. He received his Master's degree in journalism from Stanford University, where he also taught a graduate level course in broadcast news writing. The son of a Colby College English professor, Brancaccio also had the experience of attending schools in Italy, Madagascar and Ghana. He speaks French and some German and Italian.
Brancaccio began his broadcasting career in Maine, where he served as newscaster, reporter and announcer for Waterville's WTVL-AM/FM for six years. Since then, Brancaccio has gained experience in several major markets, including newscasting and reporting positions at KQED-FM, San Francisco, and WASH-FM, Washington, D.C. In addition to these staff positions he did freelance reporting assignments for Marketplace, National Public Radio, Monitor Radio, Calnet and Voice of America.
During his three years at KQED, Brancaccio caught the ear of Marketplace' international editor George Lewinski, who, with the support of Marketplace executive producer Jim Russell, ultimately offered him a freelance assignment: to set up and maintain an informal news bureau in London. The bureau soon became a full-fledged operation. Brancaccio served as London bureau chief for three years before being promoted to his current position in September 1993. During his three years of reporting for Marketplace and Monitor Radio programs, Brancaccio covered Europe's rocky path toward economic and political union. He rode the gauntlet with British truck drivers while under attack from French farmers protesting the low price of British meat, and he reported on British consumers' attempt to take advantage of the single European market by importing liquor and cigarettes cheaply from neighboring countries. He also covered historic losses at Lloyds of London insurance market, described the effect of BCCI's collapse on Asian businesses in Britain, and documented Eastern Europe's bid to become part of the European Community.
"Brancaccio's international reporting and considerable travel overseas give him the kind of global perspective on news that the Marketplace host must have," noted Marketplace Productions' general manager, Jim Russell.

Frank Betanyou The Plain Dealer (Cleveland) Brancaccio brings the financial erudition of a variety of sources together with his own wit, candor, and storytelling skill.

My Adventures in the American Marketplace

By David Brancaccio
LIST PRICE £1.99
PRICE MAY VARY BY RETAILER