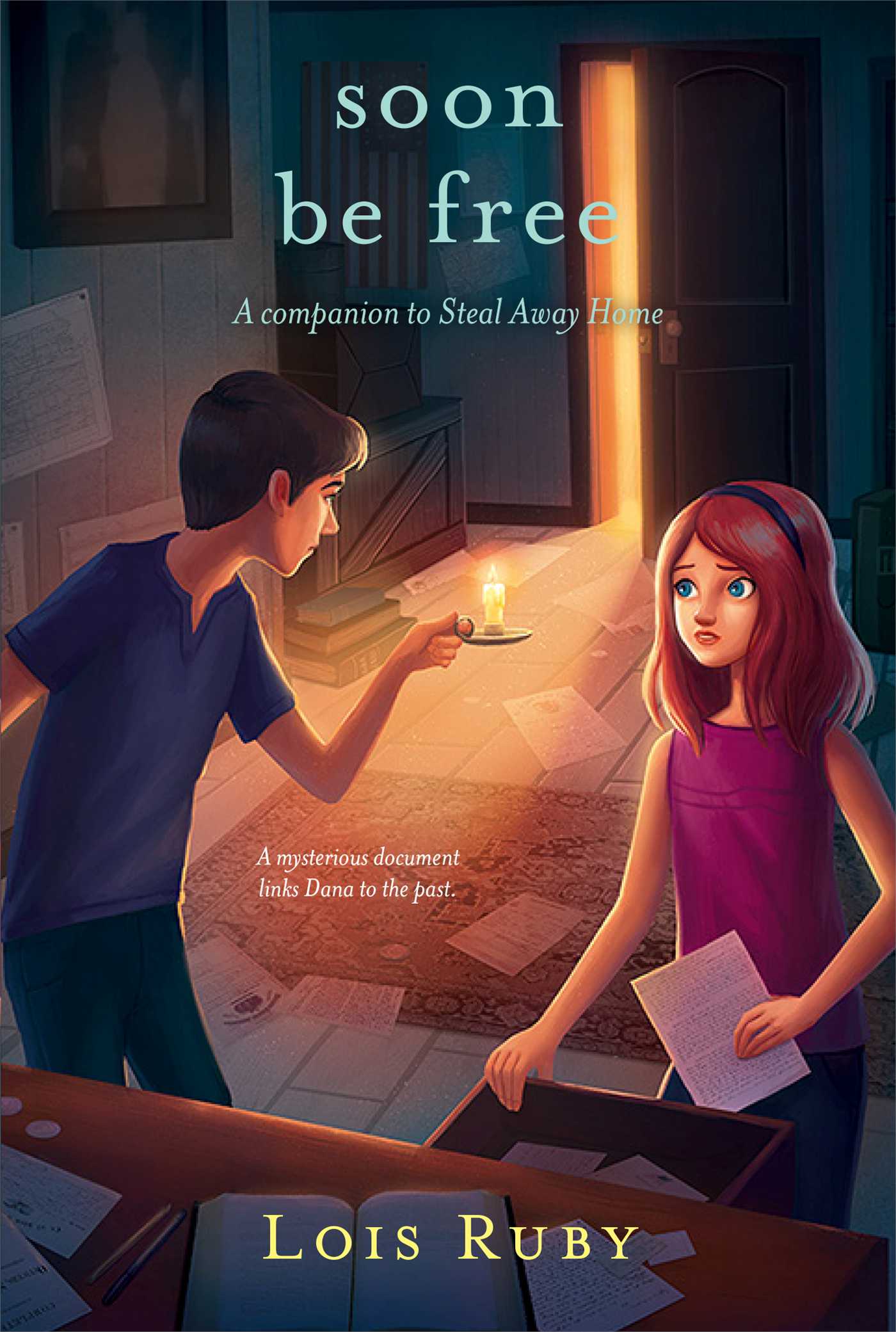 By Lois Ruby
LIST PRICE £4.99
PRICE MAY VARY BY RETAILER

I ask you, why do weird things always happen to me?
Thirteen-year-old Dana Shannon is no stranger to intrigue. Not long ago she discovered a skeleton behind a wall in her family's house -- a house in Lawrence, Kansas, that was once owned by a Quaker family, the Weavers. The diary Dana found in the sealed-off room revealed that the skeleton belonged to a runaway slave named Lizbeth Charles.
Now Dana's house is a newly refurbished bed-and-breakfast, and the first guests are two shady characters who believed the house is hiding another secret. When Dana gets in their way, she becomes embroiled in a second mystery, this one involving slaves and the Weavers again, and -- somehow - Delaware Indians.
As Dana tried to fit the puzzle pieces together, alternate chapters tell the story of James Baylor Weaver, a thirteen-year-old boy, in 1857. It is up to James to fulfill a promise Lizbeth made before her death. He must travel hundreds of miles to retrieve four slaves and bring them to freedom. The journey will test his strength, endurance, and courage; it will also test his character, when he has to make a terrible choice...
Readers of Soon Be Free will quickly be caught up in this fast-paced mystery-adventure that links teenagers from two different centuries.

I ask you, why do weird things always happen to me? Mike says it's because blazing redheads are an anomaly of nature, so we're natural magnets for weirdness. He's got a point. Like, not long ago, when we were renovating Firebird House into a bed-and-breakfast, I found a skeleton hidden in a little room upstairs. I followed those bones back into the past and found out that this drafty, creaky old house was once a stop on the Underground Railroad. Not only that, but a runaway slave, Miz Lizbet Charles, had died more than 140 years ago, right here, probably right where I'm sitting this minute.

Mystery solved, right? Hah! Next thing I knew, on a night when there was barely a laser beam of moonlight, a man was snooping around with a flashlight and a shovel in my backyard. It had rained a lot, the yard was a swamp, and the man's boots were ankle-deep in loamy mud.

Now, a normal person would have run for help, but not a blazing redhead. Besides, mud was squishing over my sneakers, so I couldn't have run very fast, anyway. I slogged up behind the man and yelled, "My father's a police captain, you know." Actually, he's a history professor, but this fact wouldn't impress a serious intruder with a shovel and knee-high mud boots.

The man tumbled forward at the sound of my bellow, and the flashlight flew out of his hand and sank into the bog.

He scrambled to regain his balance. His shoulders were no broader than my friend Jeep's, and he had a sort of caved-in look to him, as if he'd had some terrible disease as a child. "I lost my keys," he said, scraping mud off his shirt and pants. They were the high-waisted, plaid kind of pants my uncle Tom used to wear, according to the faded Vietnam-era photos from the seventies.

This man's clown pants were held up with suspenders as wide as chalkboard erasers. Tucked into them was a red flannel shirt buttoned to his chin. You'd think he was ambling in from hoeing the south forty.

"I'm supposed to believe you lost your keys in my yard?"

"Dog ran off with them in his mouth. It's not your business, girl."

"Oh, this is about Miz Lizbet, isn't it?" There'd been lots of publicity since I'd found that skeleton upstairs. All of Lawrence -- probably all of Kansas -- knew how the famous architect James Baylor Weaver had lived in this house when he was a boy, and how his family had harbored runaway slaves until Miz Lizbet died here. "You're looking for something that belonged to her, like you're from a museum or something?"

He took off his glasses and blew on them, polishing them on his shirt. "Now, why would I want some hairpin or button from an old slave, answer me that?"

"Lots of people do, people who are interested in the Underground Railroad."

"Well, then, it's got to be about James Baylor Weaver."

"Never heard of him."

Something in his tone made my blood pump faster, and without his granny glasses, his eyes were hard as bullets. "What are you looking for, mister?"

Instead of answering, he sloshed past me and started toward a black Ford parked in front of the house. At first he'd just seemed comical sinking in mud in that weird getup. But then he patted his pockets, and a chill rippled over me when I heard the jingle that told me he hadn't been looking for his keys after all. What did he want in my yard? And had he found what he was looking for?

The old Ford sputtered and cranked, giving me plenty of time to memorize the Kansas license plate before the man sped away.

Spring rains in Kansas can be fierce. They send earthworms leaping to their death over the side of a culvert. So when I say puddles and mud, you get the picture. Diamonds of light filtered through a lattice wall around the back porch, showing me the man's flashlight beached in the mud with its nose sticking out as if it were gasping for breath. I pulled at it against the resistance of the sludge and swiped the slimy flashlight down my flank. This tells you what an elegant wench I am. Wench. Mike's word.

Polished up, the flashlight revealed a plastic stick-on label hanging by a glob of glue:

Beneath it was an address in Kansas City, Kansas, about forty miles away. Looked like I'd have to figure out a way to drag Mike to Kansas City. Who's this Mike I'm always talking about? Well, he isn't exactly my boyfriend, since he's a full three months younger than I am, and besides, my parents would break out in festering, oozing hives if they thought I had a boyfriend at the tender age of thirteen. Mike's an experiment in progress, still rough like a lump of coal that might just polish up into the Hope Diamond. I'm checking him out carefully as a potential love object when I get to be a freshman, but at this point I can tell you he's no James Baylor Weaver. Sally and Ahn and I, we are all sort of in love with James-at-twelve, even though we know that he grew up and died eighty years before we were even born.

Come to think of it, Mike does have one distinct advantage over James: Mike's still breathing.

Lois Ruby is the author of several novels, including Steal Away Home, which was named an IRA Young Adults' Choice and a Notable Children's Trade Book in the Field of Social Studies (NCSS/CBC). Before she turned to writing, she was a young adult librarian for the Dallas Public Library. In her spare time she serves on the board of Inter-Faith Inn, a homeless shelter in Wichita, Kansas, and sometimes teaches minicourses to seventh and eighth graders. “The place I feel most comfortable,” she says, “is among teenagers, laughing.” The mother of three sons, she lives in Wichita with her husband, Thomas.

By Lois Ruby
LIST PRICE £4.99
PRICE MAY VARY BY RETAILER