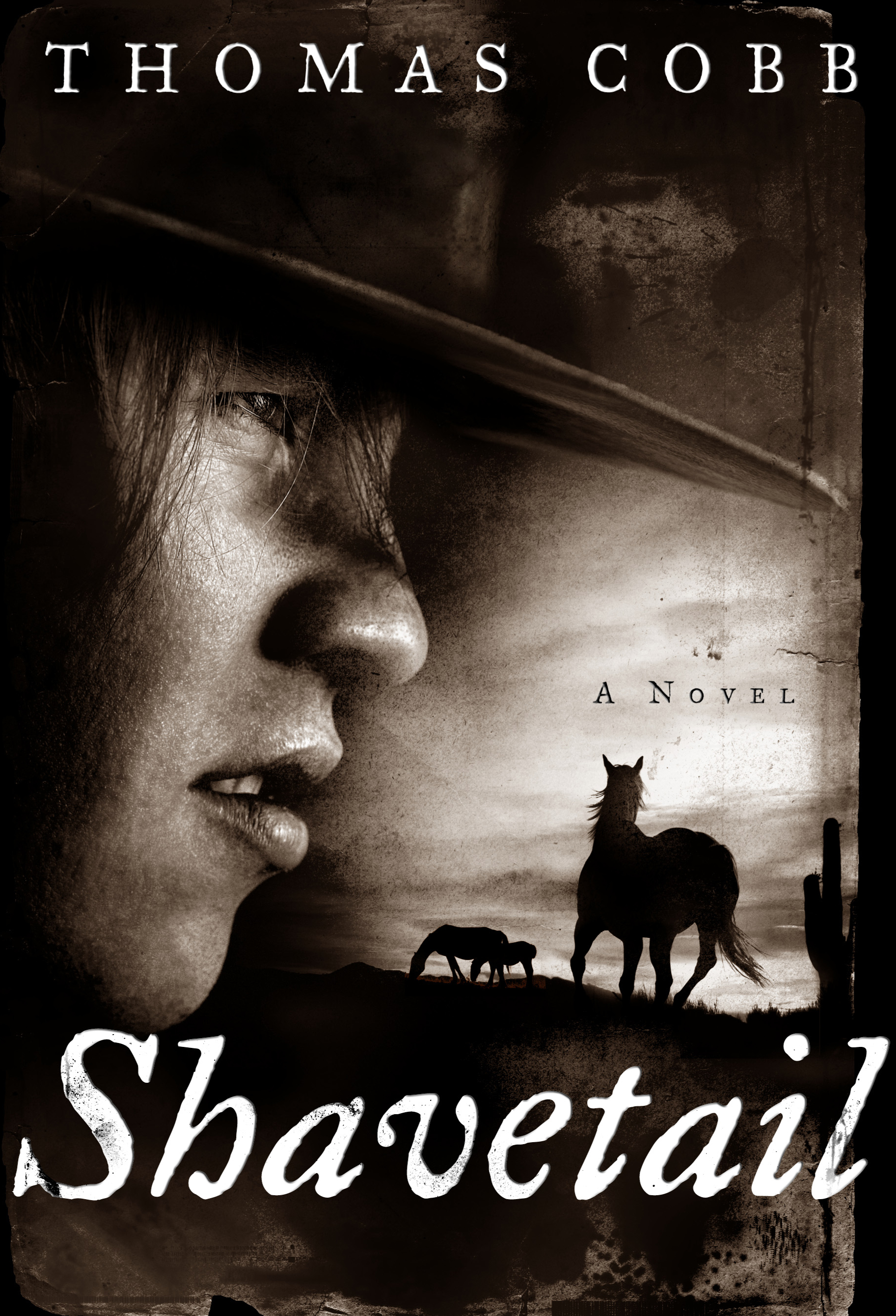 By Thomas Cobb
LIST PRICE £9.99
PRICE MAY VARY BY RETAILER

IN THE LITERARY TRADITION OF CORMAC MCCARTHY'S AND LARRY MCMURTRY'S HISTORICAL WESTERNS, SHAVETAIL TRACES THE BRUTAL COMING-OF-AGE OF A BOY SOLDIER STATIONED AT A REMOTE U.S. ARMY OUTPOST AND A YOUNG WOMAN'S TERRIFYING PASSAGE ACROSS THE AMERICAN FRONTIER.

Set in 1871 in the unforgiving wasteland of the Arizona Territory, Shavetail is the story of Private Ned Thorne, a seventeen-year-old boy from Connecticut who has lied about his age to join the Army. On the run from a shameful past, Ned is desperate to prove his worth -- to his superiors, to his family, and most of all, to himself. Young and troubled, Ned is as green and stubborn as a "shavetail," the soldiers' term for a dangerous, untrained mule.

To endure in this world, Ned must not only follow the orders of the camp's captain, Robert Franklin,but also submit to the cruel manipulations of Obediah Brickner, the camp's mule driver. Both Franklin and Brickner have been damaged by their long military service, both consider themselves able to survive the dangers of the desert -- floods, scorpions, snakes, and Indians -- and both imperil Ned.

Yet there are other characters, all richly drawn, who also confront Ned: half-wit soldiers, embattled Indians hidden in cliffs, a devious and philosophical peddler, and the fleshy whores who materialize in the desert as soon as the paymaster has left camp and dance with drunken soldiers around a fire late into the night.

After a band of Apaches attack a nearby ranch, killing two men and kidnapping a young woman, Ned's lieutenant -- a man seeking atonement for his own mistakes -- leads Ned and the rest of his patrol on a near-suicidal mission through rugged mountains and into Mexico in hopes of saving the woman's life. It is unlikely any can survive this folly, and those who do will be changed forever.

Meticulously researched and vividly told, Shavetail renders a time when the United States was still an expanding empire, its western edge bloody with the deaths of soldiers, settlers, and Indians. In language both spare and brilliant, Cobb brings readers this lost American landscape, untouched by highways or electricity and without the comforts of civilization.

Shavetail also marks the return of a great American literary voice. Cobb's first and only other novel, Crazy Heart, was published in 1987 to great acclaim and was edited by the legendary editor Ted Solotaroff. Cobb is also a former student of Donald Barthelme, who described Crazy Heart as "a bitter, witty psychological profile of genius."

Brutal and deft, laced with both violence and desire, Shavetail plunges into the deepest human urges even as it marks the ground where men either survive or perish.

By clicking 'Sign me up' I confirm that I'd like to receive updates, special offers, including partner offers, and other information from Simon & Schuster Inc. and the Simon & Schuster family of companies. I understand I can change my preference through my account settings or unsubscribe directly from any marketing communications at any time. We will send you an email with instructions on how to redeem your free ebook, and associated terms.
Set in 1871, Shavetail is the story of Private Ned Thorne, a seventeen year old boy from Connecticut who has lied about his age to join the U.S. Army. On the run from a shameful past, he enlists in the army with dreams of adventure and honor and heroism, but he soon finds himself stationed at the farthest edge of the country, the stark desert of the Arizona territories, home to a variety of unpleasant creatures: rattlesnakes and scorpions and a company of disgraced soldiers.
Before Ned arrives at the outpost, two men are found murdered by Apaches at a nearby ranch, and a woman is missing, her diary the only evidence she ever existed. The captain in command, a man deeply haunted by his own past mistakes, determines that the small and ragged troop must pursue the Indians and rescue the woman.
Captivated by the woman's meticulous diary entries, Ned soon finds he may have a chance at heroism after all.
Not only a riveting adventure tale, Shavetail is a story of regret and redemption, of desperation and hope and second chances.
Questions for Discussion:
1. In the beginning of the novel, Brickner explains to Ned, "That's a shavetail, a young, green mule that hasn't learned his tasks yet. He can't go by himself. He's always got to be paired with an older, smarter mule. He's you, and I'm the older, smarter one" (page 31). Do you think that this is an accurate portrayal of Ned? Is it an accurate portrayal of Brickner? In many ways, Shavetail is a coming of age story. What evidence speaks to Ned's maturation by the end of the book?
2. Many characters meet their death in Shavetail. Discuss how each of the following characters confronted the fatalities of their loved ones, companions, siblings and fellow soldiers: Mary, Lieutenant Austin, and Ned.
3. Why is the diary so compelling to Ned? For what reasons do you think he's drawn so strongly to Mary? In relation to the novel's themes of redemption and hope, what do both the diary and Mary symbolize?
4. Brickner's circuitous and deceiving behavior is evident upon his first appearance in Shavetail. How, if at all, did your opinion of him evolve throughout the course of the novel? Consider the circumstances and his actions in the end of the story. Is he truly evil?
5. Given the fact one chapter so closely follows the other, do you believe that there is any significance in the juxtaposition of the chapter that features the antelope herd slaughter (beginning on page 114) with the chapter that features the bakery scene (starting on page 121)? How does each scene illustrate the differences between Captain Franklin and Lieutenant Austin? What does each scene say about the condition of army life in the novel's setting?
6. Consider Lieutenant Austin and Captain Franklin's relationship. Their differences are immediately apparent, but in what ways are they similar? What about each of them makes their friendship so strong?
7. Discuss Lieutenant Austin's obsession with the discovery and identification of new species. Why is this significant? What does it imply about his character?
8. While reading, did you think that the circumstances of Captain Franklin's death mirrored Thad's death? If so, do you believe that the author was trying to make a connection between Lieutenant Austin and Ned?
9. The true identity of the woman discovered dead on the trail is ambiguous. Do you believe that she was Mary? Does Ned think that the woman was Mary?
10. Throughout Shavetail, the author works with the idea of redemption. Many characters are engaged in the search for it, most notably Ned and to a lesser extent, Franklin and Austin. Which of them is, in the end, successful, and why?
Enhancing Your Book Club:
The Apaches are featured in Shavetail. Conduct research online, including sites like this http://www.accessgenealogy.com/native/tribes/apache/apachehist.htm, or at your local library, and share you findings with the group.
Pick another novel that is set in America's old west and read it as a companion text. Good authors to choose from include Larry McMurtry and Cormac McCarthy.
Have a member bring in a journal and have a grab bag at the meeting or keep a journal of your bookclub meetings. 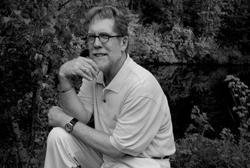 Thomas Cobb was born in Chicago, Illinois, and grew up in Tucson, Arizona. He is the author of Crazy Heart, a novel, and Acts of Contrition, a collection of short stories that won the 2002 George Garrett Fiction Prize. He lives in Rhode Island with his wife.

"The education to which Thomas Cobb's eager young soldier is forced to submit combines such wisdom, pain, suspense, and nasty good humor that I simply couldn't read this book fast enough. Of course I didn't know what a 'shavetail' was when I began, but learning that was only part of the education I was treated to. Guilt and innocence, blood and tenderness -- I can't imagine any reader who could resist."

"Shavetail is the story of the futility of war and is as immediate and brutal as daily news from Iraq or Afghanistan, although the year is 1871 and the place is southern Arizona and northern Mexico. Cobb presents the landscape, the characters, and the conflict with absolute authority, producing a magnificent story in the tradition of Stephen Crane's The Red Badge of Courage and Cormac McCarthy's Blood Meridian."

-- Richard Shelton, author of Going Back to Bisbee

By Thomas Cobb
LIST PRICE £9.99
PRICE MAY VARY BY RETAILER