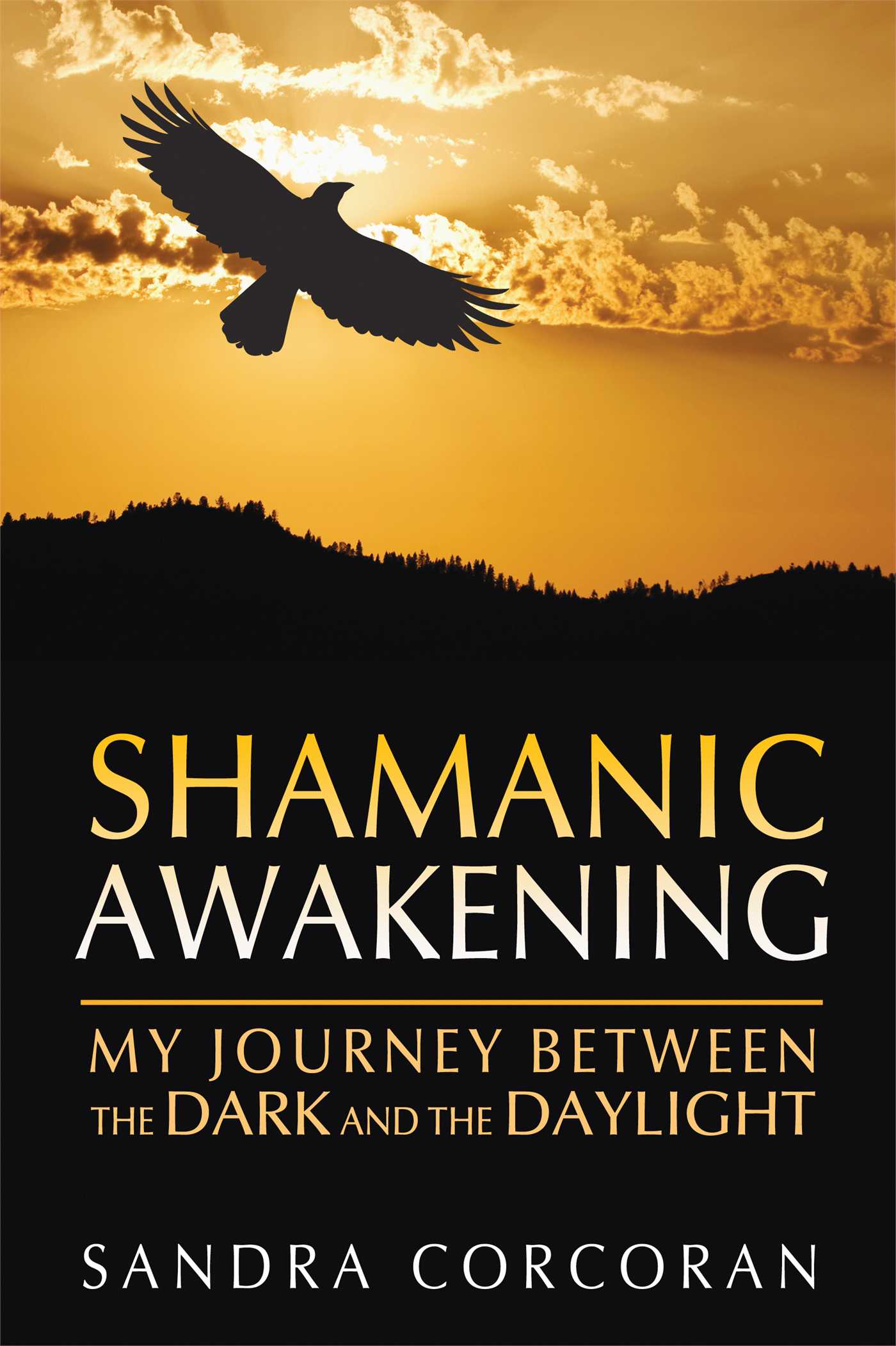 My Journey between the Dark and the Daylight

By Sandra Corcoran
LIST PRICE £12.99
PRICE MAY VARY BY RETAILER

After weeks of profound grief following the loss of her young daughter, Sandra Corcoran found herself inexplicably at a life-changing workshop on indigenous teachings and energy healing. With the first glimpse of the light that called her to the workshop, Corcoran found herself beginning a 30-year metaphysical journey within, initially to heal her grief but eventually leading her from the darkness into the light of her own soul's evolution.

Working with Native elders and indigenous wisdomkeepers throughout North, Central, and South America, Corcoran opened her heart to the immensity of the living energies of the cosmos and discovered her shamanistic gifts as an intuitive counselor, dreamtime decoder, and facilitator for others' self-healing. As she learned to discern these living energies and work with them, she also discovered the middle path between the soul's dark and luminous energies, striking the balance that allows us to fulfill our destiny.

Sharing the core teachings of her many indigenous and esoteric mentors, including lessons in synchronicity, metaphysics, the extraordinary power of the heart, multi-dimensional realms, and energy healing, Corcoran leads readers on an adventure across continents through birth, death, ceremony, and ritual to renewal and the frontiers of expanded consciousness. She shows that no matter how far outside of the familiar we are led, we are guided back to ourselves and offered another opportunity to embrace our world and, ultimately, find our place in it.

Chapter 4
Reflections in the Mirror

I joined Tlakaelel in the hall where he was sitting with a meditative calm. He appeared to be in a state I can only describe as “the self-awareness of totally knowing himself ”--perfectly engaged with both himself and everything around him in equal degrees. I wondered if I would ever be able to achieve that level of personal alignment.

He extended his hand, motioning for me to sit in the chair opposite him. Cradled in his lap was an obsidian bowl, as large as a dinner plate and gracefully concave. It was highly polished, black with flecks of green and gold. It was as smooth and reflective as the glassy surface of a calm pond. I knew it was a scrying mirror, as obsidian is used for that in his, the Toltec, tradition. Scrying uses an object to induce a trance, from which you can then access information from the past, present, and future.

With few words, in a hushed tone, he told me to gaze into the bowl and let the outer world go, to soften my gaze and allow images to arise. I knew exactly what he was asking of me, because I had performed similar scrying techniques with Oh Shinnah, the first of my teachers of traditional practices, using spheres. I took a few deep, centering breaths then leaned over the mirror. I looked beyond the reflection of my face, deep into the blackness of the obsidian. Within moments I heard a buzzing sound, like a swarm of bees, inside my head. I felt dizzy.

I am running, running for my life. The thick jungle vines ensnare me, scratching my legs and tearing at my hair. My chest muscles strain from running so desperately. I have to get to the well. It is my only hope of survival. I can feel hot breath behind me as the distance shortens between me and the dark black fur that can claim me at any second.

As fast as I had fallen into the vision, I was pulled out of it. I returned to this reality, disoriented, breathing heavily, my heart still pounding. Tlakaelel was holding me by the scruff of my neck. He started rubbing my sternum, and soon I began to breathe easier. “What was that?” I stammered. He only smiled. It was the first time I had seen him smile, and it was a solemn one. He finally spoke, and his words revealed he knew what I had experienced although I had not told him. “You have been claimed. I hadn’t anticipated this.”

“What does that mean?” I asked, still shaken.

He said simply, “You will be working with the indigenous people of the South, at some point, when the time is right.” He offered the opinion that I had had a few past lives in Central and South America, and those parts of my being that remembered would begin to inform me as they awakened. He told me he could see the jaguar was my tonal, a spiritual link between a person and, in this case, an animal. The tonal is the structured energy of the waking state that takes on form and can be perceived when you learn to negotiate the nagual, or sleeping state. The nagual is the world of unstructured energy, not bound by time and space, from which the tonal arises. The nagual helps us develop the energies of both the physical and subtle realms. When you cleanse and strengthen your energy body and raise your frequencies, you can use the tonal as a bridge to the nagual for clear perception in this and other dimensions.

Tlakaelel’s tonal, he confided, was the tiger. He told me to embody the jaguar, act out its movements, and see through its eyes. He said he saw I was born with a warrior’s heart, and the warrior’s path could be hard and lonely sometimes, especially for a woman. He counseled that I might find myself in struggles with men, especially life partners. They might misinterpret my strengths as challenges to their manhood. He said, “Your path will bring you to a threshold that, once crossed, will lead you to a place of balance and strength, where you can allow others to feel strong without the need to diminish or deny your own gifts. Others will not see you as you would like until you accept the strength of all you are.”

He went on to say I had a propensity for making myself small so others wouldn’t feel threatened. Once I saw that making myself small was in fact my own self-judgment and something I did to the detriment of living my personal power, then I could accept without discomfort that I had all of the tools needed to be a balanced warrioress. The battle, he counseled, was not with others, but solely within me. He explained he did not wish to say more, as he would not be the teacher who would help me awaken to this knowing. However, if I had specific questions about my tonal, he would come through the dreamtime to answer them. He instructed me to leave a glass of water next to my bed at night, for in his tradition the glass of water would serve as a channel through the ethers by which he could access my dreambody and impart information. In the morning, if I tapped the glass, I would be able to recall the information of the dream. With that guidance the session was over. As I got up to leave, I looked back to thank him. This Toltec elder, whose name is actually a title that means Counselor to the Council, had given me much to think about. He smiled in a way that made me think he might be about to reveal a secret, but all he did was to turn over the obsidian mirror. There, on its underside, was carved the face of a jaguar.
Sandra Corcoran

Sandra Corcoran, M.Ed., is a shamanistic counselor trained for thirty years in traditional and esoteric healing techniques throughout the Americas and Europe. She is cofounder of the STAR Process soul retrieval method and offers workshops and sacred journeys nationally and internationally. She has a private practice in Natick, Massachusetts.

“Sandra Corcoran has written a remarkable account of her studies and practice of shamanic counseling. I have had personal contact with two of her teachers, Twylah Nitsch and Oh Shinnah, and she couldn’t have found better guides. Shamanic Awakening: My Journey between the Dark and the Daylight is filled with fantastic stories into the nonordinary realms, but recent investigation of dreams and other altered states of consciousness lend credibility to her accounts. The author’s work is rooted in indigenous traditions and rituals that contain the wisdom and insight so badly needed to help the torn culture of our time.”

– Stanley Krippner, Ph.D., professor of psychology at Saybrook University and coauthor of Demystifying

“We live in a time in which increasing numbers of Western spiritual seekers are turning toward non-Western spiritual traditions in search of meaning and transcendence. Sandra Corcoran’s book Shamanic Awakening is an eloquently written and engaging personal narrative that unfolds in a way to inspire us all.”

– Hank Wesselman, Ph.D., anthropologist and coauthor of Awakening to the Spirit World

“Shamanic Awakening draws you in--a magnet force of symbols, story, and signs. Sandra Corcoran’s elegant narrative coils around your heart and awakens you to your energy source--love. Her wisdom births an alternative knowing, alternative dimensions, and multi-universes to explore. The reader develops new eyes, a new heart, and a knowing mind. Experiencing Sandra’s book, the reader is left with confirmation that the human mind is sourced far beyond the brain. And not in a place, but in many dimensions. Read Sandra’s book and you will comprehend the workings of the quantum mind. And there’s more. If you follow her winding path, you may be led home.”

“Sandy Corcoran’s book represents a very rich and honest account of her experiences with North American shamans, spiritual teachers from Central America, and Andean spiritual masters. . . . In my opinion, Sandy’s book is written in a ‘panamerican’ context, such that her story can be of great help to many spiritual seekers of this continent who are working with the elements that she describes in her book, from her personal experiences.”

“In this remarkable book, Sandra Corcoran gifts us with her personal, magical journey of awakening to shamanism with exceptional skill and candor. Ever cognizant and respectful of the Mystery, she generously includes details of ceremonies and teachings from the many extraordinary teachers that influenced and catalyzed her most profound and formative experiences. A great storyteller, she offers thoroughness and detail in relating her experience.”

“Impeccably honest, deeply personal, and sparkling with jewels of wisdom, Shamanic Awakening is not only the story of one woman’s remarkable spiritual journey but also an astute introduction into the various practices of shamanism. . . . From the moment I began reading, until I finished the last sentence several hours later, I was unable to put this book down.”

My Journey between the Dark and the Daylight

By Sandra Corcoran
LIST PRICE £12.99
PRICE MAY VARY BY RETAILER