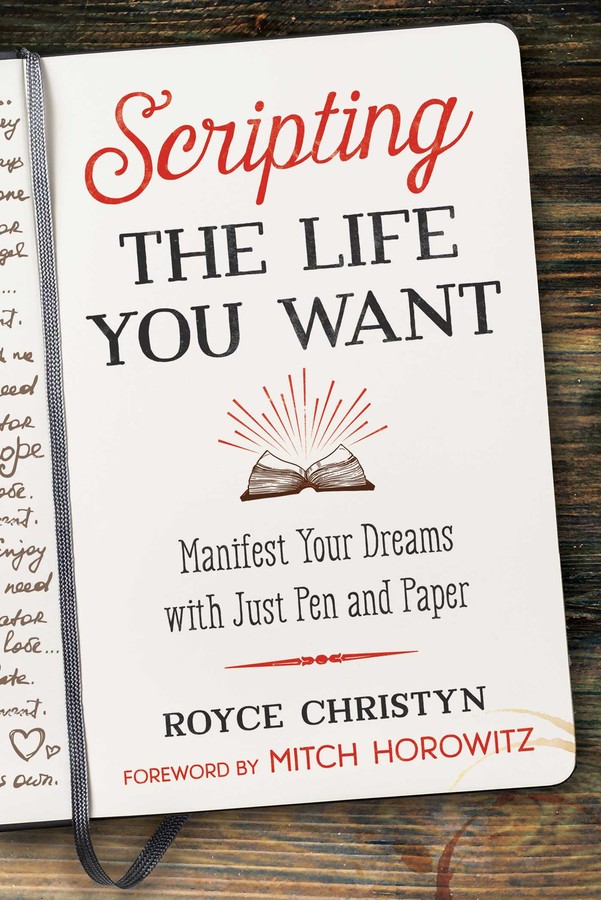 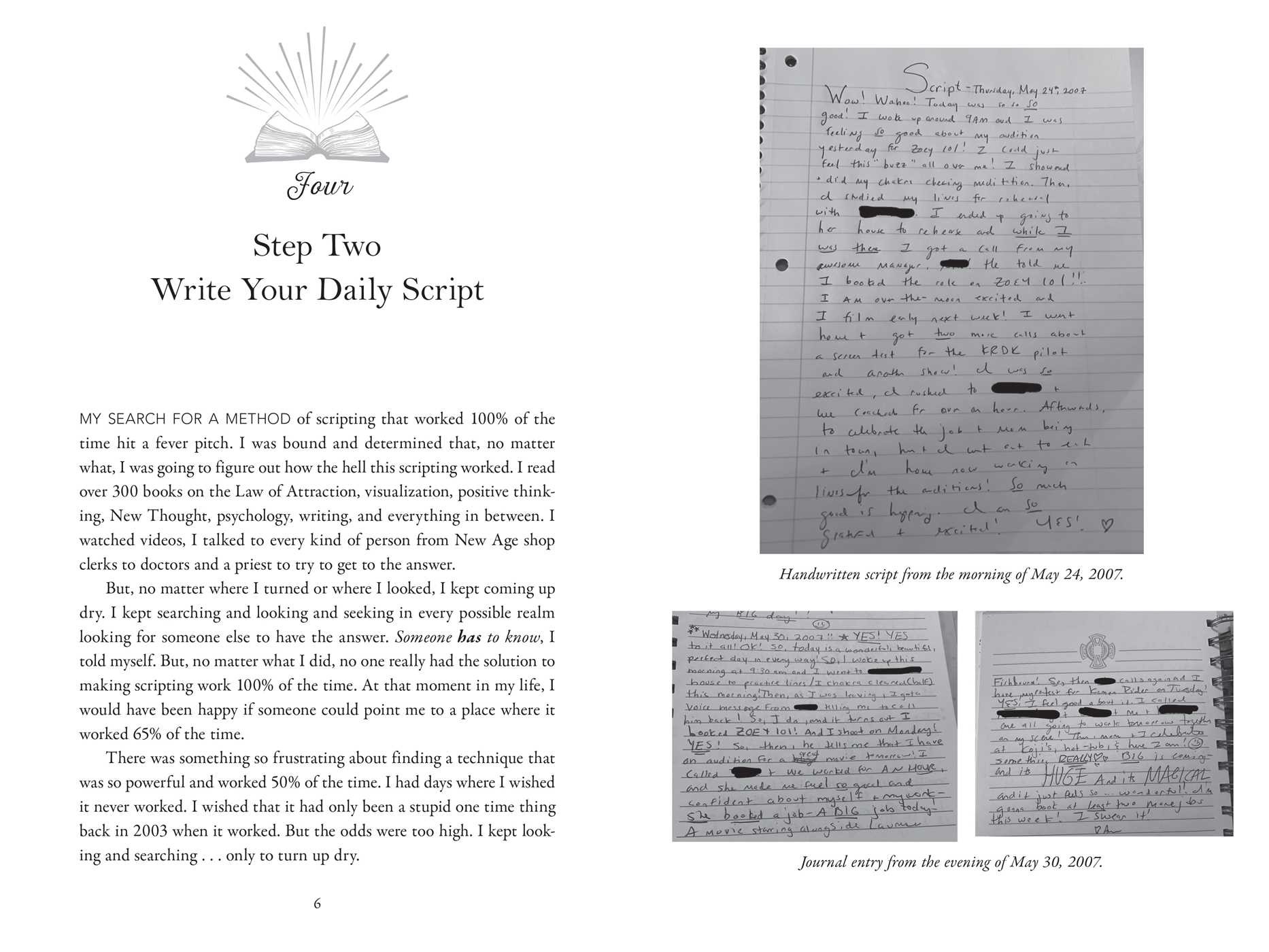 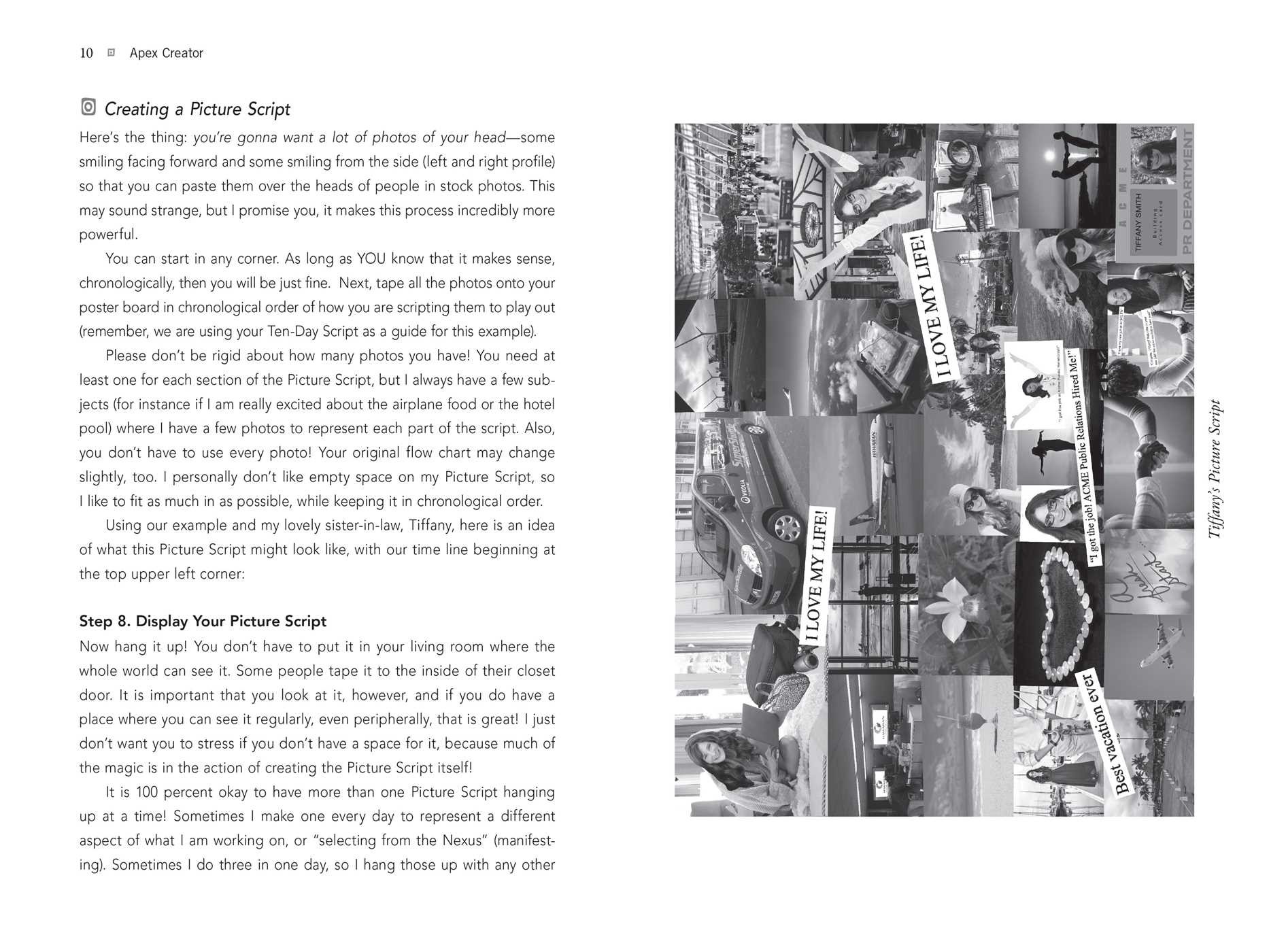 Scripting the Life You Want

Manifest Your Dreams with Just Pen and Paper

• Details how the understanding of incredible new (and, until now, mostly unheard of) scientific discoveries and emerging technologies is the most important key to creating and manifesting in your life

• Reveals fun, easy tools for manifesting and self-help, updated for a new generation

In this step-by-step guide, filled with success stories and practical exercises, Royce Christyn details a simple “scripting” process for harnessing the Law of Attraction and manifesting what you want in your life--happiness, wealth, travel, love, health, the perfect career, or simply a productive day. The process is backed by science and experience, yet it feels like magic. And all you need is a pen and paper.

Inspired by New Thought and Positive Thinking classics, Christyn explains how he developed his scripting method through 4 years of trial and error, keeping what worked and dropping what didn’t until he brought his success rate from 5% to nearly 100%. Sharing pages from his own journals, he outlines how to create the life you want with daily journaling exercises, beginning with a simple list-making practice to figure out your wants and intentions and then progressing to actual scripting of your future, whether the next 12 hours or the next 10 days. He shows how, over time, your scripts will increase in accuracy until they converge with reality. He shares the vivid entries from his big breakthrough--when he successfully used his method to land a lead guest-starring role on Disney Channel’s Wizards of Waverly Place with Selena Gomez. He explores how “feeling” your future success as you write your daily scripts helps attract your desired outcomes, and he shares the key phrases to include to make your script come true. The author also explores the science behind how the scripting method works, including a down-to-earth examination of quantum mechanics.

From small dreams to lifelong goals, this book gives you the tools to put your thoughts into action and finally close the gap between where you are and where you want to be in your life.

My search for a method of scripting that worked 100% of the time hit a fever pitch. I was bound and determined that, no matter what, I was going to figure out how the hell this scripting worked. I read over 300 books on the Law of Attraction, visualization, positive thinking, New Thought, psychology, writing, and everything in between. I watched videos, I talked to every kind of person from New Age shop clerks to doctors and a priest to try to get to the answer. But, no matter where I turned or where I looked, I kept coming up dry. I kept searching in every possible realm looking for someone else to have the answer.

Someone has to know, I told myself. But, no matter what I did, no one really had the solution to making scripting work 100% of the time. At that moment in my life, I would have been happy if someone could point me to a place where it worked 65% of the time.

Then, I was with some like-minded friends one night who were also studying New Thought. As I was lamenting to them about my quest for the right person, book, or whatever to give me the answer, my friend looked at me with a stare I will never forget and said, “It’s you, Royce.”

“Excuse me?” I asked, not quite understanding what she meant.

“It has to be you. You keep searching and looking for someone else to have the answer to making scripting work, yet you always turn up dry. It’s you. You’re the one who has to find the answer. No one else is going to find it. You’ve been studying manifesting since you were a kid. You probably already know the answer. Why don’t you go back and look at your notebooks or something?”

A light bulb went off in my head. She was right, I had years of notebooks I had used for my manifesting work, but I knew that wasn’t where the answer was. Not in those notebooks full of lists and long-form scripts. Instead, I got up and ran to my room. I looked at my bedside dresser, and there it was: my journal.

I had only been seriously keeping a journal for a little over a year, and I was sure that maybe if I read through some entries from when scripting worked, I would find the key. I thought that maybe if I could look at what else I did besides scripting on the days where the scripting worked, I would find something. I started reading. And then it hit me: I was holding the answer in my hand. I flipped through my journal entries. The reason I had even decided to keep the journals was because I wanted a record of everything I did each day. I also kept them to have a record of what manifesting work I had done. But the answer wasn’t in the journal entries.

The answer was the journal itself.

“Holy shit.” I stared at my journal in disbelief. I realized something so powerful, so life-changing, and so simple, it almost made me fall on the floor.

Suddenly, it was like I downloaded the answer. I just knew the scripting key. I told my friends that scripting would never work 100% of the time if we were always “scripting” weeks, months, or years in the future--or not even in a set time period at all! That is the literal opposite of scripting’s power. It could be a tool that works daily--with a huge margin of success. But the whole concept needed to be turned upside down, shaken out, and put back together. I knew I finally had the formula to making scripting work every day, every time.

The next morning, I woke up early and decided to try an experiment. The day before, a few hours before I had my “ah ha!” moment with scripting, I had an audition for a small role on the Nickelodeon sitcom Zoey 101. I woke up first thing in the morning around 9AM and did my Daily Want List and Daily Belief List. Then, I did something I had never done before in my manifesting notebook. I flipped the page and wrote “script” at the top with the day’s date to the left. It was May 24th, 2007. I then proceeded to write a one page script as if I was writing in my journal at the end of the night before bed.

I wrote in all of the little details I already knew were happening that day, like scene-study practice with my acting class partner. BUT, I also added in what I wanted to happen. I scripted in my manager calling me to tell me I booked the role on Zoey 101. I also added in that I got a screen test for a pilot I had worked on that had been picked up and they were doing some late re-casting on, as well as some other details.

. . . The day went on pretty much as normal, except I didn’t get a call from my manager or agent about booking the job or getting a screen test. I didn’t let it phase me.

A few days went by, and then something magical happened. I didn’t even realize it until I was writing in my real journal the night of May 30th, 2007, just six days after my little scripting experiment started. I stared at my real journal in disbelief for a moment, then ran to get my morning manifesting notebook and flipped back a few pages to my entry from the first day of the experiment. I was blown away. The morning scripted entry from May 24th matched my real journal entry from May 30th almost to the letter! I was so excited I could barely contain myself. 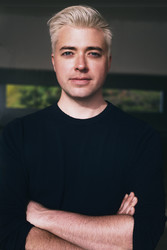 Royce Christyn is an actor, speaker, writer, and documentary film director. He has appeared in film and television shows, including Drake and Josh, Zoey 101, and Disney Channel’s Wizards of Waverly Place with Selena Gomez. His bylines have appeared in national and international publications including Paste Magazine, In Touch, Life & Style, Closer, and others. He has appeared on BBC World News, NBC News, CBS’s The Couch, Fox’s MORE Entertainment, TMZ Live, and hundreds of radio and news shows across the globe. He lives in Los Angeles.

Scripting the Life You Want

Manifest Your Dreams with Just Pen and Paper