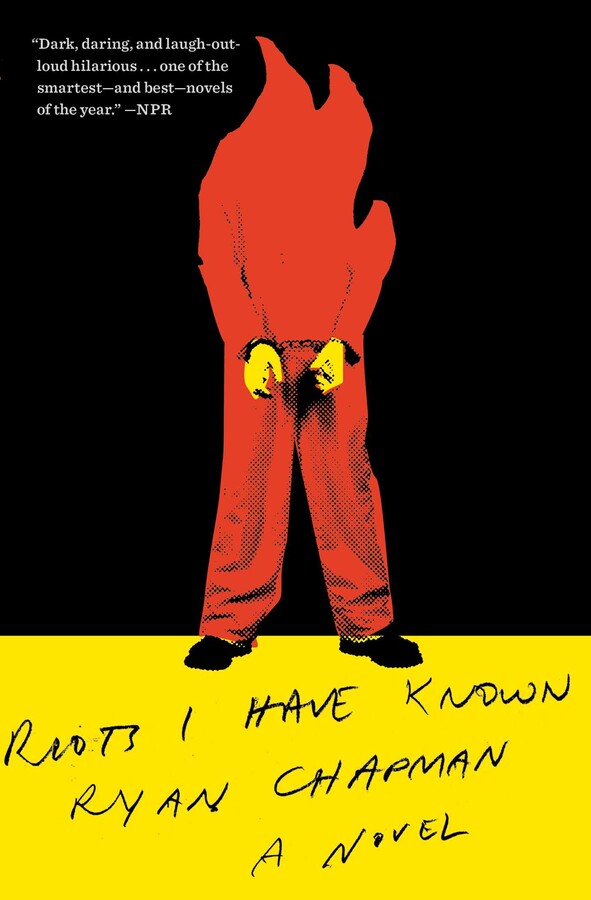 Riots I Have Known

“Dark, daring, and laugh-out-loud hilarious, Riots I Have Known is one of the smartest—and best—novels of the year.”—NPR

“Chapman establishes himself as a master of wit, satire, and heart.”—Apple Books

An unnamed Sri Lankan inmate has barricaded himself inside a prison computer lab in Dutchess County, New York. A riot rages outside, incited by a poem published in The Holding Pen, the house literary journal. This, our narrator’s final Editor’s Letter, is his confession. An official accounting of events, as they happened.

As he awaits imminent and violent interruption, he takes us on a roller coaster ride of plot and language, determined to share his life story, and maybe answer a few questions. How did he end up here? Should he have remained a quiet Park Avenue doorman? Or continued his rise in the black markets of postwar Sri Lanka? What will become of The Holding Pen, a “masterpiece of post-penal literature” favored by Brooklynites everywhere? And why does everyone think the riots are his fault? Can’t they see he’s really a good guy, doing it for the right reasons?

Smart, wry, and laugh-out-loud funny, Ryan Chapman’s Riots I Have Known is an utter gem—an approachable send-up that packs a punch. Alexandra Kleeman, author of You Too Can Have a Body Like Mine, says, “Ryan Chapman has written a rocket-powered ode to literary creation and mass incarceration. Weaving satire and seriousness into a singularly rambunctious monologue, Riots I Have Known is a breath of fresh air.” 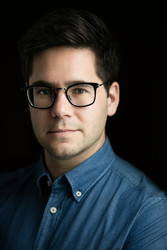 Ryan Chapman is a Sri Lankan-American writer originally from Minneapolis, Minnesota. His work has appeared online at The New Yorker, GQ, McSweeney’s, BookForum, BOMB, Guernica, and The Believer. A recipient of fellowships from Vermont Studio Center and the Millay Colony for the Arts, he lives in Kingston, New York.

“A compact cluster bomb of satire. . . . if you’re part of the Venn diagram that subscribes to n+1 and McSweeney’s, this is the funnest book you’ll read all year.”—The Washington Post

“Dark, daring, and laugh-out-loud hilarious, Riots I Have Known is one of the smartest — and best — novels of the year.”—NPR

“[A] gritty, bracing debut novel . . .  a satirical look at mass incarceration and the liberating power of the written word.”—Esquire

“Ryan Chapman establishes himself as a master of wit, satire, and heart.”—Apple Books

“Fitfully funny and murderously wry . . . a frenzied yet wistful monologue from a lover of literature under siege.”—Kirkus Reviews

“Dazzling...Supremely mischievous and sublimely written, this is a stellar work.”—Publishers Weekly (starred review)

“Savage, fearless, and funny as hell, Riots I Have Known also possesses, not so strangely, a poignant core. In this mother of all editor’s notes, Ryan Chapman creates a narrative voice that is by turns tender, cruel, profane, wildly inventive and, finally, unforgettable.”—Sam Lipsyte, New York Times Bestseller author of The Ask and Home Land

“With Riots I Have Known, Ryan Chapman has delivered a keen satire of America’s criminal justice crisis. The novel is remarKable for many things not the least of which are its wit, humor, and masterful language. I was impressed again and again, and I wager so to will readers with working hearts and brains.”—Mitchell S. Jackson, award-winning author of Survival Math

“Hilarious, original, and cunningly wrought, Ryan Chapman has written a rocket-powered ode to literary creation and mass incarceration. Weaving satire and seriousness into a singularly rambunctious monologue, rollicking and oddly recognizable at once, Riots I Have Known is a breath of fresh air.”—Alexandra Kleeman, author of You Too Can Have a Body Like Mine and Intimations

“Riots I Have Known is a multivalent title: Ryan Chapman’s debut is about a prison riot, unfurls a riot of word-drunk prose, and, most of all, is itself a riot, a virtuoso vocal performance of acidic seriocomedy whose forbears are Thomas Bernhard’s discursive monologues, Frederick Exley’s deadpan wit, and Kafka’s Kafkaesqueness, but which is ultimately, as they say, all Chapman’s own. It’s hard to find a single sentence that isn’t polished to a brilliant luster in this lacerating shiv of a novel.”—Teddy Wayne, author of Loner and The Love Song of Jonny Valentine

“Riots moves at breakneck pace as a pent-up con runs free across every page. Chapman is his very own, and this is a book readers will devour.”—Amelia Gray, author of Gutshot and Isadora

“Riots I Have Known is a wild yawp from the literary frontier that brings to mind both Roberto Bolaño and Thomas Bernhard. It is relentless, hilarious, and unabashedly smart. It's my new favorite manifesto and I loved every last page.”—Scott Cheshire, author of High as the Horses’ Bridles

“Ryan Chapman is an exceptional stylist, and his range of reference runs from Fredric Jameson and Kafka to Carly Rae Jepsen and Kinfolk. Riots I Have Known is a smart, rambunctious, and (it just so happens) riotously funny debut novel. It's a book you don't so much read as ride like a roller coaster—i.e. very quickly, while hanging on for dear life and maybe screaming—and as soon as it's over you'll want to ride again.”—Justin Taylor, author of Flings

“Had Humbert Humbert started a literary journal from prison and penned a jailbreak scene with the spectacular absurdity of the one in Natural Born Killers, there would be a clear antecedent for Riots I Have Known. As it is, Ryan Chapman's book is fiercely original, darkly hilarious, and morally complex. Strong voice, both sympathetic and sharp as a shiv, calls the reader farther and farther into a prison on fire. Chapman's ability to play simultaneously in the two keys of gleeful wit and menace reminded me of Aravind Adiga's polytonality in White Tiger.”—Will Chancellor, author of A Brave Man Seven Storeys Tall

Riots I Have Known