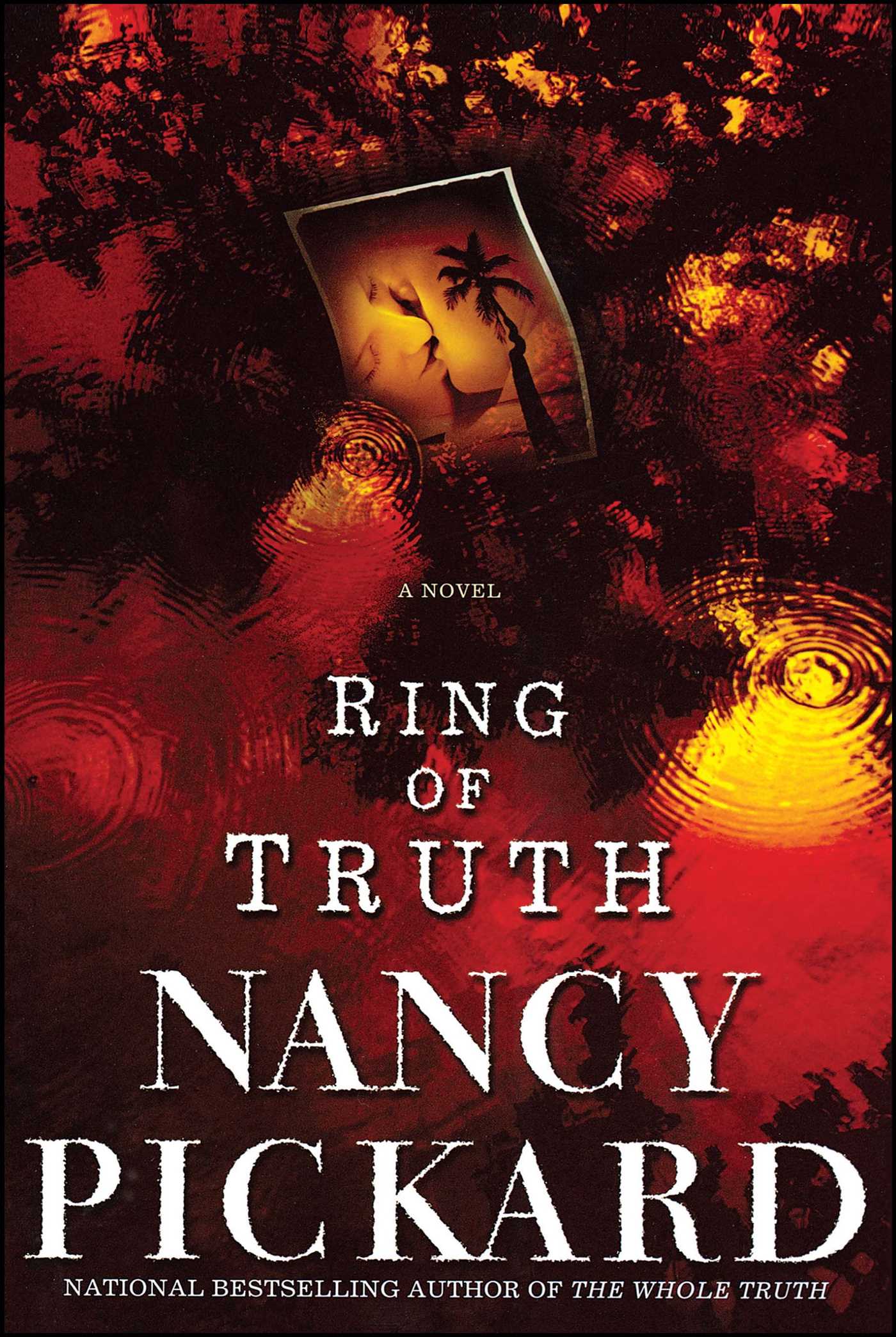 By Nancy Pickard
LIST PRICE £12.99
PRICE MAY VARY BY RETAILER

Sex, violence, evil, and betrayal -- the shocking murder case splashed across the Florida headlines has all the right elements for true-crime writer Marie Lightfoot's next bestseller. And tell the tale she does, in a book that reveals the secrets of a love affair gone fatally wrong. But there are disturbing twists, which leave Marie sensing in her gut that something does not jibe.
Twist number one: the accused is a man of the cloth, who has allegedly killed his wife in collusion with his lover. Twist number two: a pair of young girls find the body in an abandoned mansion, adding the death of innocence to the magnitude of the crime. Twist number three: a shattering conviction turns the case on its ear. And the ultimate blow: for the first time in her career, Marie fails to win the the killer's confidence during a jailhouse interview. Suddenly, she knows with certainty there ia more to the story than even she realized -- and her conscience won't let her rest.
Then an unexpected visitor -- a shock in itself for the reclusive writer -- confesses something that not even the police know. The revelation may he the missing piece in a terrifying puzzle -- evidence that teaches Marie a bone-chilling lesson as threatening danger slowly encircles her: to err is human, but underestimating the criminal mind can be deadly.
Nancy Pickard premiered gutsy Marie Lightfoot in the national bestseller The Whole Truth, and kicked off a thrilling new series with "an intriguing story, fascinatingly told" (The Philadelphia Inquirer). Now, Pickard once again "pushes the presumed limits of [crime fiction]" (Los Angeles Times) as she sends this complex heroine into a jagged maze with one destination: the darkest realm of human nature.

CHAPTER ONE
Susanna
I'm Marie Lightfoot, or at least that's the name my publisher puts on the covers of the books I write about true crime. In classic "true crime" fashion, my latest one is titled Anything to Be Together. It's the tale of a murderous minister, the Reverend Robert F. Wing, who with his lover, Artemis McGregor, killed his wife, Susanna. Here's how it begins. This is the raw story that I am supposed to make you believe:
They were a matched pair: evil for evil, no holds barred. If the devil had split himself into male and female he could hardly have done a better job of creating two strands of a DNA for malevolence.
They felt their attraction instantaneously when they met.
It was easy to see, perfectly apparent to the only witness to their meeting.
As irresistibly as hydrogen bonds with oxygen, "like" attracted "like" that day in the church. But what did it really feel like, inside their bodies, the first time they saw each other? Did it pierce them like a knife? Did it jolt like electricity, shooting at light speed from their eyes to their breath, hearts, minds, groins? Or was it more subtle and delicate than that, more like a rare taste of something savory on their tongues? Was it love -- or lust -- at first sight? It looked that way to the church secretary who saw them meet. But what, precisely, did they see in each other at that moment that nobody else had ever seen?
Well, it is said that the devil knows his own. And her own. At a dark, submerged depth below the light of consciousness, they must have recognized each other. Lovers, twins, soul mates. Surely there was something ancient, wicked, and intimately familiar for each in the others eyes. Before long, they knew they would do anything to be together, even murder -- especially, and most deliciously, murder.
Too bad he already had a wife.
Too bad for the wife, that is.
That's what I wrote, so portentously that I have almost convinced myself that I believe it. It's overheated, isn't it? Sexy, steamy, as their lust is judged to be. It sounds as if the Reverend and the other woman were fated to meet, mate, murder. A jury believed part of it. They convicted him, freed her. Do you believe some of it, all of it? Ah, but you dont know the facts of the case yet, do you? Im not sure that I do, either, and I wrote the book about it.
My book, if not their crimes, begins with innocence. There isn't even a hint of sex to begin with, except for the body of a naked woman abandoned to the subtropical vines, the snakes, the insects, and the putrefying heat. There is only the pure curiosity of childhood, betrayed in a decaying Garden of Eden, on a stifling summer day in Florida.

As they fled, the body -- hiding its grisly secrets -- lay on the floor of the dining room of the deserted mansion. She was large-breasted, slim-legged, dark-haired. Above her unseeing eyes, wooden beams intersected a ceiling where a mural of flowers and fronds was barely discernible on the crumbling plaster. Once, parties metaphorically raised these roof-beams; liquor flowed and waiters served dolphin on silver trays to rich Floridians. But that was decades gone, along with all but hints of original elegance. Half of a black wrought-iron drapery rod hung down from the one remaining hook, caught on one of its fleurs-de-lis. Outside that window, there was a patio where weeds had broken all the bricks. The centerpiece of the patio was a dry fountain with a statue of a naked cherub, now broken and shattered, in the basin.
Forever beyond the reach of the dead woman's outstretched and shattered arms, elegant catamarans cruised the Intracoastal Waterway, where she would never again go boating, trailing her manicured fingers in the water. Tourists strolled the beaches where she would never again raise her slim arms in lazy strokes through warm Atlantic waves. She had been pretty, but you couldn't tell that now. There were people who thought the world of her, who knew she would not have wanted children to find her like that, that she would have been horrified for them to see her. Worst of all, she was a minister's wife; to be found naked and exposed was a shame and a brutal embarrassment to her memory. But she had no say over any of that. Inside the hidden acre of property, her flesh and the house and the land were sliding back past civilization, back to dust and water and silence.

Nancy Pickard is the creator of the acclaimed Jenny Cain mystery series. She has won the Anthony Award, two Macavity Awards, and two Agatha Awards for her novels. She is a three-time Edgar Award nominee, most recently for her first Marie Lightfoot mystery, The Whole Truth, which was a national bestseller. With Lynn Lott, Pickard co-authored Seven Steps on the Writer’s Path. She has been a national board member of the Mystery Writers of America, as well as the president of Sisters in Crime. She lives in Prairie Village, Kansas. Visit her website at NancyPickardMysteries.com.

By Nancy Pickard
LIST PRICE £12.99
PRICE MAY VARY BY RETAILER