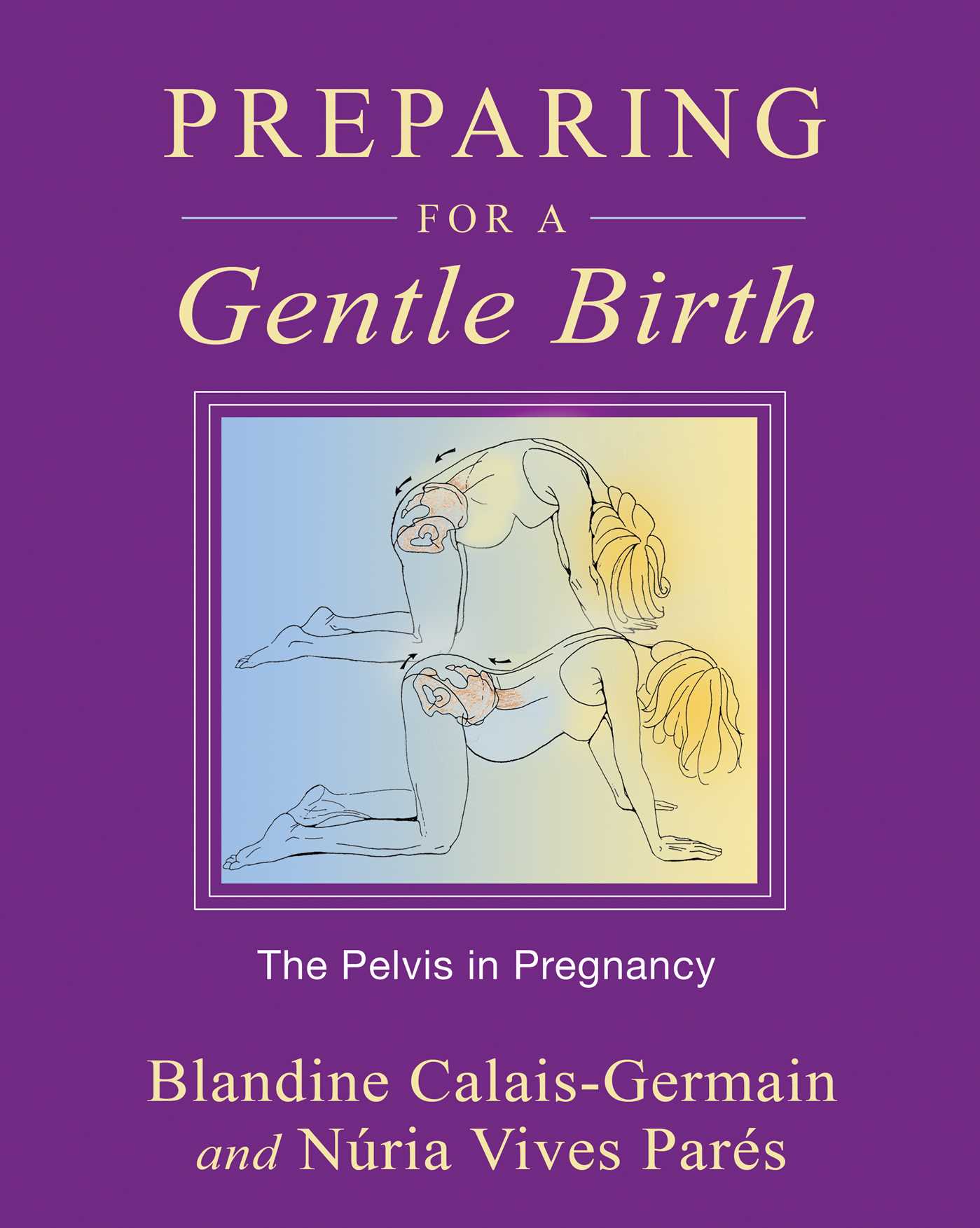 Preparing for a Gentle Birth

The Pelvis in Pregnancy

An illustrated hands-on guide to the dynamics of the female pelvis for expectant mothers, midwives, and birth professionals

• Presents movements and positions to ease discomfort, enhance the productivity of contractions, aid the internal expansion of the pelvis, and prevent and treat issues that may arise such as “failure to progress”

The dynamic power of the female pelvis is the key to a gentle birth. Throughout pregnancy, hormones soften the ligaments and joints of the pelvis in preparation for labor, a time when the four bones of the pelvis--the two ilia (hip bones), the coccyx (tailbone), and the sacrum--do their intimate dance of release, rotation, and counter-rotation around the soon-to-be newborn.

In this hands-on guide based on 15 years of research and workshops in maternity wards, movement teachers and health professionals Blandine Calais-Germain and Núria Vives Parés detail the anatomical intricacies of the female pelvis and its capabilities for expansion and return to its original form. Providing fully illustrated exercises to help the expectant mother prepare for this pelvic transformation and gain confidence in her body’s innate ability to birth her child, they also present a variety of movements and positions for use during the different stages of labor to ease discomfort, enhance the productivity of contractions, aid the internal expansion of the pelvis, and prevent and treat issues that may arise such as “failure to progress.” Ideal for the expectant mother and her birthing partner, this book will be a welcome addition to the library of every midwife, obstetrician, doula, and movement professional who teaches pregnant women.

Chapter 6
The Principal Positions of Childbirth

- Introduction
- Parameters of observation of positions

Seated positions
- On a low seat
- On a large ball

In this chapter we take stock of the positions that are typically used today in childbirth. While there are definitely other possible positions, what we present here are those most frequently used.

In the first positions presented, the pelvis is mobilized by the hips or the spine in a sagittal plane, that is to say, toward the front or back. The movements of the sacrum in the sagittal plane are those that are best known and most often described. The movements are viewed in profile, and they are easiest to understand because everything happens on a single plane (forward and back).

The sagittal plane is the one in which the amplitude of movement is the greatest and where we can make the greatest progress in labor.

But, in fact, childbirth is an asymmetrical event when we are talking about the pelvis: positions are rarely organized in a purely sagittal plane.

In practice they are most often combined with other positions in other planes, thereby giving rise to many variations.

This chapter, therefore, proposes different positions, where we start first with the sagittal and symmetric and then bring in the frontal and transverse planes, that is to say: hip rotation and the asymmetries of the legs.

This expands the possibilities of birthing positions and helps us to understand why a woman in labor--when she is not restricted in the way she can move--may choose atypical or “bizarre” positions and movements.

The following tools offer the woman in labor other position possibilities, especially when she understands why and how they are used.

Parameters of Observation of Positions

1. Description of the position
This is a global description pointing out characteristic components.

2. How are the hips?
Description of their position (see chapter 4).

3. How are the knees (and the feet)?
Description of their position.

4. Are the lower limbs symmetrical?
This is an important aspect to observe to see if the position corresponds to a possible asymmetry of the pelvis.

6. Are the two iliac bones free?
Can they move, or are they in a fixed position or being pulled in a certain direction?

7. Is the sacrum free?
Can it move or is it in a fixed position or being pulled in a certain direction?

8. Are the openings modified by the position?
Are they enlarged or reduced in size, front to back and/or laterally?

Lying on the Back

These positions are addressed first because they are the most common positions used in hospitals, particularly for monitoring, vaginal examinations, and epidurals.

Numerous women also ask to lie down to rest when they arrive at the hospital. If the fetus is already engaged (often the case), gravity pulls the fetus toward the back of the abdominal cavity rather than toward the pelvis.

Uterine contractions are fighting an uphill battle against two forces: gravitational pull that does not favor engagement with the birth canal and a lack of mobility of the sacrum.

In the event that lying on the back has to be sustained, for instance during a gynecological exam, place a soft material--a packet of gel or water--under the sacrum so it is able to stay mobile.

In case the woman wants to stay on her back to rest, raise the bed so that the position of the uterus favors engagement with the birth canal.

Lying on the Back
With Slight Flexion of the Femurs

1. Description of the position
The trunk is flat, the knees bent, feet flat on the bed, the table, or in the foot supports

2. What is the position of the hips?
The hips are in approximately 45° of flexion

3. What is the position of the knees (and the feet)?
The knees and feet are in about 90° of flexion.

4. Are the lower limbs symmetrical?
Yes.

5. Is the pelvis under pressure?
There is pressure on the entire posterior pelvis.

6. Are the two iliac bones free?
Yes, because hip flexion does not exceed 90°.

7. Is the sacrum free?
The sacrum is blocked by the bed or birthing table.

8. Are the openings modified by the position?
No.

9. Remarks
- Often women complain of “kidney pain.” The posterior sacroiliac ligaments are compressed. The fetus has to engage, but the position inhibits it and this causes the pain.
- This position does not facilitate pelvic mobility. All of the posterior structures are restricted and compressed, and this can cause pain.
- This position is more practical for the obstetrics personnel and is currently used during the engagement, especially in the case of epidurals and frequent monitoring.
- For the woman, this position does not require the work of any postural muscles, and it allows her to rest if she is tired.
- However, the contraction of the uterus is fighting against two forces: gravitational pull that does not favor engagement, and restriction of pelvic mobility.
Blandine Calais-Germain

Blandine Calais-Germain is the author of the bestselling Anatomy of Movement, The Female Pelvis: Anatomy and Exercises, and Anatomy of Breathing. In addition to being a dancer and a dance teacher, she is a certified physical therapist and attended the French School of Orthopedics and Massage in Paris. Known for her innovative method for teaching the physical structures of anatomy in relation to movement, she teaches workshops to students from all over the world. She lives in Limoux, France.

Núria Vives Parés is a psychomotor therapist who teaches anatomy and movement to hospital and maternity ward staff throughout Europe. She lives in Palafrugell, Spain.

Preparing for a Gentle Birth

The Pelvis in Pregnancy