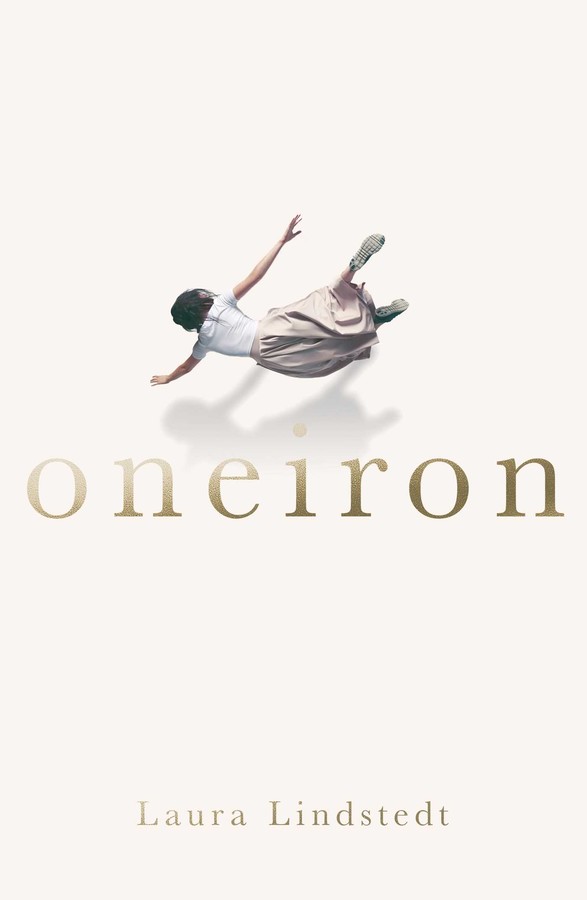 ‘This book is stunning, phenomenal, wow.’ Cecelia Ahern, author of P.S. I Love You

WINNER OF THE FINLANDIA PRIZE

Seven women meet in a white, undefined space seconds after their deaths

Time, as we understand it, has ceased to exist, and all bodily sensations have disappeared. None of the women can remember what happened to them, where they are, or how they got there. They don’t know each other. In turn they try to remember, to piece together the fragments of their lives, their identities, their lost loves, and to pinpoint the moment they left their former lives behind.

Deftly playing with genres from essay to poetry, Oneiron is an astonishing work that explores the question of what follows death and delves deep into the lives and experiences of seven unforgettable women.

‘This book is stunning, phenomenal, wow.’

– Cecelia Ahern, author of P.S. I Love You

– Chicago Review of Books Most Anticipated Fiction Books of 2018

‘Reflective and full of depth, Finnish author Laura Lindstedt blends in elements of other genres such as poetry and essay to wrestle with some of life’s most difficult questions.’

‘Super-readable, but buckle up – things get a bit Black Mirror at times.’

'Oneiron seems to rise effortlessly to the best of international literature.'

‘In the sheer diversity of her characters, Lindstedt might be responding to other modern realities: genetic interconnections revealed by DNA tests; global migration and interdependence; the random array of newspaper obituaries that follow a terrorist attack; and the boundary-breaking and community-building properties of social media, two years before the rise of the #MeToo movement.’

‘I’ve never read anything like it. I was riveted to the pages as each of the women tries to work out her last memories and tells her individual story... If you sometimes long for a reading experience that takes you out of the usual realm of life and gets you thinking, this book is it. Recommended.’

‘Oneiron is one of those books that stunned me into silence at the end.’

'Oneiron is literally a fabulous work. A triumph of the art of the novel.'

‘A spectacular novel about life after death...Laura Lindstedt embodies with breathtaking imagination the idea that we are all equal in the face of death...[weaving] her unlikely story with the finest of writers' hands.'

'A prize-worthy, magnificent meditation on the afterlife with a suggestive warmth and forgiveness towards death in this frank portrait of seven women told with humour and a strong desire for storytelling.'

'On an international scale this is an exceptionally bright pearl of high literature – a novel that is close to perfect.'

‘Laura Lindstedt is a masterful narrator...the story leads its speechless reader through a dreamlike and fascinating universe.’

‘Oneiron is a precise example of a postmodern novel. The leitmotif death is handled by the author Laura Lindstedt through a variety of (not only) literary genres and references. This is a story in which death is only the beginning.’

‘A very touching way of describing how much women’s lives are controlled by the body, but also just a truly amazing book about the feelings, experiences and creations that create a (woman’s) life.’

‘Excellent speculative fiction about seven women who meet in the afterlife and try to clarify what happened to them.’

'Oneiron is a shameless, touching and absurd approach to the state we know little about, the space, the transition, the moment when we hover between life and death.'

'Lindstedt uses the tools of literature to form a work of art with its own rules; one can only admire her execution and her ability to depict our world to a startling effect.'

'Oneiron is a deeply fascinating book and one of the best I’ve read for a very long time.'

'There’s nothing predictable in Laura Lindstedt’s elegant and in every way skillful analysis of humanity.'

'Fascinating and original in its reflection on life and death...[and] realistic in its analysis of power and powerlessness.'

'Laura Lindstedt’s construction is, specifically, about death. In this way, Dante Alighieri and Marcel Proust are subtly invoked.'

'Oneiron is about death. It comes with interesting suggestions of how it is "on the other side," but actually sheds more light on the various power structures on our side.'

'There is something therapeutic – if not, relieving – in reading Oneiron; like surrendering to a trust exercise.'

'Oneiron is touching, with its direct language, and in its multi-faceted and concrete approach to what life can be. The way in which Lindstedt portrays the biographies of the women in words, enriches the theme of life, the body, and art in a grotesque but also refreshing way.'

‘Magnificent... The novel has been nominated for the Nordic Council Literature Prize 2017 and is more than worthy of the prize.’