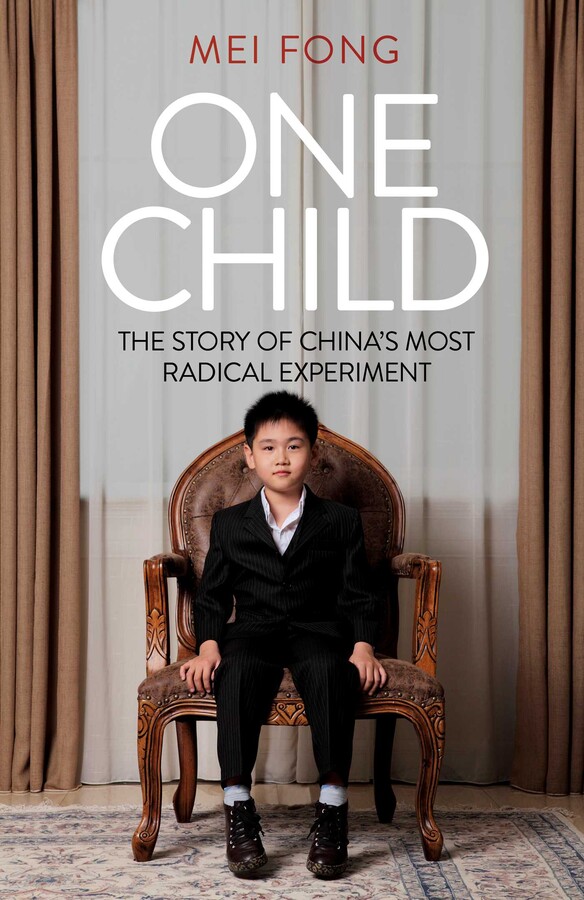 The Story of China's Most Radical Experiment

For over three decades, China exercised unprecedented control over the reproductive habits of its billion citizens. Now, with its economy faltering just as it seemed poised to become the largest in the world, the Chinese government has brought an end to its one-child policy. It may once have seemed a shortcut to riches, but it has had a profound effect on society in modern China.

Combining personal portraits of families affected by the policy with a nuanced account of China’s descent towards economic and societal turmoil, Pulitzer Prize-winning journalist Mei Fong reveals the true cost of this most controversial of policies. Drawing on eight years spent documenting its repercussions, she reveals a dystopian legacy of second children refused documentation by the state, only children supporting their parents and grandparents, and villages filled with ineligible bachelors. An exceptional piece of on-the-ground journalism, One Child humanizes the policy that defined China and warns that the ill-effects of its legacy will be felt across the globe.

‘A deeply moving account of a policy of that looks set to haunt China (and the world) for decades: Fong highlights how, despite its relaxation to two children, the repercussions of the past thirty-five years will only be felt more acutely in the future.’

‘Vivid and thoroughly researched...a moving and at times harrowing account of the significance of decisions taken by a small coterie of men with too much faith in science and ideology, and too little in humanity.’

'An interesting and intriguing read'.

'A…moving history of the policy…fascinating…Fong, a Singaporean Chinese living in Beijing…adds a fine human touch'.

'Outside China, there are still vocal admirers of the one-child policy. Perhaps after reading this book and doing the sums they won’t be such strident supporters'.

'Fong's moral outrage is as understandable as her empathy is affecting…One Child draws thoughtful attention to the ethical and moral risks of regulating human reproductive rights'.

'Mei Fong has travelled widely across China, and has produced a vivid account of the multifarious ways whereby a hugely unpopular policy was implemented...One Child is a timely reminder of how the recent relaxation of the policy is unlikely to avert a self-inflicted demographic disaster'.

'There really could be no one better than Fong, a western journalist with an insider's knowledge of China, to make this story come alive'.

‘With its vivid character portrayals and incredible stories, One Child is an eye-opening book.’

– Xinran Xue, author of The Good Women of China and Buy Me the Sky: The Remarkable Truth of China’s One-Child Generations

‘Fong’s moving and highly personal account of the one-child policy will teach you more about the dysfunction and cruelty of modern-day China than any other.’

– Barbara Demick, author of Nothing to Envy

‘One Child is a riveting read, written with the flair and compassion of a novel. But it is also a critically important book about the future of China, necessary reading both for policy experts and anyone interested in the future of one of the most important nations of the 21st century.’

‘Eye-opening, powerful and utterly gripping, One Child had me hooked from page one. Mei Fong possesses a rare eye for the details that truly illuminate a story, the ones that most of us overlook. She writes beautifully and vividly, revealing sides of China I’d never imagined to exist.’

– Amy Chua, Yale Law Professor and author of Battle Hymn of the Tiger Mother and The Triple Package

‘A highly impressive account of one of the controversial aspects of today’s China combining policy analysis, extensive on-the-ground reporting and personal experience.’

‘Reveals the dark underbelly of China’s one-child policy... its implementation led to heartache, human rights abuses and forced coercion of women across the country.’

‘One Child is a timely and informative look into China’s infamous effort to control its enormous population. But Mei Fong has also given us a wry, bittersweet, and often very personal look at how courtship, marriage, birth, and death interact in the post-Mao Chinese family. A lovely antidote to decades of chillingly cold Party-speak from Beijing.’

‘[One Child] must change the way we talk about China’s rise... It not only clarifies facts and retires myths, but also confronts the deepest questions about the meaning of parenthood.’

The Story of China's Most Radical Experiment