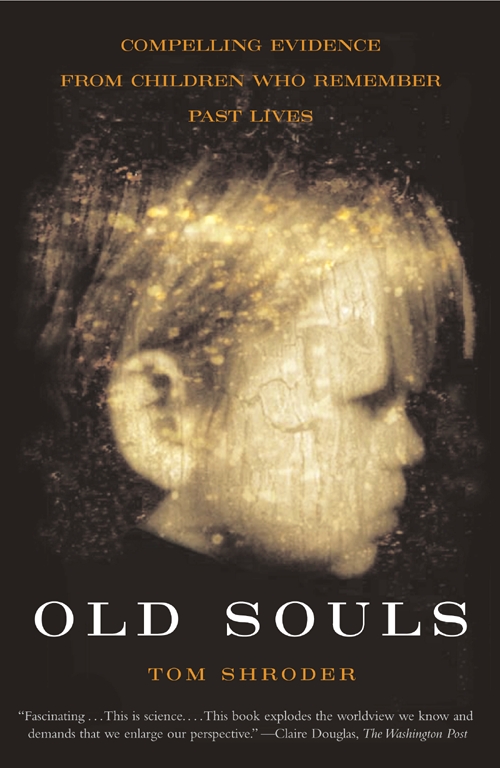 Compelling Evidence From Children Who Remember Past Lives

By Thomas Shroder
LIST PRICE £10.99
PRICE MAY VARY BY RETAILER

For nearly seven decades psychiatrist Dr. Ian Stevenson has been travelling the world, tracking reports of children who claim to have lived before. Spontaneously they will recall vivid details about complete strangers who died before they were born, people they say they once were. And when the memories are checked against the facts of real lives, they match to an astonishing degree. It took journalist Tom Shroder years to persuade Dr. Stevenson to allow him to accompany him on his field research, the first ever to have that privilege. From the hills of Beirut, Lebanon to the slums of northern India, Shroder follows Stevenson as he struggles to understand the mysterious phenomenon of old souls reborn into new bodies. What this sceptical reporter, 'who has stared inward but had never seen a ripple of any life but his own', observes shakes him to the core.

Chapter One: The Question

It is late, nearly lightless. Smoke from a million dung fires hangs in the headlights as the Maruti microbus bangs along the narrow, cratered hardpack that passes for a paved road in the Indian outback. We are still hours away from the hotel, an island of First World comfort in this simmering Third World ocean, and the possibility that we will never get there looms as large as the oncoming truck, absurdly overloaded and undermaintained, shuddering violently as it hurtles toward us dead in the middle of the road. Using every inch of the rutted dirt shoulder, we barely escape. Through the thin tin of the Maruti, I can feel the truck vibrate, smell death in the exhaust pumping from its tailpipe. In escape, there is no relief. We bounce back onto the road's pitted surface and immediately overtake a wooden cart lumbering to the heavy gait of yoked oxen with immense horns. Our driver leans on his horn as he swerves around the cart into a blind curve that I can only pray is not occupied by a bus loaded to the dented metal ceiling with humans and farm animals. I try not to think about the lack of seat belts or the mere half inch of glass and metal that separates the front seat from whatever we plow into -- or the Lonely Planet article I read that said fatal accidents were forty times more likely on Indian roads than on American highways. Or the account of a Western traveler who hired a car and driver in northern India, exactly as we have, only to crash head on into a truck, then regain consciousness in agony in a crude hospital, stripped of passport, money belt, and insurance papers. I try not to think about dying ten thousand miles from home, about never seeing my wife and children again, about their lives going on without any trace of me. I try not to think about absolute darkness.

But even within my bubble of fear, I am aware of the irony. Sitting in the backseat, apparently unconcerned about the two-ton mud-splattered torpedoes racing toward us, is a tall, white-haired man, nearly eighty, who insists that he has compiled enough solid, empirical evidence to demonstrate that physical death is not necessarily the end of me or anyone else.

His name is Ian Stevenson, and he is a physician and psychiatrist who has been braving roads like this and worse for thirty-seven years to bring back reports of young children who speak of remembering previous lives and provide detailed and accurate information about people who died before they were born, people they say they once were. While I struggle with my fear of dying, he is wrestling with his own fear of annihilation: that his life's work will end, largely ignored by his peers.

"Why," he asks for the third time since night has fallen, "do mainstream scientists refuse to accept the evidence we have for reincarnation?"

On this day, and for the past six months, Stevenson has shown me what he means by "evidence." He has permitted me to accompany him on field trips, first to the hills surrounding Beirut and now on a wide swath of India. He has responded to my endless questions and even invited me to participate in the interviews that are the heart of his research. The evidence he is referring to does not come from fashionable New Age sources, past-life readings, or hypnotic regressions during which subjects talk about being a Florentine bride in the sixteenth century or a soldier in the Napoleonic Wars, rendering the kind of details one might garner in an hour's time paging through a few romance novels. The details Stevenson's children recall are far more homely and more specific than those. One remembers being a teenager called Sheila who was hit by a car crossing the road to collect grass for cattle feed, another recalls the life of a young man who died of tuberculosis asking for his brother, a third remembers being a woman waiting for heart surgery in Virginia, trying and failing to call her daughter before the operation she would not survive. It goes on and on: These children supply names of towns and relatives, occupations and relationships, attitudes and emotions that, in hundreds of cases around the world, are unique to a single dead individual, often apparently unknown to their present families. But the fact is, the people the children remember did exist, the memories that the children claim can be checked against real lives and their alleged feats of identification verified -- or contradicted -- by a variety of witnesses.

This is what Stevenson has been doing for almost forty years; it is what we have been doing in Lebanon and India: examining records, interviewing witnesses, and measuring the results against possible alternative explanations. I have seen close up, as few others have, how compelling some of these cases can be -- and not just factually, but in the emotion visible in the eyes and the voices of the subjects, their families, and the families of the people they claim to have been. I have seen and heard astonishing things, things for which I have no easy explanation.

Now we are near the end of our last trip together, perhaps the last trip of Stevenson's career. It dawns on me in the noisy chill of the microbus, droning and rattling through the night, that Stevenson's question is not rhetorical. He is asking me, the outsider, the skeptical journalist who has seen what he has to show, to explain. How can scientists, professed to hold no dogma that reasonable evidence cannot overturn, ignore the volumes of reasonable evidence that he has provided?

I begin to go into some long riff about how, in the absence of any knowledge about the mechanism of the transfer -- the means by which personality, identity, and memory can be reassigned from one body to another -- it is hard to talk about proof. But then I stop cold. I hear myself rambling, and realize what he is really asking: After all I have seen and heard, do I, at least, believe?

I, who have always felt mortality in my marrow, who have stared inward but never seen a ripple nor heard a whisper of any life but my own, who have seen people near to me disappear into death with an awesome and unappealable finality and learned in my flesh, where it counts, that the only thing abiding is an unyielding sense of diminishment. What do I think?

He wants to know. He is asking me. He deserves an answer.

Tom Shroder has been an award-winning journalist, writer, and editor for more than twenty years. He is a coauthor (with John Barry) of the critically acclaimed Seeing the Light. He lives in northern Virginia.

Claire Douglas Rocky Mountain News Fascinating...This is science....This book explodes the worldview we know and demands that we enlarge our perspective.

Patti Thorn Rocky Mountain News A book worth reading, if only for the many unsettling questions it will raise.

Chicago Tribune Whether or not you believe, but especially if you're a born skeptic, you'll be in good company sharing the travels of author Tom Shroder....Old Souls is quietly mind-boggling.

Compelling Evidence From Children Who Remember Past Lives

By Thomas Shroder
LIST PRICE £10.99
PRICE MAY VARY BY RETAILER