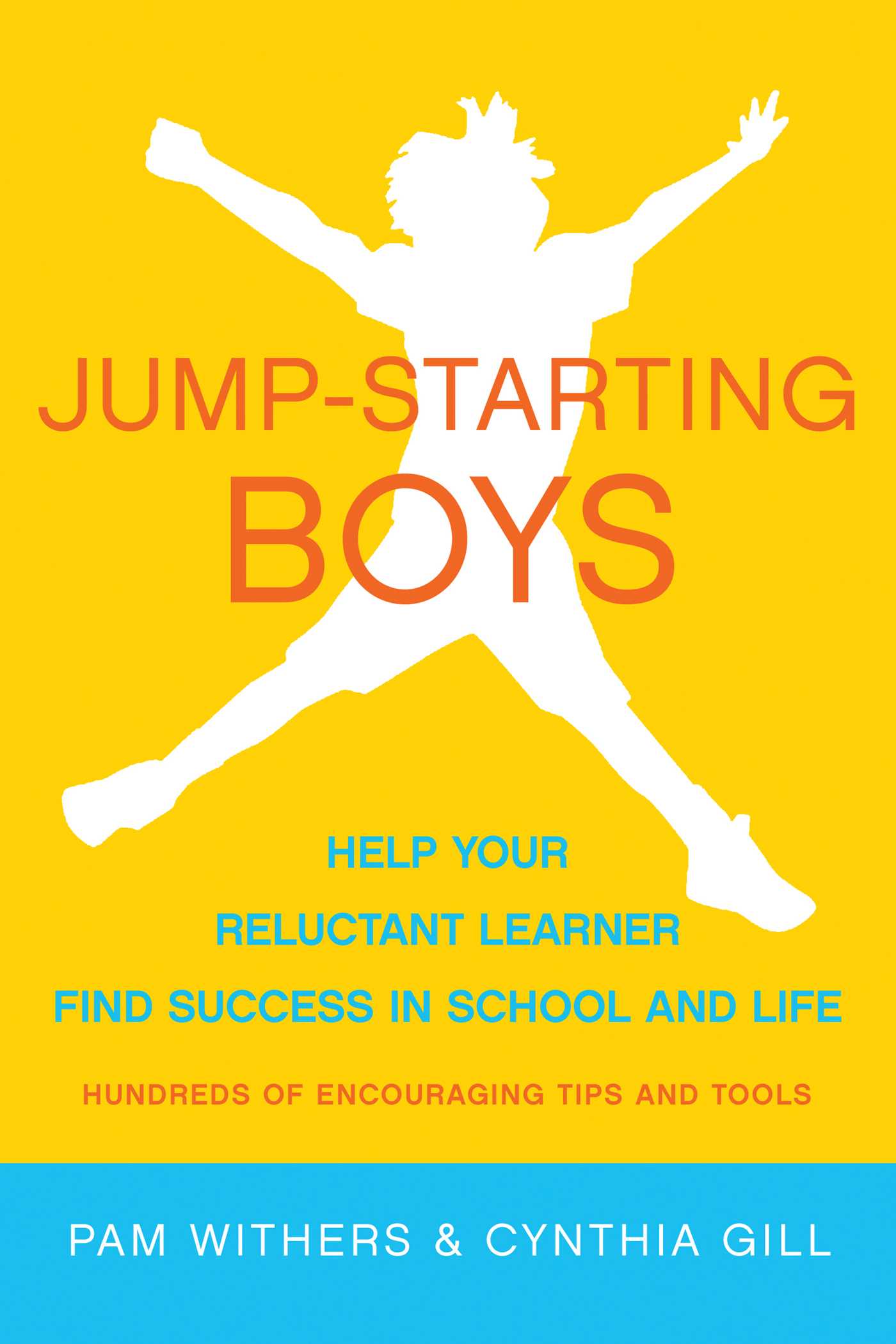 Help Your Reluctant Learner Find Success in School and Life

By Pam Withers
LIST PRICE £9.99
PRICE MAY VARY BY RETAILER

Everyone knows that boys are falling behind in education. Largely left out of the discussion are parents of boys, who are most aware that their bright, eager sons hit an invisible wall somewhere near fourth grade, after which they become disengaged, discouraged, and disaffected. There are dozens of books on underachieving boys, but most parents brave enough to lift one off the shelf are instantly intimidated by the footnotes, graphs, case studies, and academic-speak addressed almost entirely to educators. What about the average guilt-ridden, frustrated mother or father of an underachieving boy? Jump-Starting Boys is the first book on the market that empowers parents, helping them reclaim the duties and rewards of raising their children and navigate the influences of school and media. Filled with reassurance and support, the authors turn fear and guilt into can-do confidence. Through easy tips and action list sidebars, this is the most practical, readable book on the topic.

Pam Withers is a former business journalist and the bestselling, award-nominated author of more than a dozen adventure novels particularly popular with teen boys. They include Peak Survival, Skater Stuntboys, and Vertical Limits. She is also co-author with John Izzo of the highly acclaimed Values Shift: The New Work Ethic and What It Means for Business (Prentice Hall Canada 2000). Her magazine writing credits include McCalls, Working Woman, Profit, and numerous inflight magazinesWithers travels North America extensively, speaking at schools, librarians' and writers' conferences. She's a dual U.S./Canadian citizen. The second of six siblings, she spent her growing-up years trying to measure up to her smarter, better-looking older sister, Cynthia. (She has just about outgrown that.) Withers and her husband, a university professor, live in Vancouver, Canada, where they recently completed raising a high-energy son who spent his adolescence as the official teen editor of her teen adventure novels. Her website is PamWithers.com.During her thirty-year career as a high school teacher, Cynthia Gill, M.A., L.M.F.T. worked on innovative curricula development and served as an academic dean, while winning acclaim for her work in the classroom. She completed her master's degree in Adlerian psychotherapy and counseling in 2006, and has since worked with adolescents, children and families as a licensed marriage and family therapist.Gill has taught as an adjunct faculty member at Globe University and enjoys public speaking, particularly on parent education. She has led numerous groups of students on educational and service trips to Russia, Germany and Latin America. A former homeschooling mom, she also served as a consultant to homeschooling families with an accrediting organization. She and her husband live in Minneapolis and like to travel in between visits from their three grown sons, two daughters-in-law and three grandchildren.John Duffy is a clinical psychologist and certified life coach with a thriving private practice in the Chicago area. He is also a national parenting and relationships expert on The Steve Harvey Show. Duffy consults with individuals, groups and corporations in a number of areas, including Emotional Intelligence, stress management, balancing work and family, conflict resolution, goal-setting and the power of thoughts in bringing about change. Dr. Duffy's highly satisfied clients include Sears, Allstate, General Electric, Household Financial, Exxon Mobil, Accenture, Bank of America and Hewitt Associates. The Duffy family lives in Chicago, Illinois.

Help Your Reluctant Learner Find Success in School and Life

By Pam Withers
LIST PRICE £9.99
PRICE MAY VARY BY RETAILER