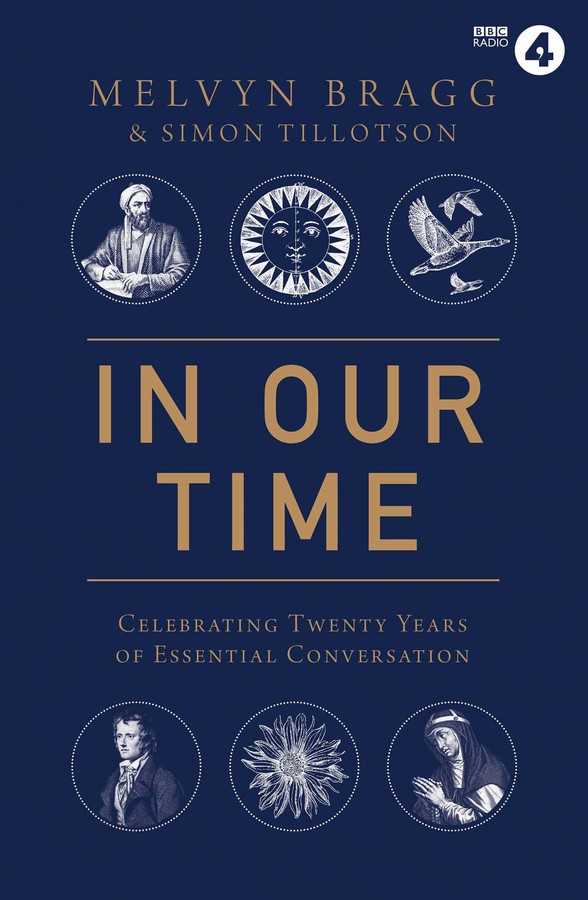 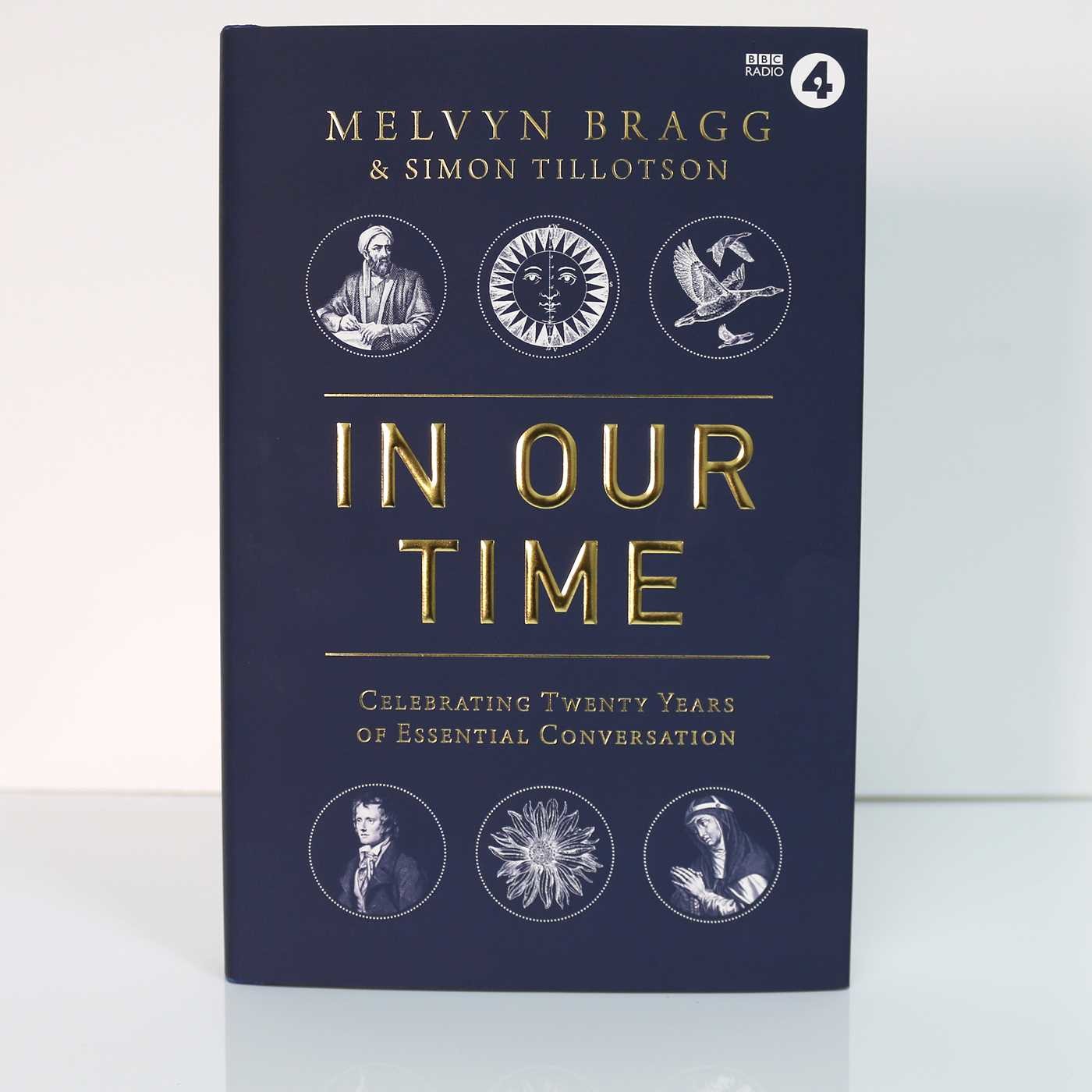 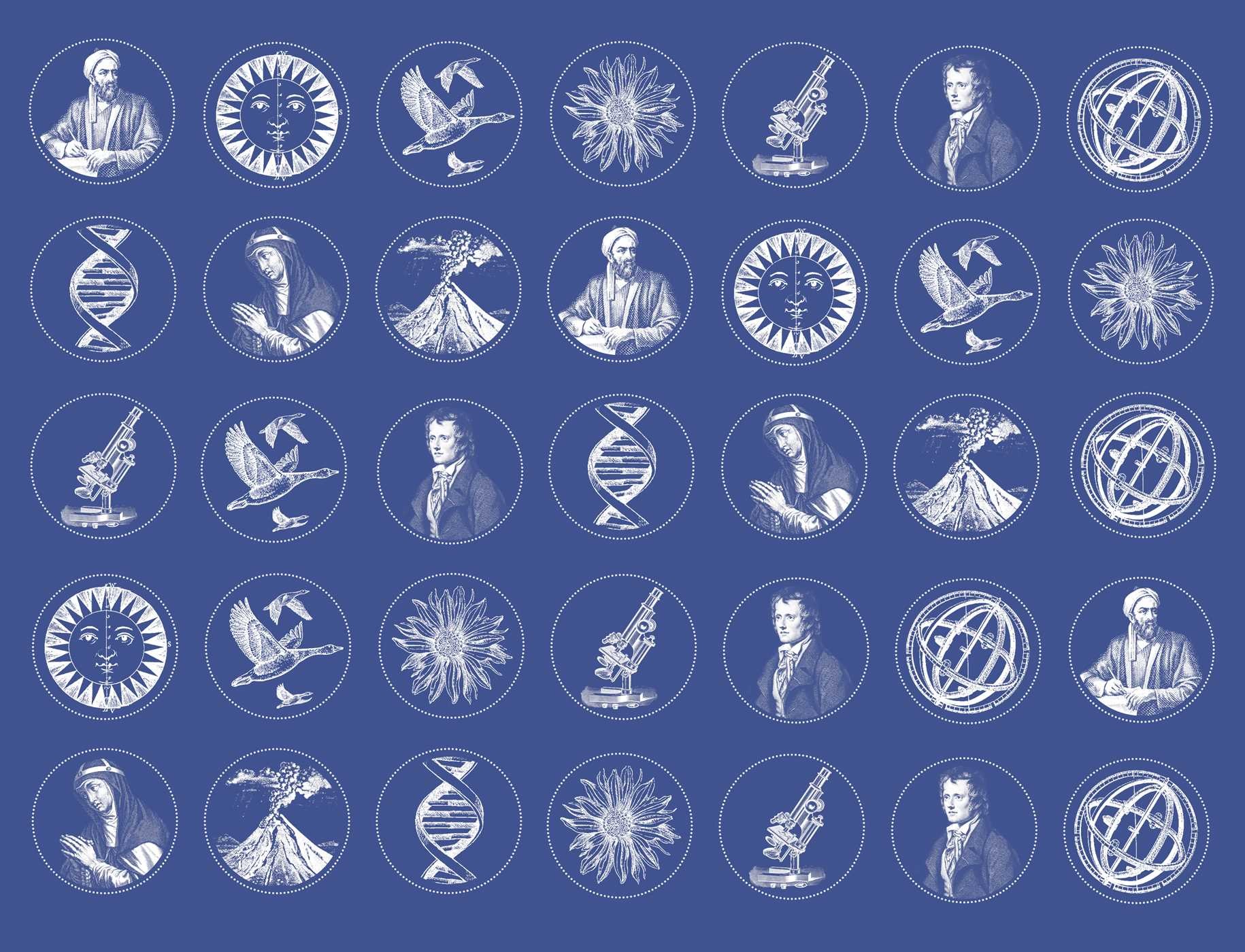 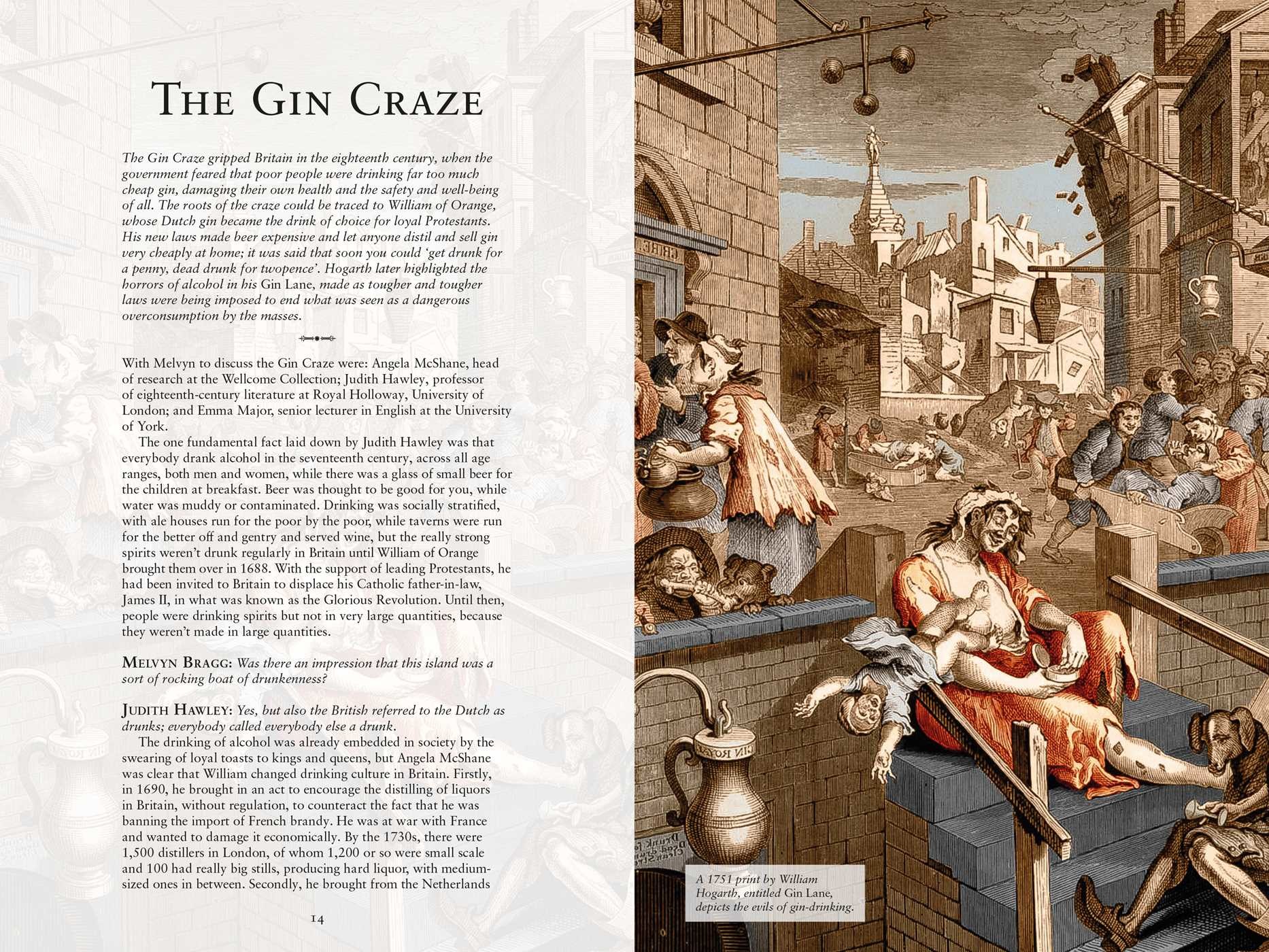 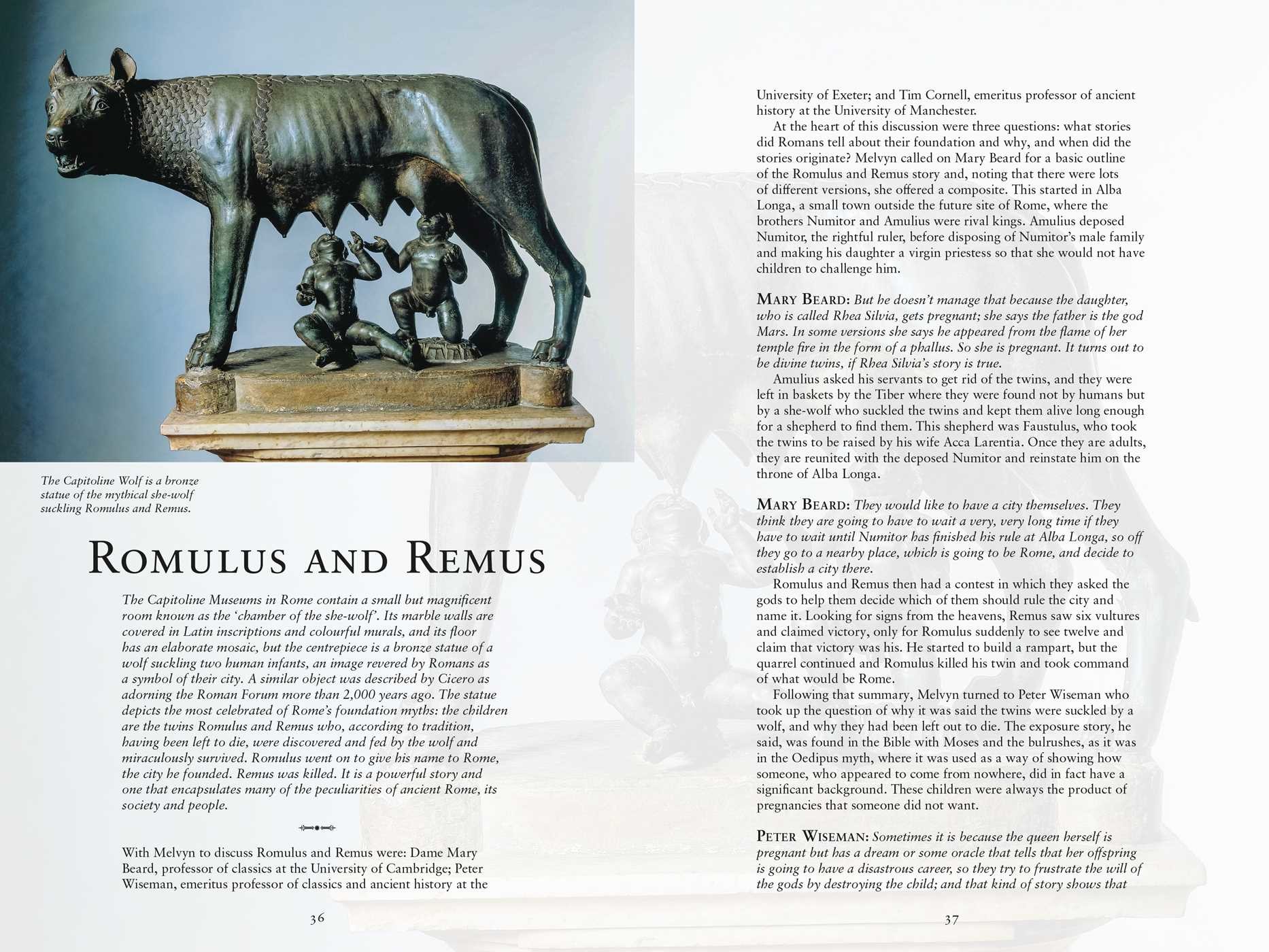 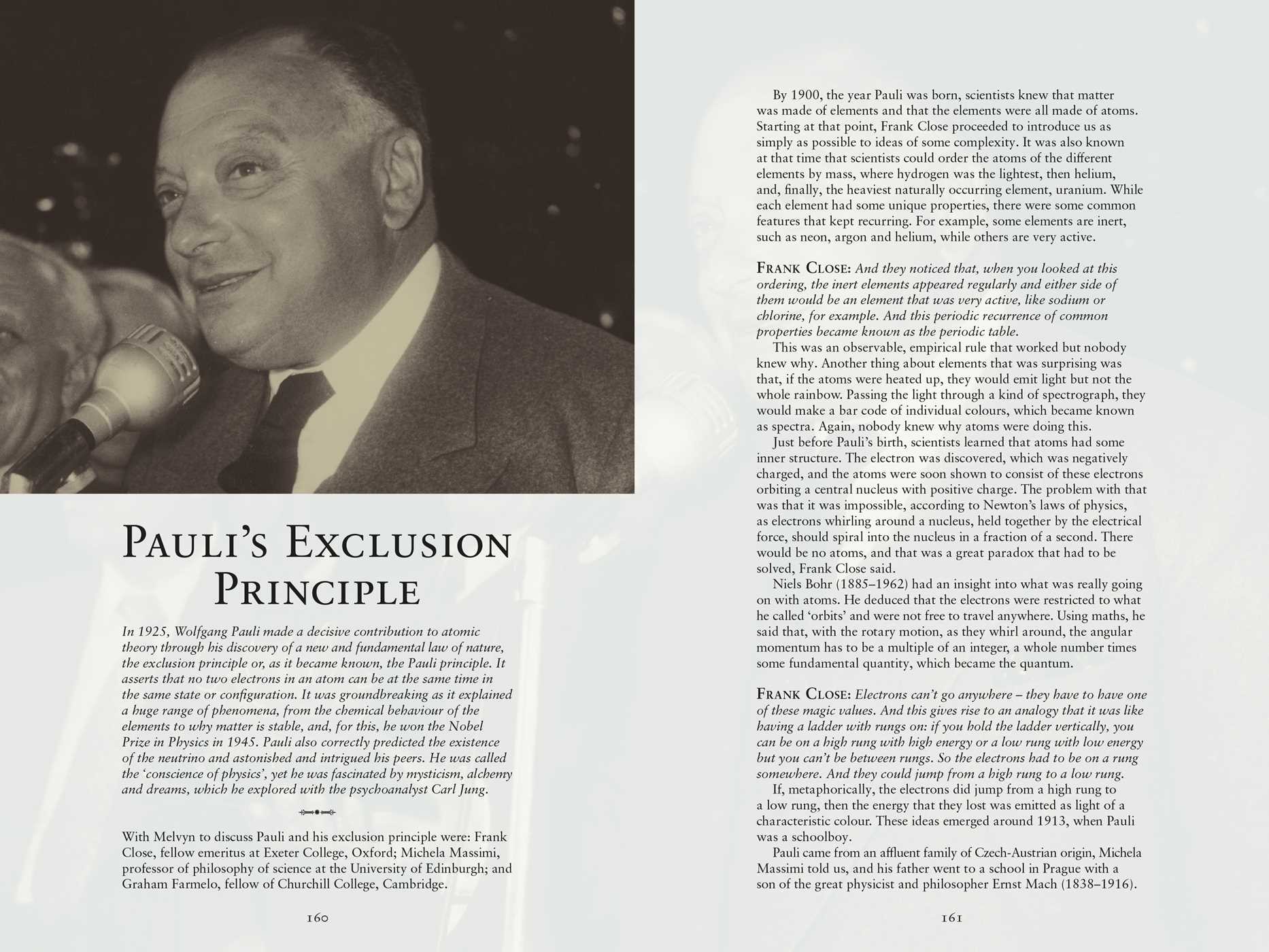 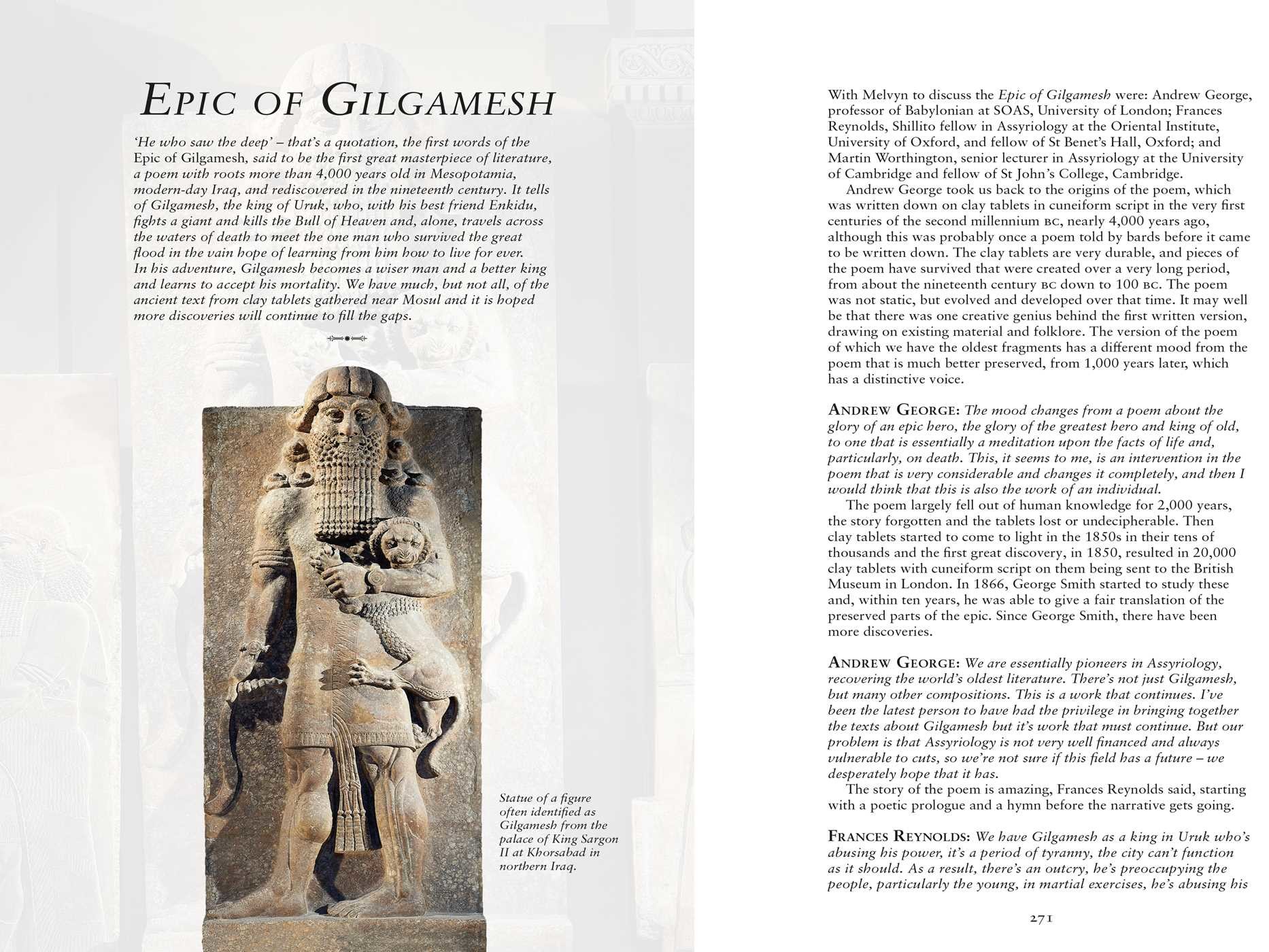 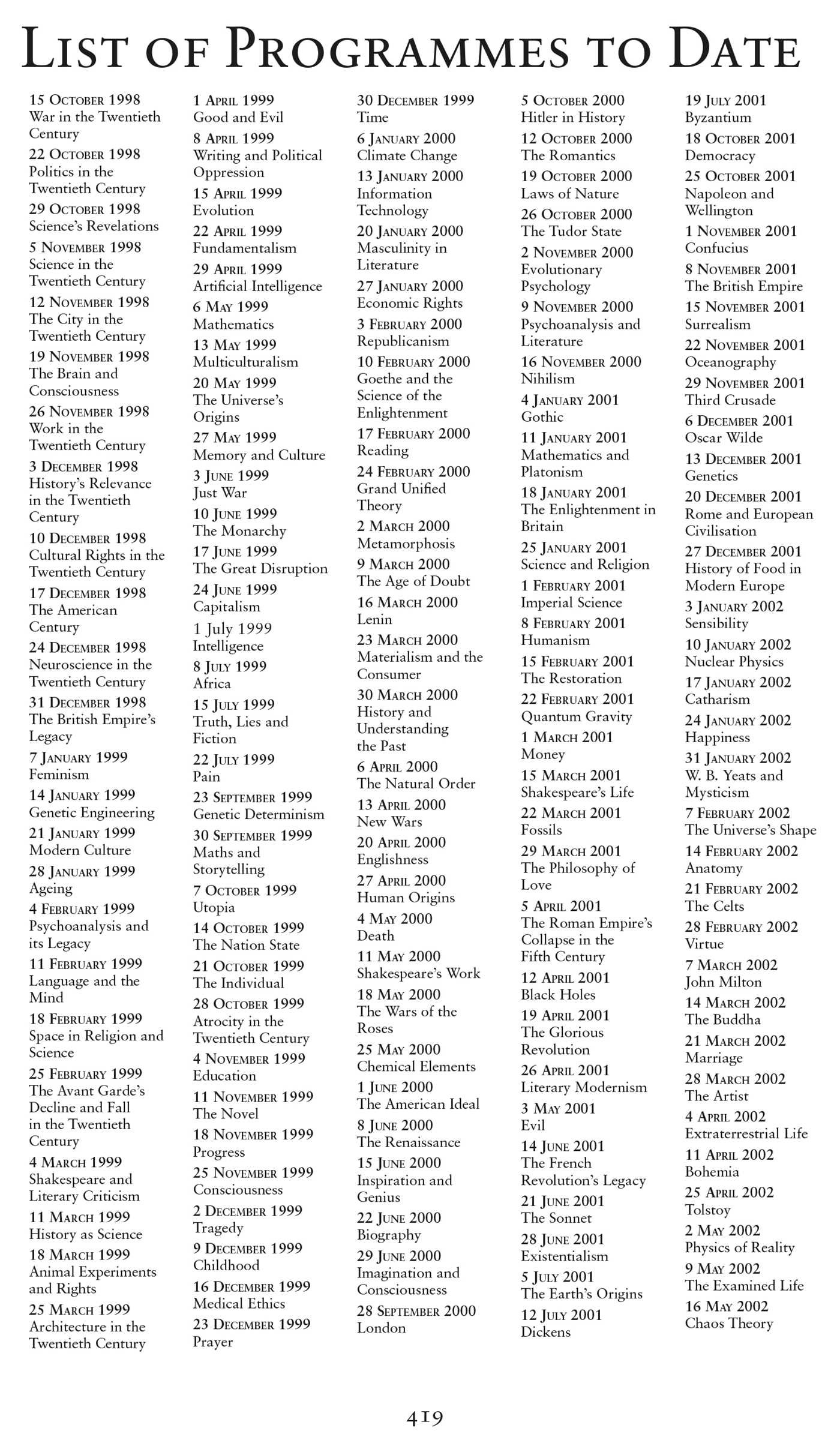 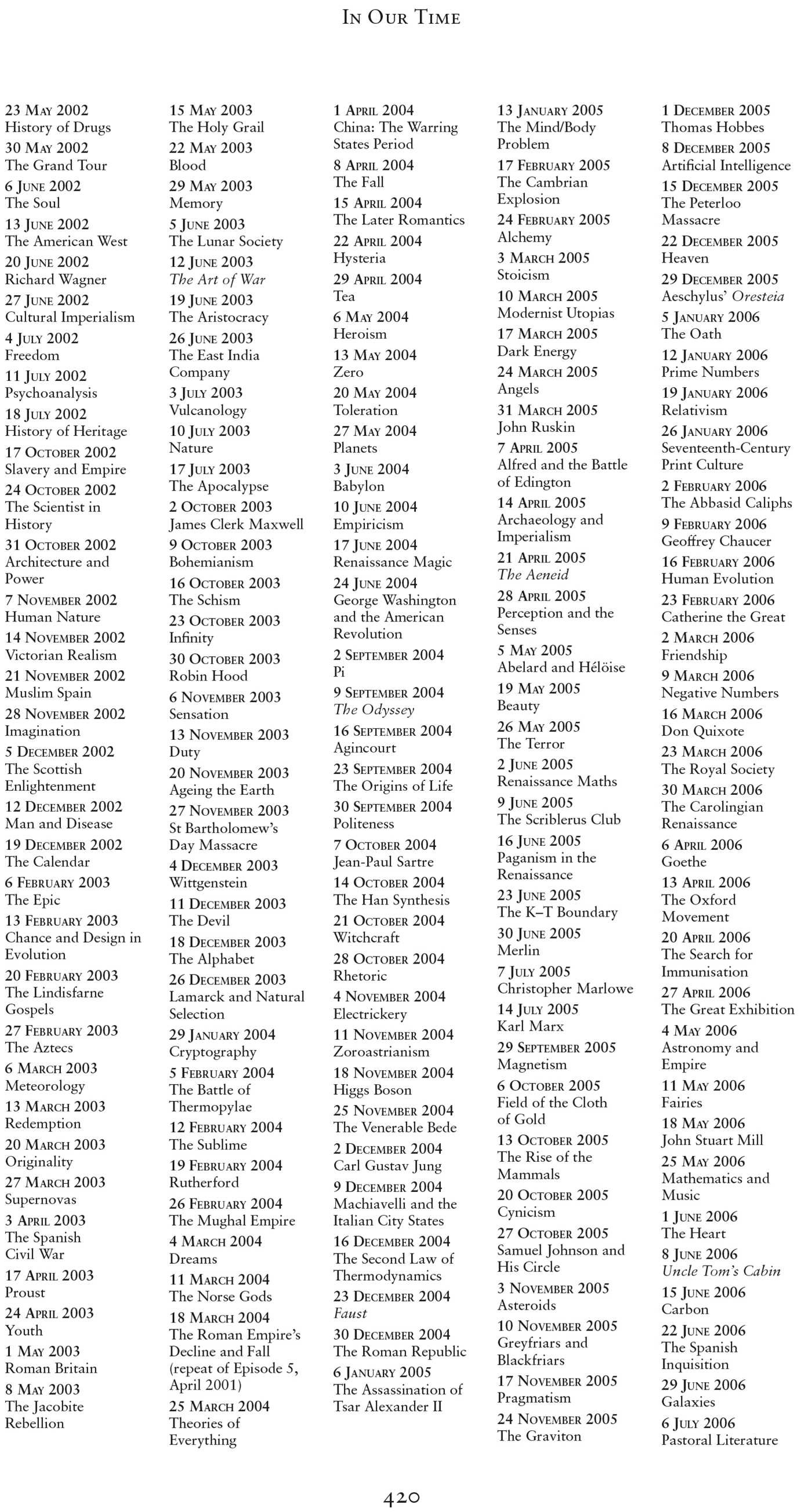 By Melvyn Bragg and Simon Tillotson
LIST PRICE £25.00
PRICE MAY VARY BY RETAILER

‘Melvyn not only makes you think … he makes it enjoyable too. He’s brilliant.’ – John Humphrys, the Today Programme.

‘In a troubled world where many sneer at experts, In Our Time is always a treat. Those who know what they're talking about, talk about it, and they do it under the benevolent if occasionally testy guidance of one who knows how to bring out the best in them.  Listen, read, mark, and inwardly digest; agreeable glass of accompanying refreshment optional.’
- Sir Diarmaid MacCulloch

'This beautifully produced and expertly edited book is a wonderfully rich and varied sample of 50 In Our Time programmes, from ancient Greek philosophy to dark matter via the gin craze.  It will whet your appetite to visit or revisit the many hundreds of other programmes in this remarkable series.' - Professor Angela Hobbs


'Bragg gives short shrift to pretension of any kind, while remaining stalwart in his search for knowledge. His methodology in In Our Time is... not unlike that of a man throwing a stick at a dog: he chucks his questions ahead, and if the chosen academic fails to bring it right back, he chides them. He retains enough of his bluff Cumbrian origins not to be taken in by gambolling and tweedy high spirits.' - Will Self, from a February 2010 issue of London Review of Books

In Our Time has been the cornerstone of broadcasting every Thursday morning on BBC Radio 4 for the past twenty years, with over 800 episodes since its launch in October 1998. Presented by one of Britain’s greatest champions of the arts, Melvyn Bragg, the show explores ideas across history, religion, philosophy, science and culture. With a vast array of contributors from the world of academia, such as Mary Beard, Angie Hobbs and Diarmaid MacCulloch, it is one of Radio 4’s most successful programmes, attracting a weekly live audience exceeding 2 million listeners, and, per episode, it is one of the world’s most downloaded podcasts.

To honour this major anniversary of BBC broadcasting, this beautifully illustrated book provides a lively and colourful guide to fifty of the most captivating discussions from the past two decades of In Our Time, as chosen by Melvyn and the producer Simon Tillotson, and, influenced by listeners who have recommended their favourite programmes from those years.

Highlights include ‘Romulus and Remus’, ‘The Death of Elizabeth I’,  ‘Ada Lovelace’, ‘The Gin Craze’, the ‘Epic of Gilgamesh’ and ‘The Salem Witch Trials’, and there are additional behind-the-scenes insights, peppered with Melvyn Bragg’s remarks both on and off air. This is a captivating gift for all fans and a celebration of this iconic series.
Melvyn Bragg
Simon Tillotson

By Melvyn Bragg and Simon Tillotson
LIST PRICE £25.00
PRICE MAY VARY BY RETAILER