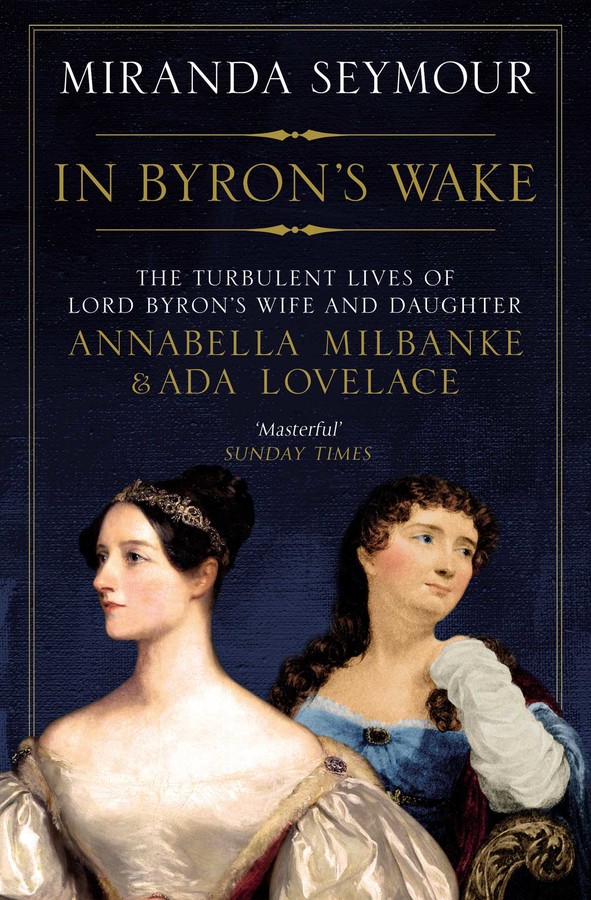 By Miranda Seymour
LIST PRICE £5.99
PRICE MAY VARY BY RETAILER

In 1815, the clever, courted and cherished Annabella Milbanke married the notorious and brilliant Lord Byron. Just one year later, she fled, taking with her their baby daughter, the future Ada Lovelace. Byron himself escaped into exile and died as a revolutionary hero in 1824, aged 36. The one thing he had asked his wife to do was to make sure that their daughter never became a poet.

Ada didn't. Brought up by a mother who became one of the most progressive reformers of Victorian England, Byron's little girl was introduced to mathematics as a means of calming her wild spirits. Educated by some of the most learned minds in England, she combined that scholarly discipline with a rebellious heart and a visionary imagination.

As a child invalid, Ada dreamed of building a steam-driven flying horse. As an exuberant and boldly unconventional young woman, she amplified her explanations of Charles Babbage's unbuilt calculating engine to predict, as nobody would do for another century, the dawn today of our modern computer age. When Ada died - like her father, she was only 36 - great things seemed still to lie ahead for her as a passionate astronomer. Even while mired in debt from gambling and crippled by cancer, she was frenetically employing Faraday's experiments with light refraction to explore the analysis of distant stars.

Drawing on fascinating new material, Seymour reveals the ways in which Byron, long after his death, continued to shape the lives and reputations both of his wife and his daughter. During her life, Lady Byron was praised as a paragon of virtue; within ten years of her death, she was vilified as a disgrace to her sex. Well over a hundred years later, Annabella Milbanke is still perceived as a prudish wife and cruelly controlling mother. But her hidden devotion to Byron and her tender ambitions for his mercurial, brilliant daughter reveal a deeply complex but unsuspectedly sympathetic personality.

Miranda Seymour has written a masterful portrait of two remarkable women, revealing how two turbulent lives were often governed and always haunted by the dangerously enchanting, quicksilver spirit of that extraordinary father whom Ada never knew. 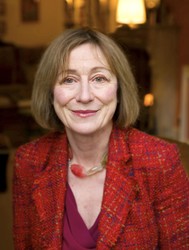 Miranda Seymour
Miranda Seymour, author of the award-winning In My Father's House has written many acclaimed novels and biographies, including lives of Mary Shelley, Robert Graves, Ottoline Morrell and Helle Nice, the Bugatti Queen.

‘A masterful portrait…Miranda Seymour is a marvellous storyteller…it is composed to a considerable extent of scandal, gossip and bad blood, Seymour’s book is hugely entertaining as well as formidably researched, and should not be missed’

‘It was…her brilliance as a scientific and mathematical pioneer that defined Ada…Struggling against her mother’s domineering influence and the sexism of 19th Century England…she also found herself in competition for Annabella’s attention with Medora, Augusta’s daughter and rumoured Byronic bastard.’

‘Vastly enjoyable…it is one of the many pleasures of this book that Seymour makes the reader warm to their inconsistencies, to all the inexplicable oppositions of character and action that make them so familiar and human…Brilliant, ebullient, eccentric, vivacious, egocentric and oddly dressed, Ada had her mother’s discipline and her father’s volatility.’

'As Miranda Seymour writes in this gripping saga of a double-biography…the pretty 20-year-old Annabella Milbanke… [who] fell head over heels in love with mad, bad and dangerous Lord Byron…a serial womaniser who referred to sexual encounters as "hot luncheons"…"her heart was obstinately set upon the reformation of a rake".'

'It’s more than 160 years since the death of the computer pioneer Ada Lovelace…credited with everything from the invention of the CD to the foundation of Silicon Valley. Miranda Seymour agrees that it is not Ada Lovelace’s skills as a mathematician that matter, but rather her visionary words, 100 years before the birth of electronic computers, about "a new, a vast and a powerful language". In her ambitious...dual biography of Ada and her mother Lady Byron, the power of Lovelace’s imagination and her belief in a "poetry of mathematics" is seen as a direct inheritance from Ada’s father Lord Byron.'

'There are difficult men, and then there is Lord Byron…the aim of Miranda Seymour’s new book is to put Byron’s wife, Annabella Milbanke, and their increasingly famous daughter, Ada Lovelace, centre stage… Not only were his wife and child still dealing with the rumours of cruelty, incest and sodomy – a then illegal activity which, Seymour…a wonderful writer… speculates, his young wife may have enjoyed – long after his death in 1824; they remained, in emotionally complex ways, in his thrall all their lives.'

– Rachel Cooke, The Observer, Book of the Day

'On BBC4 she was celebrated as "Calculating Ada, the Countess of Computing"…writing about Babbage’s Analytical Engine, whose potential she was the only one to realise…in her extraordinarily prophetic "Notes"…As for Ada’s mother… Annabella Milbanke was married only a year before she left Byron, and he left the country…Miranda Seymour puts everything straight in this magnificent, highly readable double biography, which brings these two driven, complicated women vividly to life…In Seymour’s hands, Annabella’s pioneering work…at last assumes the status it deserves.   Her humanity shines through…Ada’s own short life was colourful, chaotic and bedevilled by illness…This is a very fine book.  Written with warmth, panache and conviction, its formidable research is lightly worn.'

‘The story of this unhappy trio has been told before, but seldom with as much brio as it is here. Miranda Seymour’s particular aim is to rescue Annabella from over a century’s worth of bad press… Only now, in Seymour’s careful hands, is she finally allowed to emerge as a figure who was neither saint nor sinner but somewhere in between.’

‘A seasoned biographer, [Miranda Seymour] brings her considerable powers to the lives of the human jetsam…left to sink or swim in Byron’s wake.'

‘A nuanced account, attuned to contemporary preoccupations...Goethe thought the spectacle of the Byrons’ marriage "so poetical that if Lord Byron had invented it, he would hardly have had a more fortunate subject for his genius." Seymour’s account...shows that it has lost none of its power to enthrall.’

‘Deft and compelling… The late Georgians invented the cult of celebrity and Byron was its first and finest creation. His wife and daughter could not escape fame, they could hope only to avoid notoriety. Annabella’s attempts to preserve her reputation and other people’s attempts to salvage Byron’s have left a pall of smoke from burning letters and diaries, further obscuring the facts that remain. Seymour carries off a delicate balancing act, combining the historian’s proper caution with acute judgements and a dashing narrative pace.’

‘Seymour manages to offer a supremely even-handed and well-evidenced account of the relationship without losing any of the juicier details (Byron’s affair and possible daughter with his half-sister; his predilection for sodomy; his seeming derangement in the face of wedlock)…one of the many strengths of Seymour’s study is its illustration of these accomplished women’s lives apart from the man who deserted them. Seymour is a master of character, and here she gives us two ferociously intelligent women who were deeply ambivalent about motherhood and their place in the male-dominated fields they inhabited.’

‘Miranda Seymour joins the dots with a wonderful account of the life of Ada’s mother, Annabella Milbanke, a society heiress and education reformer who outlived both husband and daughter.  This double biography…is a scholarly treatment of sensational material, and it’s often as gripping as a soap opera’

– Sunday Times Books of the Year

‘A skilful account of Lord Byron’s disastrous marriage to the heiress Annabella Milbanke…and then on their daughter, Ada, Countess of Lovelace, computing pioneer, who descended into drugs and debt’

By Miranda Seymour
LIST PRICE £5.99
PRICE MAY VARY BY RETAILER