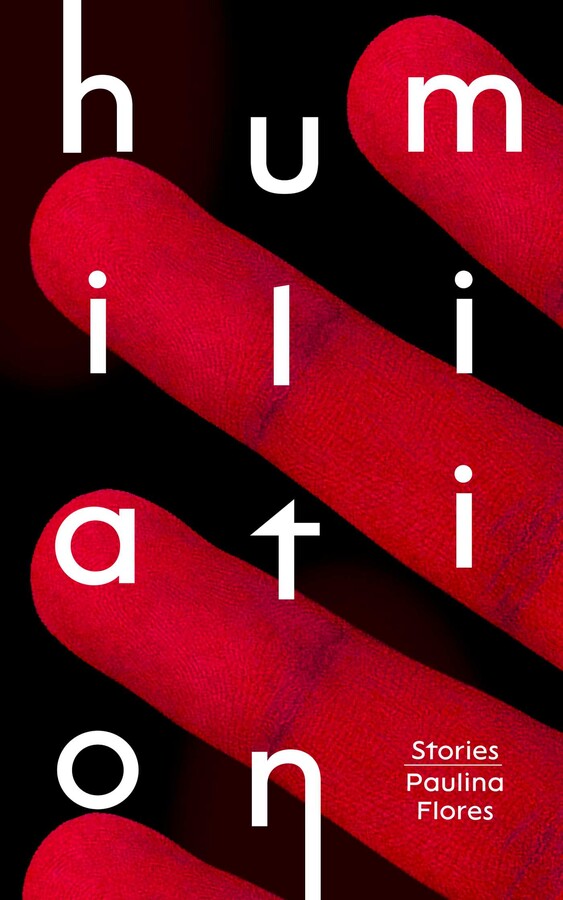 From the dusty backstreets of Santiago and the sun-baked alleyways of impoverished fishing villages to the dark stairwells of urban apartment blocks, Paulina Flores paints an intimate picture of a world in which the shadow of humiliation, of delusion, seduction and sabotage, is never far away. This is a Chile we seldom see in fiction.

With an exceptional eye for human fragility, with unfailing insight and extraordinary tenderness, Humiliation is a mesmerising collection from a rising star of South American literature, translated from the Spanish by Man Booker International Prize finalist Megan McDowell.

‘In this impressive debut, nimbly translated by Megan McDowell, Flores explores the indignities of poverty, widespread in her native Chile… Like Alice Munro, Flores sparks empathy with a careful attention to details. Humanity, she makes clear, is bound together by a shared vulnerability.’

'An exceptional debut - beautifully translated by Megan McDowell - from one of Latin America's most exciting young writers.'

‘I was struck by the maturity and richness of Humiliation… [the stories] show a side of Chile that is very relevant in the current political climate of the country’.

'It’s still rare to encounter a debut with a grip this sure. Young Chilean writer Paulina Flores leads you with such cool confidence through her nine stories that I can’t wait to follow wherever she goes next... Masterly.'

'Every once in a while one encounters a new voice and thinks: they will last.'

'An incredible storyteller. Paulina Flores has a knack for laying bare those fragile, often inarticulated, often hard to pin down emotions children hold for their parents.'

'Until the protests, nobody outside of Chile was talking about how one percent of its inhabitants take home one third of the income generated in the entire country. The fearless, clear-eyed stories of Paulina Flores offer a portal into what living in that extreme inequality means.'

'Written with the possessive, disquieting calm of contemporaries like Catherine Lacey and Richard Chiem, Humiliation is a dazzling debut from a woman within full command of her craft.'

'Winner of multiple awards, including the Roberto Bolaño Prize, Humiliation is an intensely political debut... The thing that these nine stories share most prominently is longing. For change. For approval. For affection.'

'A masterful collection of uncommon stories'

'Flores has won several prizes in her native Chile, and it's not hard to see why: her prose (deftly translated by McDowell) is fluid and assured... This collection marks the arrival of an interesting young writer.'

'Flores' strong debut collection provides an intimate look at characters in a Chile brimming with desperation and misfortune... [These] intense stories are tied together with dark, palpable emotion... This is a challenging, impressive collection.'

'The magic of Paulina Flores’ writing lies in placing us in that critical moment when everything is about to change, yet everything seems still. A finely tuned literary high-wire act if ever there was one.'

'Paulina Flores deftly captures our startling humanity; there's awe and dread in these pages—but there's joy, too, fleeting and overwhelming. The worlds she crafts in Humiliation are our worlds, in all their terror and amazement.'

'Humiliation is a brilliant book that captures the volatility of misunderstandings, the moment when failures matter less than the need to share them.'

'Expertly translated into English by Megan McDowell, Humiliation heralds the arrival of a powerful new voice in international literature. Flores has her finger on the pulse of modernity?a writer to watch.'

'A debut that marks the arrival of a powerful figure in Chilean letters. [...] We must celebrate it wholeheartedly.'

'A brilliant and daring collection of stories.'

'Chilean author Paulina Flores might be only 28-years-old, but her mature style and her insight into the cracks beneath the surface of middle class life have astonished readers and critics alike.'

'Humiliation is a masterful collection of uncommon stories.'

'Stories through which life flows with astonishing ease.'

'A work that is as original as it is strong, as it is delicate.'

'With elegance, strength and the eye of a hunter, Paulina Flores writes as though she's lived twice as long as her age.'

'Flores’s style is minimalist and sparse, deprived of all artificiality, aiming straight at the heart.'

'While Paulina Flores’s approach is radically political, her stories explore a world of nuance and complexity, brought to life through the author’s relentless quest for the humanity in each of her characters.'

'Nimble, precise, emotional and enigmatic, every one of these stories suggests that Humiliation is only the start of what will be a long career.'

'Paulina Flores's vision is unique and, like only good literature can, it will confront, disturb, and dazzle you.'

'Fiction that is as alive as Chekhov's and as vibrant as Munro's.'

'The stories remain with you long after shutting the cover of her book. Her characters are fascinating?captivating you as you turn the pages, reminding you of what power there is in indulging in excellent writing.'